The American Legion and a Maryland planning commission are asking the U.S. Supreme Court to protect a cross-shaped World War I memorial, after the 4th U.S. Circuit Court of Appeals found the monument violates the Constitution.

Supporters of the petition say the 4th Circuit’s decision compromises war memorials across the country, including those at Arlington National Cemetery. Should the high court take the case, it would likely mark the new conservative majority’s first foray into the culture wars.

The American Legion erected a 40-foot tall memorial called the “Peace Cross” in Bladensburg, Maryland, in 1925. A plaque at the base of the monument lists the 49 war dead of Prince George’s County and a quotation from President Woodrow Wilson. The crux of the cross is emblazoned with the seal of the Legion, and the words “valor, endurance, courage, and devotion” appear on each face.

In the years following its installation, other memorials to county veterans were raised in the Peace Cross’s vicinity. That collection of statuary has since been designated Veterans Memorial Park.

The Maryland-National Capital Park and Planning Commission has administered the Peace Cross since 1961, when it was acquired from the Legion.

Three Maryland residents represented by the American Humanist Association (AHA) sued the commission in 2014, arguing the monument runs afoul of the First Amendment’s ban on religious favoritism. The Legion intervened and entered the dispute as co-defendants.

Though a federal trial judge found for the commission, a three-judge panel of the 4th Circuit reversed, finding the Peace Cross impermissibly endorses Christianity.

“One simply cannot ignore the fact that for thousands of years the Latin cross has represented Christianity,” Judge Stephanie Thacker wrote for the majority. “Even in the memorial context, a Latin cross serves not simply as a generic symbol of death, but rather a Christian symbol of the death of Jesus Christ.”

The panel also ruled that public funds expended on the memorial’s maintenance excessively entangled the government with religion. The Maryland commission has set aside upwards of $200,000 to conserve the monument. In its brief opposing review to the Supreme Court, the AHA argued such appropriations effectively use taxpayer dollars to curate a Christian symbol.

The full 4th Circuit declined to rehear the case on an 8-to-6 vote, prompting a dissent from Judge Paul Niemeyer, who warned the decision imperils similar monuments within their jurisdiction, including those at Arlington National Cemetery. (RELATED: Anger Recedes As Normalcy, Humor Mark Kavanaugh’s First Day On The Bench)

“It needlessly puts at risk hundreds of monuments with similar symbols standing on public grounds across the country, such as those in nearby Arlington National Cemetery, where crosses of comparable size stand in commemoration of fallen soldiers,” Niemeyer wrote.

Thacker distinguishes the Arlington crosses from the Bladensburg memorial in her majority opinion, though the commission warns her distinctions are “empty” in its petition.

Arlington National Cemetery features two Latin large crosses: the Argonne Cross in section 18 commemorates American military personnel who died in France during the First World War. The other is the Canadian Cross, which honors the shared sacrifice of U.S. and Canadian fighting men. Canadian Crosses of identical design appear in battlefield cemeteries around the world. 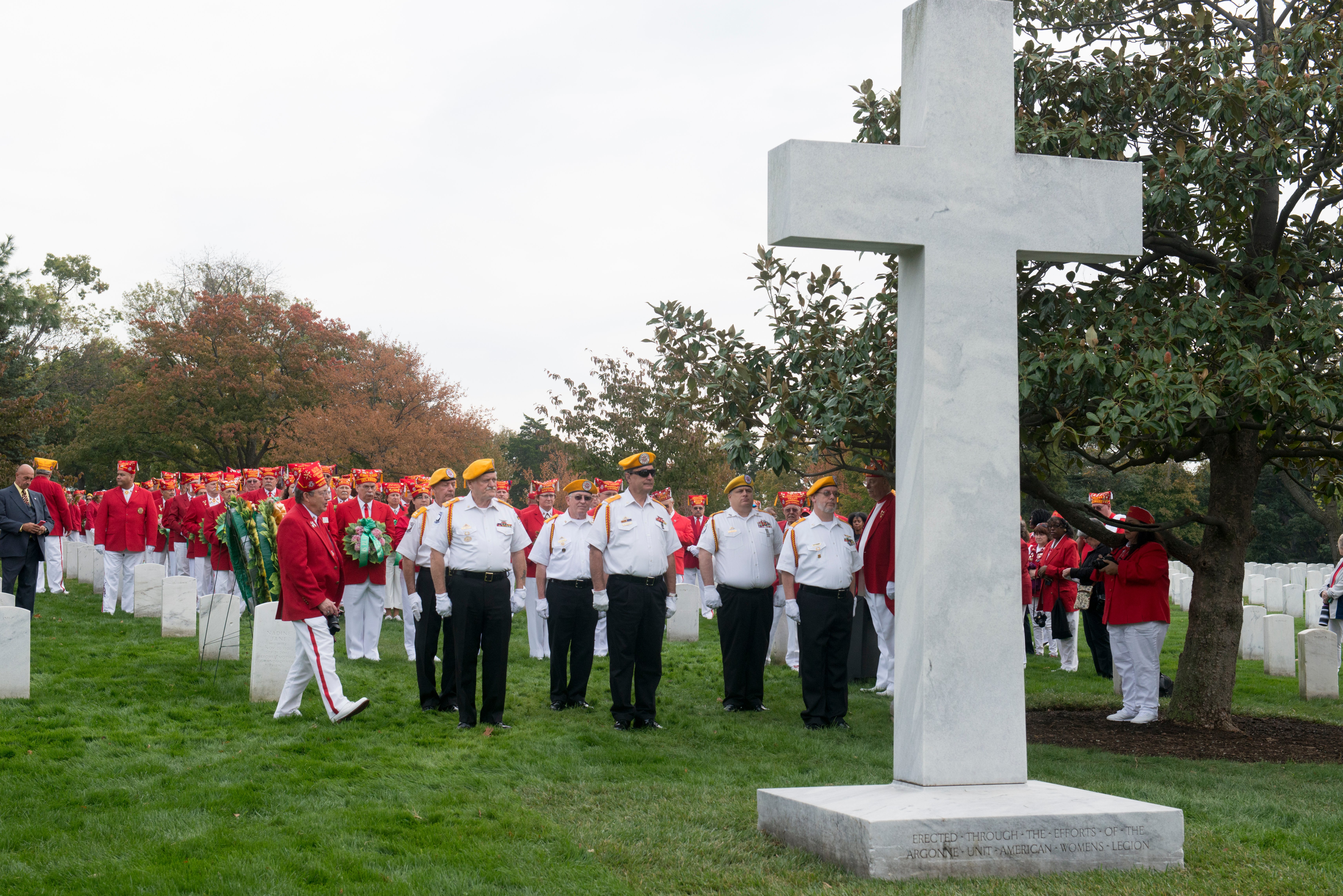 The commission says the Supreme Court’s intervention is needed to preserve statuary like the Peace Cross and bring clarity to an area of First Amendment law which has deeply divided appeals courts. The justices are more likely to take cases that divide federal courts over the same question of law.

Appeals courts in Denver and San Francisco “have adopted what amounts to a virtual per se prohibition on the use of crosses as symbols of commemoration,” the commission wrote in its petition. As a judge on the Denver-based 10th U.S. Circuit Court of Appeals, Justice Neil Gorsuch participated in one such case, joining a dissent after the court decided a cross-shaped monument to slain officers of the Utah Highway patrol was unconstitutional.

In contrast, the 2nd and 5th U.S. Circuit Courts of Appeal allow memorial crosses, provided that they convey a non-sectarian message.

The circuits appear divided on several points, including the relevance of a monument’s history, which factors to use when assessing public reaction to religious imagery, and whether a cross can ever serve as a secular memorial. In response, the AHA argues these divisions are overstated or non-existent and do not require the Supreme Court’s guidance.

Judges often use the reasonable observer test to determine whether government action constitutes an endorsement of religion. The test asks if an informed onlooker would detect religious bias in laws, policies or public displays.

Where monuments are concerned, courts assess how the context and purpose of religious symbolism shapes the observer’s perception. In a foundational 1984 case, the Supreme Court allowed city officials in Pawtucket, Rhode Island, to display a nativity creche during the Christmas season, as it was a passive fixture that appeared among other seasonal decorations and served broadly secular goals like marking the origin of a federal holiday.

In another case from 2005, the high court extended protection to a sculpture of the Ten Commandments on the grounds of the Texas state house. There the justices said the Commandments are deeply interwoven with the history and tradition of the country. As in the creche case, the Court said the mere presence of religious content in public settings does not violate the Constitution.

The religious display cases do not always track the Court’s ideological divide. Justice Sandra Day O’Connor joined three liberals in dissent in the Commandments case, while Justice Stephen Breyer joined the conservative majority as to the result.

In a separate opinion, Breyer noted the sculpture was situated among other statuary in a space that does not accommodate religious activity, stood for decades without objection, and clearly indicated that it was donated by a secular group. 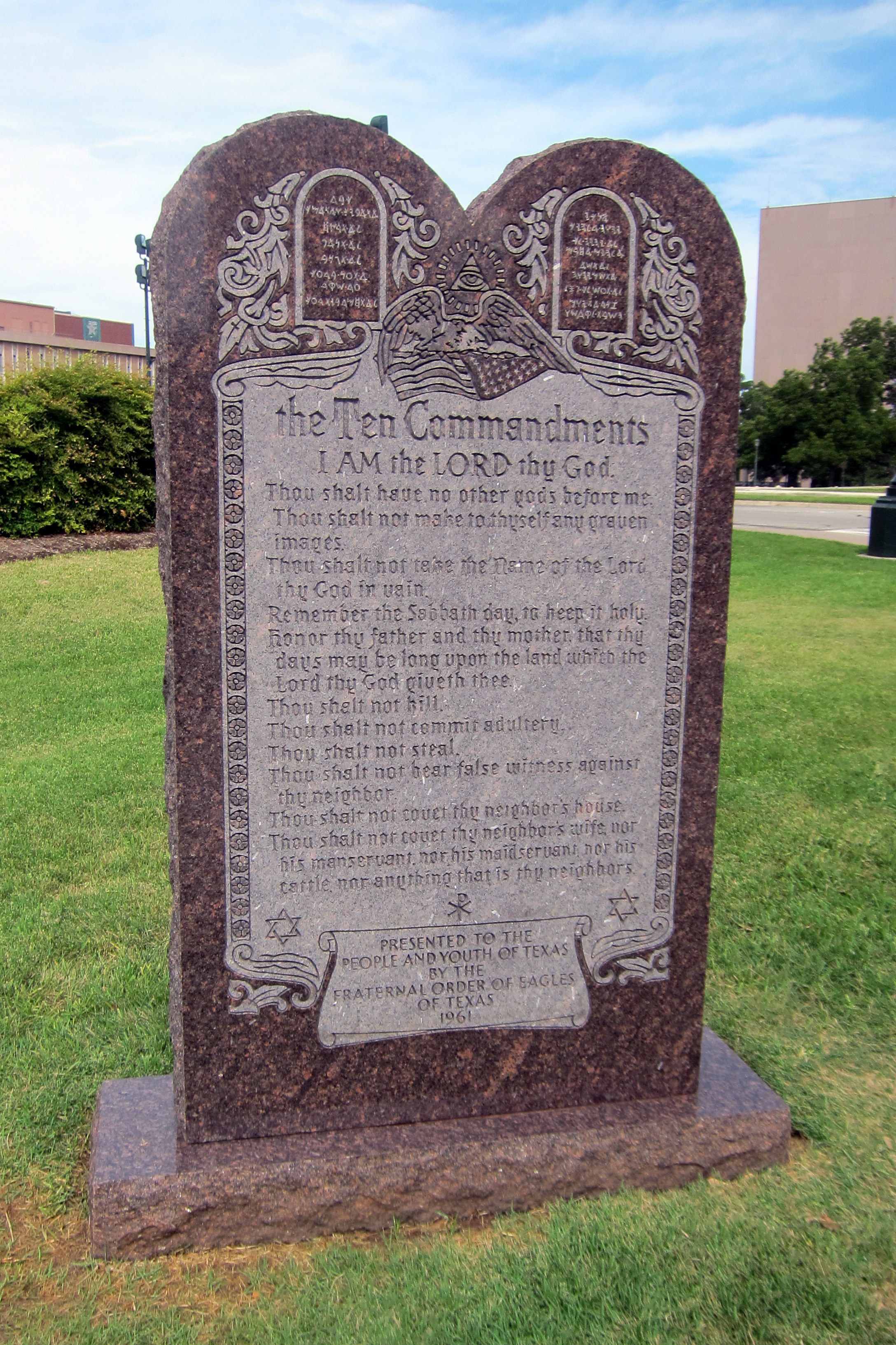 The Ten Commandments statue on the grounds of the Texas State House. (Credit: Wally Gobetz, accessed via Flickr creative commons)

The Maryland commission sees the Bladensburg Peace Cross as analogous to the creche and Commandments cases, as it was first raised by the American Legion, stood unchallenged for almost a century among other war memorials, and serves primarily to remember the honored dead.

The AHA counters that the monument dominates its surroundings — standing alone in the middle of the county’s busiest thoroughfare — and is not inclusive to veterans of other faiths, despite the presence of large Jewish communities in Maryland and Washington, D.C.

The Court received the petition on July 3. The case has been “relisted” several times. This could be a sign that the justices are carefully considering the petition, or it could indicate that a justice is drafting a dissent from the Court’s refusal to review the 4th Circuit’s ruling. A decision as to whether the case will be heard could come as soon as Oct. 29.

A coalition of retired generals and flag officers led by Reagan-era Attorney General Edwin Meese filed an amicus (or “friend-of-the-court”) brief urging the justices to take the case and preserve the Peace Cross. The coalition notes Congress has approved the acquisition of cross-shaped veterans memorials by overwhelming vote, and incorporated religious imagery into military medals and commendations.

The main thrust of their argument, however, casts the Peace Cross as the natural successor to thousands of battlefield grave markers around the world. In the midst of war, plain, makeshift crosses are often erected over the burial plots of the dead, regardless of the deceased’s religious convictions.

The Peace Cross, they say, thus evokes distant battlefield cemeteries of the sort described in John McCrae’s poem “In Flanders Fields,” cited repeatedly in the commission’s brief: “In Flanders Fields the poppies blow, between the crosses row on row.”