A local restaurant owner in Mt. Juliet, Tennessee, has faced backlash since he rented out his event room for U.S. Senate candidate Republican Rep. Marsha Blackburn on Saturday.

Tom Courtney of Courtney’s Restaurant and Catering rented out the space for Blackburn to host a meet-and-greet last weekend.

“People have posted they love our food, but will no longer come to the restaurant,” Courtney told The Wilson Post. “I have never in my life experienced such a thing. It’s scary.”

The radical Left is out of control, and their angry mob is right here in Tennessee. Tom, we appreciate your opening your restaurant up to us, and we hope you are treated with the same respect as you treat your customers.https://t.co/DbJriASwZO

“I was called a Nazi sympathizer of all things,” he said to the paper earlier this week. “It’s hurt my business, my staff, me and my family. I’ve never seen grown people, or whoever is hidden behind the screens, act in such a manner. I have partners.”

Blackburn chimed in on Twitter, showing her support for Courtney. “The radical Left is out of control, and their angry mob is right here in Tennessee. Tom, we appreciate your opening your restaurant up to us, and we hope you are treated with the same respect as you treat your customers,” she tweeted. 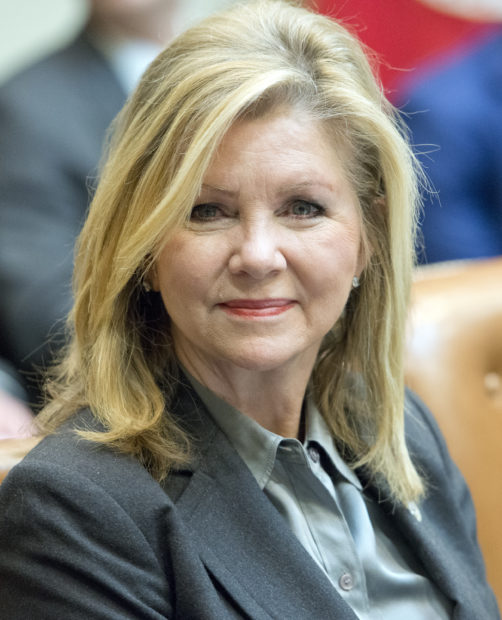 She is running against Gov. Phil Bredesen. According to a recent poll conducted by the New York Times, Blackburn has a double-digit lead in the race. (RELATED: Marsha Blackburn Up In Latest Tennessee Senate Poll)

This is not the first time a restaurant owner has faced backlash after supporting a Republican facing criticism in their business. In July, a bookstore owner in Virginia called the police after a woman refused to leave and wouldn’t stop harassing former White House strategist Steve Bannon.

1
'Closer To Animals': Nick Cannon Goes On Racist, Anti-Semitic Rant, Says 'White People' And Jewish People Are 'The True Savages'
US
2
'Intellectual Curiosity ... Is Now A Liability': Bari Weiss Writes Scathing Resignation Letter From The NYT Amid Its Woke 'Civil War'
Media
3
'You Took My Son. Go To Hell': Family Of Murdered 1-Year-Old Baby Speaks Out Against Killers
US
4
Man Arrested After Shooting Two Washington Police Officers, Killing One
US
5
NBC News Spent Weeks Reporting On A Contributor's Journey Battling Coronavirus – But Now He Says He Never Had It
Media