The man arrested for sending threatening letters and white powder to Donald Trump Jr. and his family pleaded guilty in court Wednesday.

Daniel Frisiello, 24, of Beverly, Massachusetts, appeared in court and pleaded guilty to 13 counts of mailing a threat to injure the person and six counts of false information and hoaxes for sending white powder and threatening letters to Trump Jr.’s apartment, where both his former wife and mother-in-law were present, according to NBC News.

“You are an awful, awful person,” one note said. “I am surprised that your father lets you speak on TV. You make the family idiot, Eric, look smart. This is the reason why people hate you, so you are getting what you deserve. So shut the [expletive] UP!” 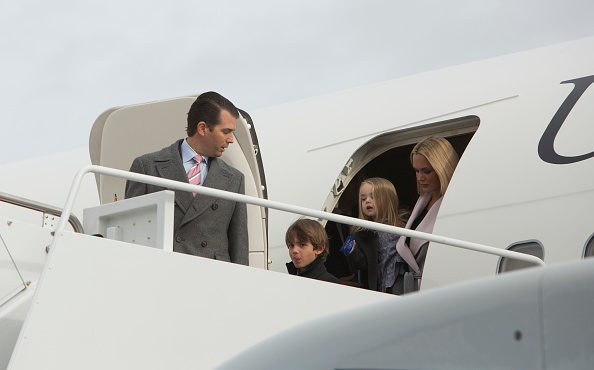 Law enforcement officials in New York City were dispatched to the apartment on Feb. 12. after a package was delivered containing a suspicious substance. President Donald Trump’s daughter-in-law, Vanessa Trump, who opened the package, was hospitalized along with three others. (RELATED: Man Arrested For Sending White Powder To Trump Jr.’s Apartment)

Frisiello was arrested and charged on March 1 and has been on house arrest since. He will be sentenced on Jan. 16, 2019.