It pains me to say it, but one of the most unbelievable hockey goals in human history was scored against the Philadelphia Flyers last night. 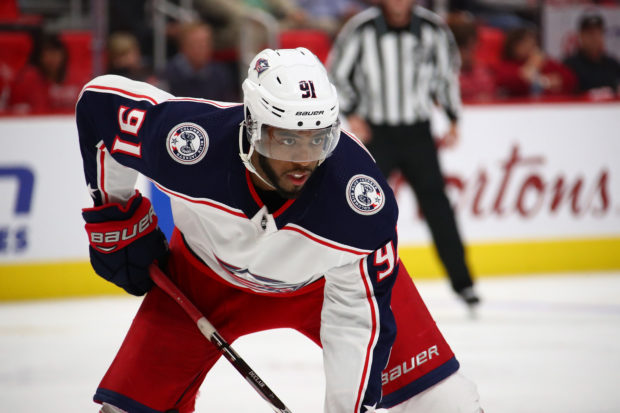 It happened during the Blue Jackets-Flyers game Thursday with less than three minutes left in the first period.

Blue Jackets forward Anthony Duclair somehow managed to turn over the puck, scramble into dangerous Flyers territory, beat out both Christian Folin and Robert Hang and somehow score through his own knees. (RELATED: The NHL’s Newest Mascot Is What Nightmares Are Made Of)

Watch the electric moment below:

It really, really pains me to say this, but this may be one of the greatest goals in professional hockey I’ve ever seen. It’s unfortunate that it had to be against the Flyers. But it doesn’t take away from the fact that this young, know-nothing Canuck absolutely wiped out, pretty much face-planted on the ice and managed to tie up the game and ultimately pull off a win.

That’s why you get paid the big bucks, I guess.

By the way, I’m still waiting for my payout since I’ve been skating circles around the competition on the internet since day 1.