The remarks came during a discussion about President Donald Trump’s reaction to the disappearance of The Washington Post contributor and political activist. (RELATED: Unseen Column By Missing Saudi Journalist Jamal Khashoggi Appears In The Washington Post)

“Let me get to the point that I think is most disturbing right now. The reporting that Jared Kushner may have, with U.S. intelligence, delivered a hit list, an enemies list, to the crown prince, to MBS, in Saudi Arabia, and that the prince then may have acted on that, and one of the people that he took action against was Mr. Khashoggi,” Castro said to CNN’s Poppy Harlow. 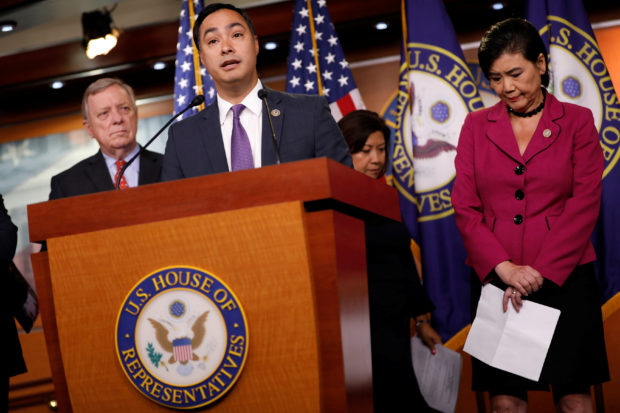 Harlow proceeded to interrupt Castro to inform viewers that she had not seen any reporting to that effect and asked Castro where he had heard such information.

Castro insisted he had seen reporting suggesting an assassination plot by Kushner.

“I’ve seen reporting to that effect … that needs to be investigated.”

The Daily Caller News Foundation has seen no reports suggesting the disappearance of Khashoggi has anything to do with Kushner.

1
'It's Over': Atlanta Mayor Says Protesters Should Clear Out After 8-Year-Old Girl Shot And Killed
US
2
Farrakhan Accuses Fauci And Bill Gates Of Plotting To 'Depopulate The Earth' With Coronavirus Vaccine
US
3
Here's How Dem Candidates Who Supported Ocasio-Cortez's Green New Deal Are Faring In The Primaries
Elections
4
Police Officer Opens Fire During Altercation Over BBQ. The Video Is Absolutely Insane
Editorial
5
Black Lives Matter Totally Shuts Down Nation’s Capital On Independence Day
US