The Department of Justice is not only investigating child sexual abuse in the Catholic Church in Pennsylvania, but also in Buffalo, New York.

The U.S. attorney in Buffalo served a subpoena to the diocese, opening an investigation into whether diocesan clergy took children across state lines for sexual purposes, which would constitute child trafficking. That investigation, along with federal subpoenas served to seven Pennsylvania dioceses, marks the first time the federal government has investigated the Catholic Church for sexual abuse cases. (RELATED: Predator Priest Named In Pennsylvania Abuse Report Pleads Guilty To Sexually Abusing Boys) 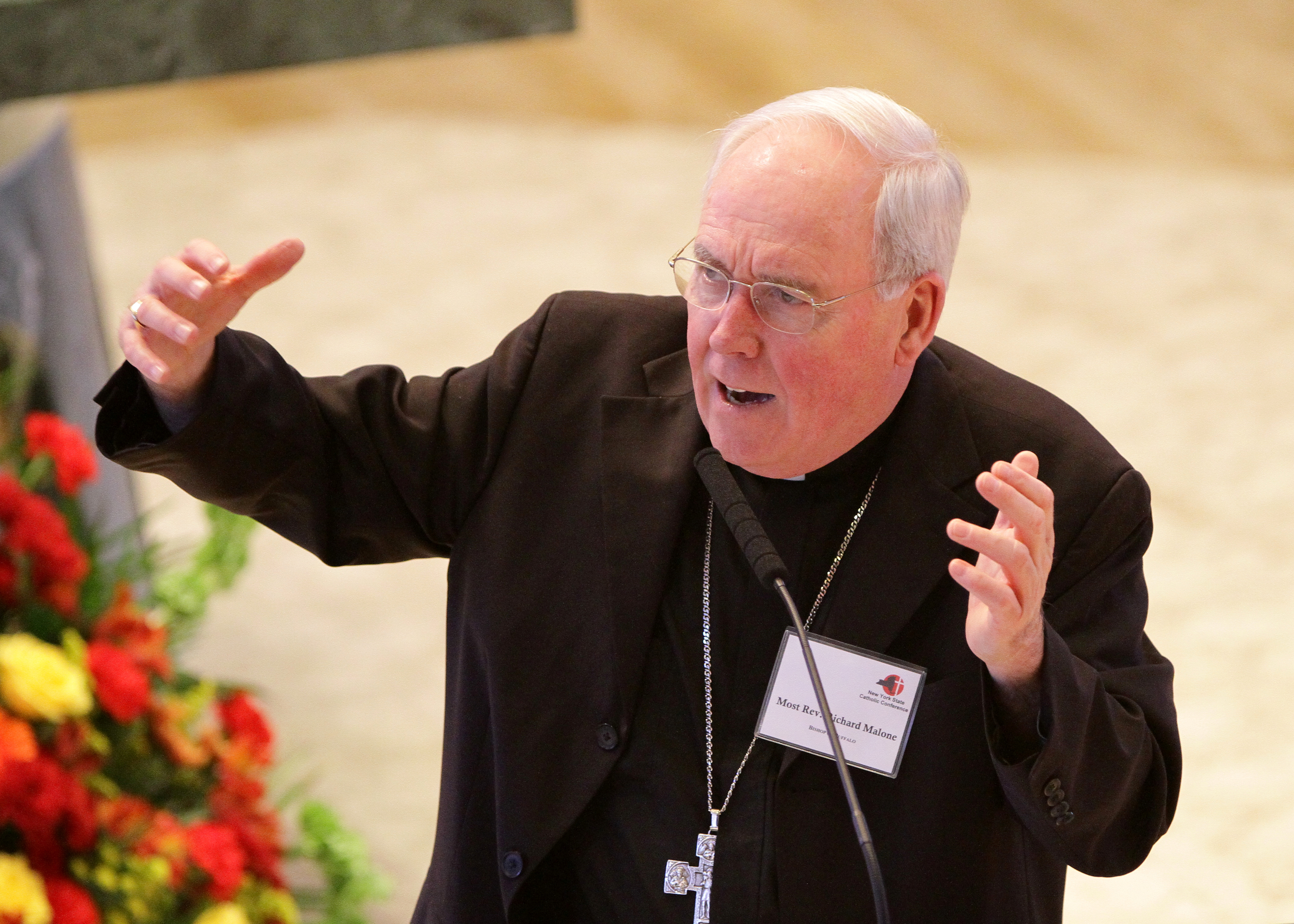 Bishop Richard J. Malone of the Roman Catholic Diocese of Buffalo, New York, gives a presentation during a gathering of New York state bishops and catechetical leaders at the Immaculate Conception Center in the Douglaston neighborhood of the Queens borough of New York, U.S., Sept. 27, 2012. REUTERS/Gregory A. Shemitz

The investigation reportedly began several months before the U.S. attorney’s office in Pennsylvania initiated its investigation, prompted by the release in August of Pennsylvania’s grand jury report on clergy sexual abuse. That report identified over 300 predator priests and 1,000 victims, though authorities believe that the actual number of victims is much higher and has been obscured by years of systematic cover-ups by church officials.

While the majority of the crimes detailed in Pennsylvania’s report had passed the statute of limitations, two priests named in the report have been convicted of sexual abuse crimes and await sentencing.

Buffalo’s Catholic Church also faces pressure from its parishioners, in addition to the federal investigation, as many of them have called for Bishop Richard Malone to resign in light of an investigative report revealing that Malone knowingly allowed a predatory priest to remain in ministry. Malone has thus far refused to resign.