Andrew Pollack blasted Democrats on Thursday for “failing” his daughter Meadow, who was killed in the Parkland, Florida school shooting.

“Now Nancy Pelosi is saying that if the Dems take back the House they will take away guns to honor Parkland victims,” Pollack said. “From a victims dad, go to hell Dems.”

From a victims dad, go to hell Dems #FixIt

House Minority Leader Pelosi said earlier this week that gun control would be a top priority for Democrats if they took control of the House after the 2018 midterm elections.

During a visit to the White House in February, Pollack said, “It is not about gun laws. That is another fight, another battle. Let’s fix the schools and then you guys can battle it out whatever you want. But we need our children safe.” 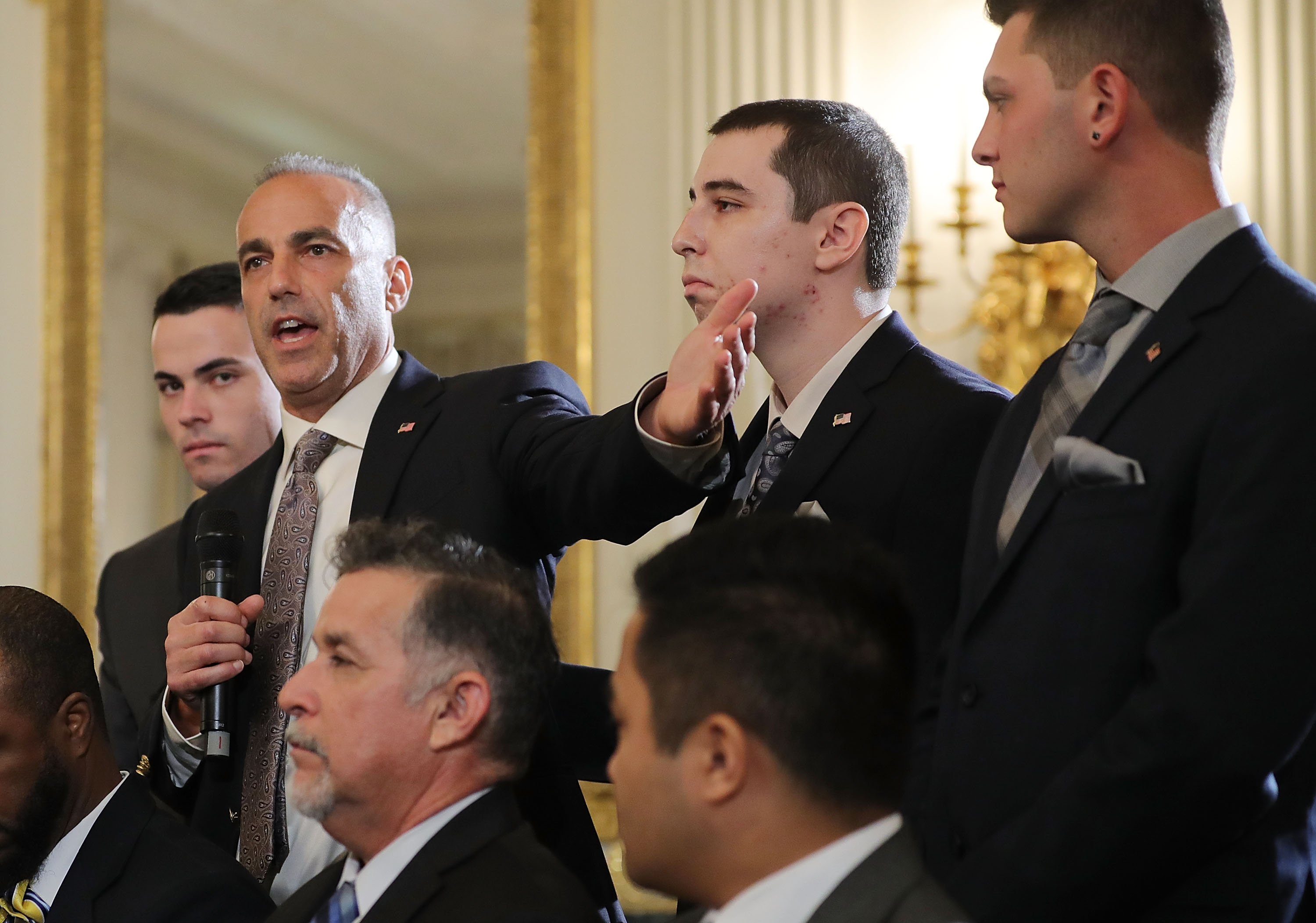 WASHINGTON, DC – FEBRUARY 21: (AFP OUT) Andrew Pollack, whose daughter Meadow Pollack was shot to death last week at Marjory Stoneman Douglas High School, is joined by his sons as he addresses a listening session with U.S. President Donald Trump in the State Dining Room at the White House February 21, 2018 in Washington, DC. (Photo by Chip Somodevilla/Getty Images)