The next mission to Mercury is planned to launch at 9:45 p.m. ET on Friday night from Kourou, French Guiana.

BepiColombo will take seven years to reach Mercury after leaving Earth and will make several planetary fly-bys including Earth, Venus and Mercury itself, before it slows enough to maintain an orbit of the solar system’s smallest planet. It includes two probes — one that will orbit the planet closely, while the other “will orbit farther away, measuring Mercury’s magnetic field,” according to NPR.

Space.com will be providing live coverage of the launch Friday with a commentary starting at 9:15 p.m ET. 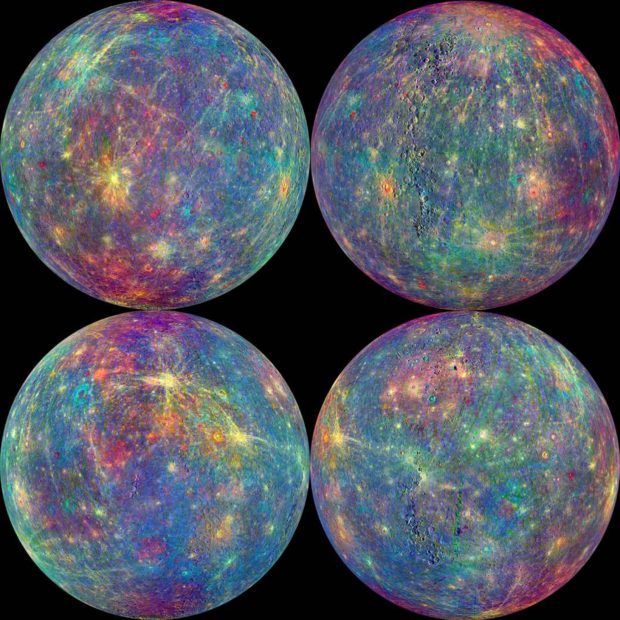 A combination image by NASA from the Mercury Atmosphere and Surface Composition Spectrometer (MASCS) instrument aboard NASA’s MESSENGER spacecraft shows the surface of the planet Mercury in this image released on April 28, 2015. The MESSENGER spacecraft is the first ever to orbit the planet Mercury, and the spacecraft’s seven scientific instruments and radio science investigation are unraveling the history and evolution of the solar system’s innermost planet. MESSENGER’s highly successful orbital mission is about to come to an end, as the spacecraft runs out of propellant and the force of solar gravity causes it to impact the surface of Mercury near the end of April 2015. REUTERS/NASA/Johns Hopkins University Applied Physics Laboratory/Carnegie Institution of Washington/Handout

The Japanese and European joint mission to Mercury is named BepiColombo after the Italian scientist Giuseppe “Bepi” Colombo, who originally calculated the optimal path for an unmanned flight to reach orbit around Mercury, according to the European Space Agency (ESA). The first probe sent to Mercury, the Mariner 10, launched in 1973, utilized Colombo’s calculations to achieve a series of passes near the small planet.

The space journey will be “especially challenging because Mercury’s orbit is so close” to the sun, according to the ESA. (RELATED: Chinese City Set To Replace Street Lights With Artificial Moon)

It’s estimated the mission will cost European and Japanese space agencies about $1.9 billion, and “national space agencies in Europe have paid for the instrumentation on the MMO, taking the overall budget” to about $3.5 billion, BBC reported.

This will be Europe’s very first mission to Mercury, a trip that will take about 5 billion miles, according to CNBC.