“This woman, Ocasio-Cortez, should be ashamed of herself and anybody who was her teacher in school should be embarrassed,” Gorka began. “That video shows her comparing the threat of Adolf Hitler in World War II to climate change.” 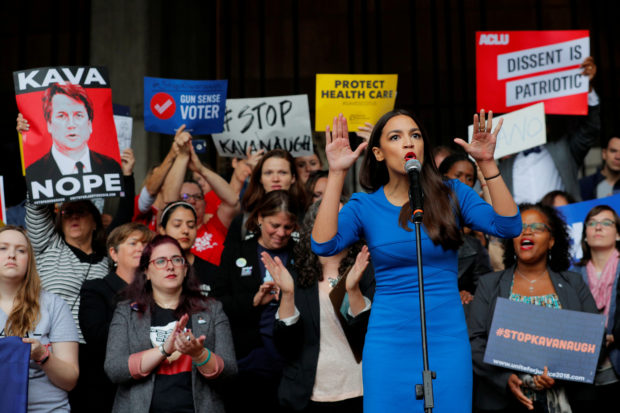 Then Gorka shifted his focus and addressed the New York congressional candidate directly.

Miss Cortez, 60 million people were killed in World War II, almost half a million Americans died. Six million Jews died in the Holocaust. This is a war that involved 10 million GIs, and this is comparable to climate change? This is the lunacy of the Democrat party today and that is why when it comes to the election, what is it, 16 days from now, got to be down ticket Republican all the way.

Host Ed Henry interrupted to remind Gorka that the election was 17 days away. “It is 17, but you are getting people fired up to get there a day early,” he laughed. (RELATED: Sebastian Gorka on Trump, The Threats We Face And ‘Why We Fight’)

When asked how the fresh energy of younger candidates like Ocasio-Cortez could be reconciled with the Democratic Party’s “old guard” who are reluctant to cede power, like House Minority Leader Nancy Pelosi, Gorka fired back.

I think it is a deadly combination … The ignorance and arrogance is a cocktail for disaster and that is why you can’t let the mob take control. This is why I wrote ‘Why We Fight,’ to understand what are the principles on which we built the nation how they’re at risk. Remember the footage a few days ago of anti-Brett Kavanaugh, literally clawing at the bronze doors of the Supreme Court, do you want that to run our country?

Gorka, whose parents fled communist Hungary before he was born, went on to address the risks inherent with a young population that appears to be in favor of a socialist America.