Freeland told the Globe and Mail Friday that “names have to be named and responsibility has to be borne.”

Freeland made the comments before the Saudi government admitted that Khashoggi was indeed dead — though according to the kingdom, the former Washington Post columnist had been on the unlucky end of a fight, and there was no mention of torture, murder or dismemberment. (RELATED: Saudi Doctor Prescribed Music For Those Watching Journalist Getting Murdered, Dismembered) 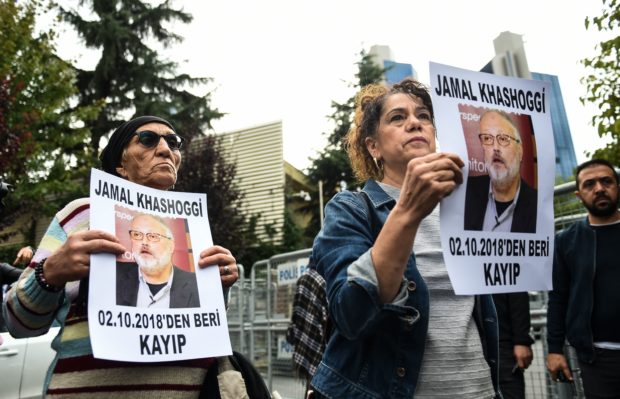 “Those responsible must be named, they have to be called to account, they have to bear full responsibility for this. That is something that, speaking for Canada, we are insisting on,” Freeland told the Globe.

Even before the Saudis issued a statement on Khashoggi’s death, Freeland was doubting the veracity of Saudi reports.

“There’s a lot of information that has been made public, and the direction that that is pointing is extremely worrying,” Freeland told the Globe.

Canada remains in a diplomatic battle with Saudi Arabia after Freeland tweeted criticism of the Saudi government’s treatment of civil rights activists.

Freeland told the Globe that Canada continues to discuss the Khashoggi incident with those concerned.

The foreign affairs minister hesitated to name any specific actions Canada would take against Saudi Arabia if the government is proven to be liable for Khashoggi’s death, but she suggested there would be harsh ramifications.