Justice Neil Gorsuch has made pleas for good faith and civility a watch word of his early tenure on the U.S. Supreme Court, regularly decrying the decline of respect in civic life.

According to SCOTUSblog, Gorsuch lamented that decency, good will, and kindness are “under assault in our society right now, and in our profession,” and feared that appeals to dignity have become blasé. He went on to say that people may disagree sharply but share a deep sense of patriotism.

The justice hit a similar register when he delivered a luncheon address to The Fund for American Studies in September 2017, where he warned that acrimony would compromise core constitutional values.

“Without civility our bonds of friendship in our communities dissolve,” Gorsuch said.

“To be worthy of our First Amendment freedoms, we have to all adopt certain civil habits that enable others to enjoy them as well,” he added. “It’s no exaggeration to say, I think, that to preserve our civil liberties, we have to constantly work on being civil with one another.” (RELATED: The American Legion Is Asking The Supreme Court To Save A Cross-Shaped War Memorial)

One month later in October 2017, Gorsuch told a conference of the American Inns of Court that attorneys should not use offensive “junk yard dog” tactics in litigation, but proceed with respect for the parties and opposing counsel.

“The rewards of an ethical practice are a lot more profound than the dollars and cents, the mansions, the cars,” he said, according to the ABA Journal.

Gorsuch’s Wednesday speech was his first public appearance since the confirmation of Justice Brett Kavanaugh, which heaved the high court into the kind of bitter political conflict it prefers to avoid. Hundreds of anti-Kavanaugh demonstrators were arrested during the rancorous confirmation week on Capitol Hill, while the Court itself hosted over one thousand protesters as Kavanaugh was formally installed during a private ceremony. 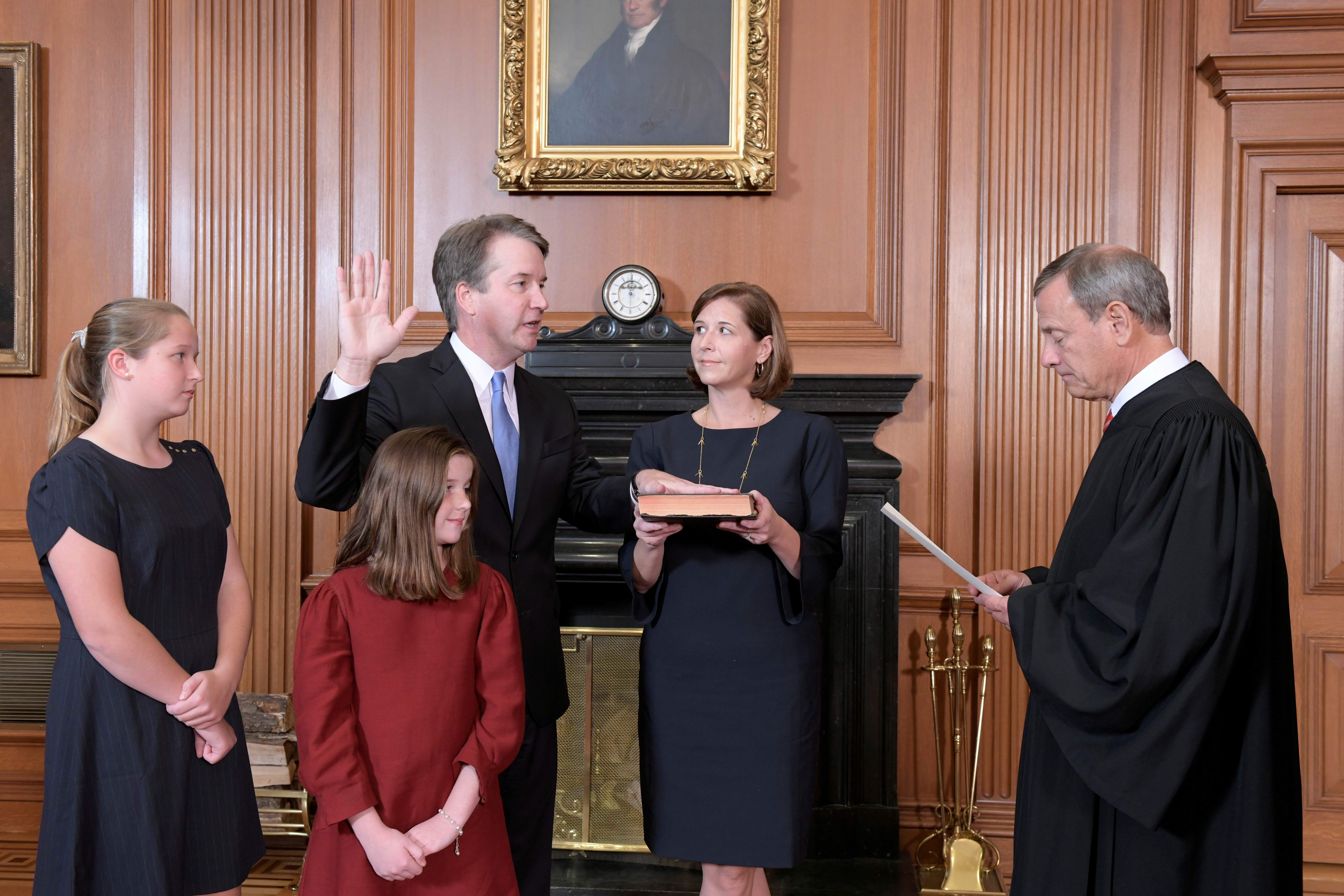 Brett Kavanaugh is sworn in as an Associate Justice of the U.S. Supreme Court by Chief Justice John Roberts as Kavanaugh’s wife Ashley holds the family bible and his daughters Liza and Margaret look on. Fred Schilling/Collection of the Supreme Court of the United States

In the days following Kavanaugh’s confirmation, the Court has tried to project sobriety and seriousness of purpose. Chief Justice John Roberts promised to protect the high court’s independence and impartiality during a speech at the University of Minnesota Law School on Oct. 16, where he approvingly quoted a portion of Kavanaugh’s speech during his ceremonial swearing-in at the White House.

The other justices appear to be of the same mind, as normalcy and humor were the order of the day when Kavanaugh appeared for his first public session on the bench on Oct. 9.