FROM AN UNDISCLOSED LOCATION IN WASHINGTON — First of all, I love Donie O’Sullivan’s Irish accent. Where have they been hiding Donie (pronounced Doe-knee)? He’s a CNN reporter I’ve never seen before despite the fact that he has worked for the network for two and a half years. And he’s at least making “Reliable Sources” more bearable today.

He reminds me of CBS’s late—late—night talk show host James Corden — they’re absolute doppelgängers. Pudgy guys with hair and exotic accents. There should be more of these types on cable news.

“The bad actors, the trolls are lot more sophisticated, particularly able to mask where they’re operating,” he sys.

O’Sullivan broke a story this week an elaborate scam with pages from a Bangladesh operation that was pretending to be a women’s march. “So fake activism,” Stelter explains.

“Facebook is trying a lot of resources at this problem, O’Sullivan continues. “They’re investing in artificial intelligence,” O’Sullivan continued. “…The problem with that is where the Russian actors are idealogical, this Bangladesh operation appeared to be something that was making money off activism.”

O’Sullivan, who previously worked for Storyful in Dublin, covers the intersection of tech and politics. He has an “elementary proficiency” in Gaelic.

Earlier in the week, Stelter tweeted about a cabbie who picked him up. The CNN host said he took the long way to wherever he was going so he could listen to the guy critique him — he said Stelter is too dramatic on air.

He’s got a point.

CNN Global Affairs analyst Max Boot is on the show. So are WaPo’s national correspondent Philip Bump and Dara Lind, a senior reporter at VOX.

It appears to be cranberry-hued tie day today on “Reliable Sources.” Boot is sporting one. Stelter, too.

Stelter says FNC is distorting the caravan of migrants who are traveling north to Mexico. So is Trump. “What we are seeing is the Fox News presidency in action,” Stelter says, displaying Brady Bunch boxes of Fox News screenshots.

Lind explains that the caravan is heading for the Mexico-Guatamala border and is not as close to the U.S. as Trump is making it appear to be.

So how’s the media doing?

Boot says the Republican Party has transformed into a “white nationalist party with a conservative fringe” that is pushing a “xenophobic” agenda.

But apart from Fox News, he says, the media isn’t doing so badly.

“Most of the media is doing a pretty good job of presenting this,” Boot says. “You are kind of hostage to the video. …It’s easy for the fear mongering voices of the right. …Just the pictures themselves can give a very misleading image. …A lot of these are people are women and children…These are people we should be empathetic to.”

“THE POLITICS OF FEAR,” blares the CNN chyron.

Next up: Jamal Khashoggi, the Washington Post reporter who was reportedly murdered at the Saudi consulate in Istanbul. 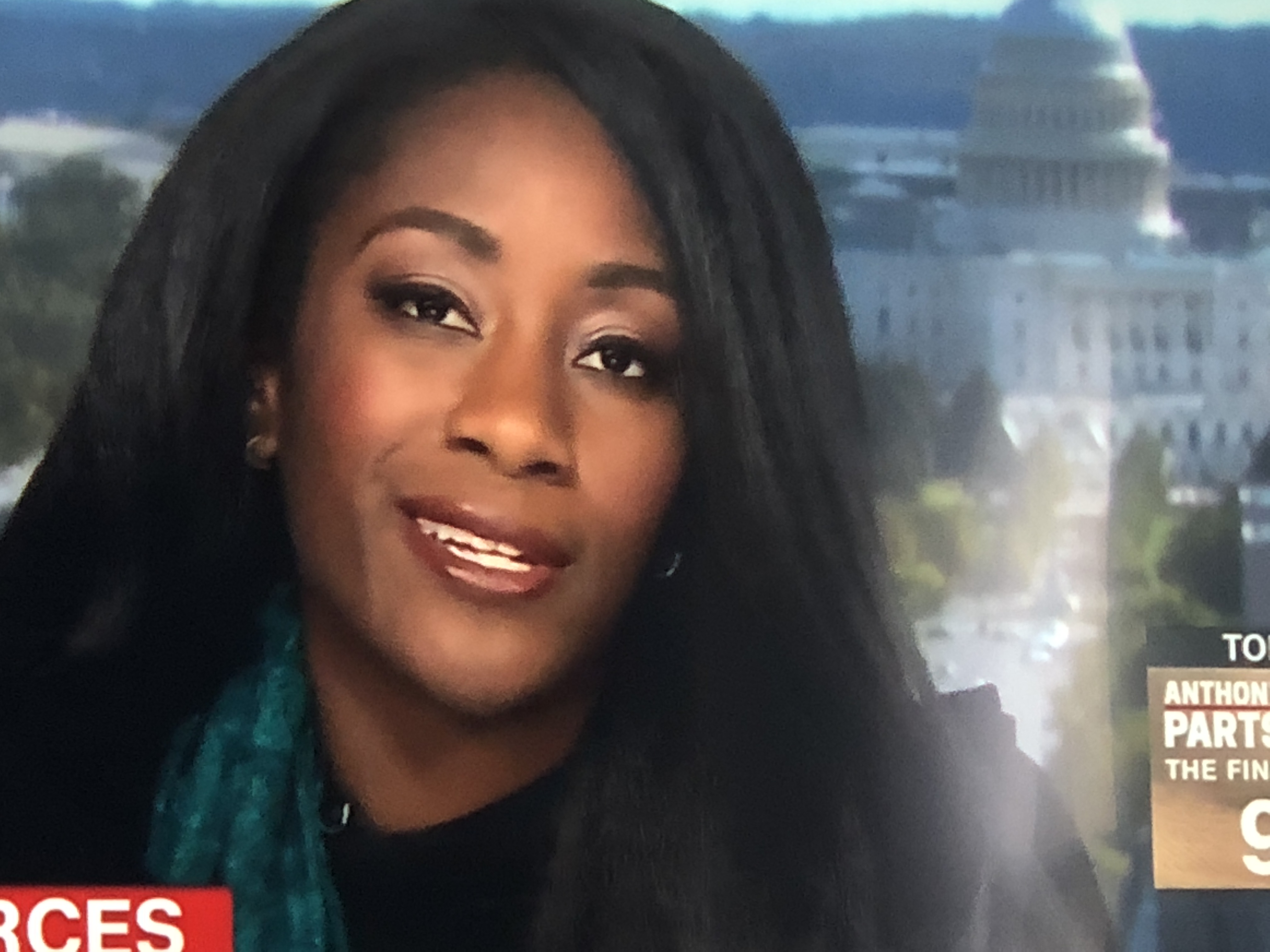 Stelter reports that Trump said there was “deception” and “lies” in his murder on the part of the Saudi’s. He also says Trump emphasizes the “importance” of the U.S.-Saudi relationship.

The guest is WaPo’s Global Affairs editor Karen Attiah, Khashoggi’s editor for the past year, who is making a live appearance on the show.

“It has been an agonizing trip of terrible information for the last two weeks,” she says. “The finality of it is for me personally very hard. … His family is devastated. …At the end of the day, this was a man, a human being who just wanted to write and gave his life for it.”

She says the idea that Jamal may have been in a “fistfight” is “total B.S.”

Stelter gets gravely emotional with her: “Karen, thank you so much for finding the strength to keep Jamal’s spirit alive. I don’t know how you’re doing it.”

She thanks him for keeping the story alive.

Ask and you shall receive. Tim Dixon is on the show in a pre-taped interview. He’s co-founder of “More in Common” and he’s got a smart Aussi accent. I’m not sure what he’s talking about yet, because I am still trying to detect where he’s from. I’ll have to rewind.

“Both sides are always focused on the other side,” he says, explaining that the “us versus them” voice is always there.

Dixon’s CV is impressive. Back in 2007, impressively worked as a chief speechwriter and senior economic adviser to two Australian Prime Ministers. (He should not be confused with the English news presenter with the same name who won awards for his youthful magic tricks. I can’t help but wish that Stelter had invited the magician on the show.)

Stelter says he watches Fox & Friends in the morning and thinks he’s at war. But then he goes out into the street and everyone is “really friendly” and he goes on the subway and everything is OK.

Here comes CNN political analyst Carl Bernstein. He’ll be patched in from the Hamptons, placed in front of some bookshelves and will go on and on and on. He’s one of the nation’s most famous journalists, but he drones. And he always says the same thing: Journalists need to keep pounding away at the White House.

Today he’s perseverating on the topic of truth. Not a bad thing to push, but a broken record is an annoying vessel.

“We have had presidents in the past who have lied, but what we’ve never had is a president of the United States who uses lying and untruth as a basic method to promote his policies his beliefs and his way of approaching the American and engaging with the world,” Bernstein says.

Like most every other reporter who has appeared on CNN in the past few days, Bernstein is outraged over Trump praising a body slamming congressman amid the murder of a WaPo journalist.

Bernstein ends his soliloquy with a question: “Where does that put us?”

Stelter lobs back: “You tell me. Where does this put us?”

Should Bernstein be interviewing himself? Set up two TV boxes and let him be both interviewer and interviewee?

Bernstein returns to previous rant: We live in an era of lies.

He wants to get back to this “war on truth.” (I can’t give you his whole tirade or you’ll lose your mind. It’s long and boring.)

Bernstein stresses that Trump’s family has been spreading conspiracy theories about Khashoggi being an instrument of radial Islam. “Again, a war on truth,” Bernstein says.

The host concluded the show with a giant kiss for Bernstein: “Carl Bernstein, you said it far better than anyone ever could.”

And for today, that’s a wrap.