Just about an hour after a California judge ordered Avenatti to pay out $4.85 million to his former law partner, a second court evicted the Eagan Avenatti law firm from its offices in Newport Beach for failure to pay rent. Avenatti was not present for either proceeding.

The dispute with Avenatti’s former partner, Jason Frank, arose in 2016, when Frank alleged Avenatti misled his associates about the firm’s profits, cheating other lawyers of money they were owed. Frank sought millions in unpaid compensation through private arbitration.

Eagan Avenatti settled with Frank for $4.85 million in spring 2018, to be paid over two installments in May and July. Avenatti himself guaranteed the payments. The firm failed to transmit the money, however, so a bankruptcy court entered a $10 million judgment against it.

Monday’s order in California court ensures Frank will collect the $4.85 million he was guaranteed in the settlement from Avenatti personally.

“He’s managed to delay this for ages,” Frank attorney Eric George told the Associated Press. “At the end of the day, this is money that’s owed. No matter how you try to spin it, it comes back to the fact that he took money, it wasn’t his and now there’s a judgment saying it’s owed to my client.”

In turn, Avenatti has accused Frank of fraud on the order of $12 million, and says Monday’s award should be deducted from the damages Frank owes him.

“We look forward to receiving our net check for over $7 million from Mr. Frank,” Avenatti told The Daily Caller News Foundation, though he declined to specify how he will proceed. (RELATED: Plot Twist: Now Michael Avenatti Is Getting Sued By A Sex Icon)

The second matter related to late rental payments on Eagan Avenatti’s sleek ocean view offices in southern California. The proprietor says the firm is four months late on rent, totaling $213,254, according to the Los Angeles Times. Monday’s order evicts the practice from the space.

Eagan Avenatti said in court filings it financed repairs to the office, which should be credited toward rent, the LA Times reported. Avenatti now operates under the trade name Avenatti and Associates. During a July 25 bankruptcy hearing, Avenatti testified that his new practice owns 100 percent of the equity in his old firm. He told TheDCNF Monday that “Avenatti and Associates no longer has any interest in [Eagan Avenatti].” 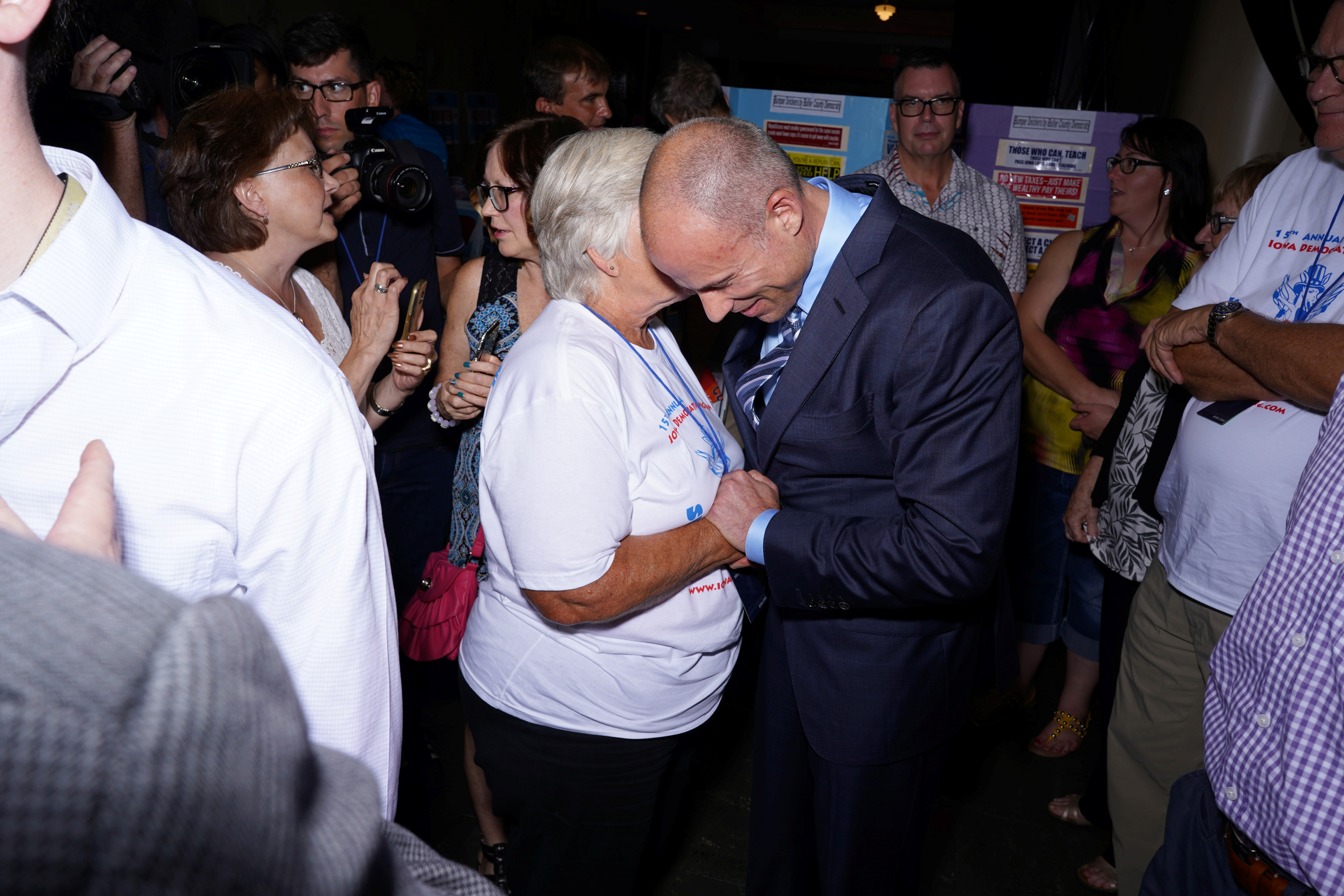 TheDCNF has previously reported that Avenatti’s past commercial and legal ventures are replete with “lawsuits, jilted business partners and bankruptcy filings.” After TheDCNF’s reporting was published, Avenatti threatened to sue.

Avenatti’s professional conduct also earned rebukes from a federal judge, after he attempted to intervene in a federal criminal investigation of former Trump-fixer Michael Cohen. U.S. District Court Judge Kimba Wood suggested that Avenatti compromised Cohen’s right to a fair trial by denigrating him in the press, in violation of local rules on legal practice.

While the eviction and Frank settlement were disposed of in state court Monday, Avenatti had been slated to appear at a campaign phone bank for the Rockingham County Democratic Committee in Exeter, New Hampshire, his third visit to the state since August. Several days earlier on Oct. 15, he visited South Carolina, another early primary state in the presidential election cycle.