Bryce has been arrested a total of nine times for reasons including property damage, driving with a suspended license and marijuana possession. The 53-year-old was arrested in 1998 for drunk driving and pleaded guilty, reported CNN. 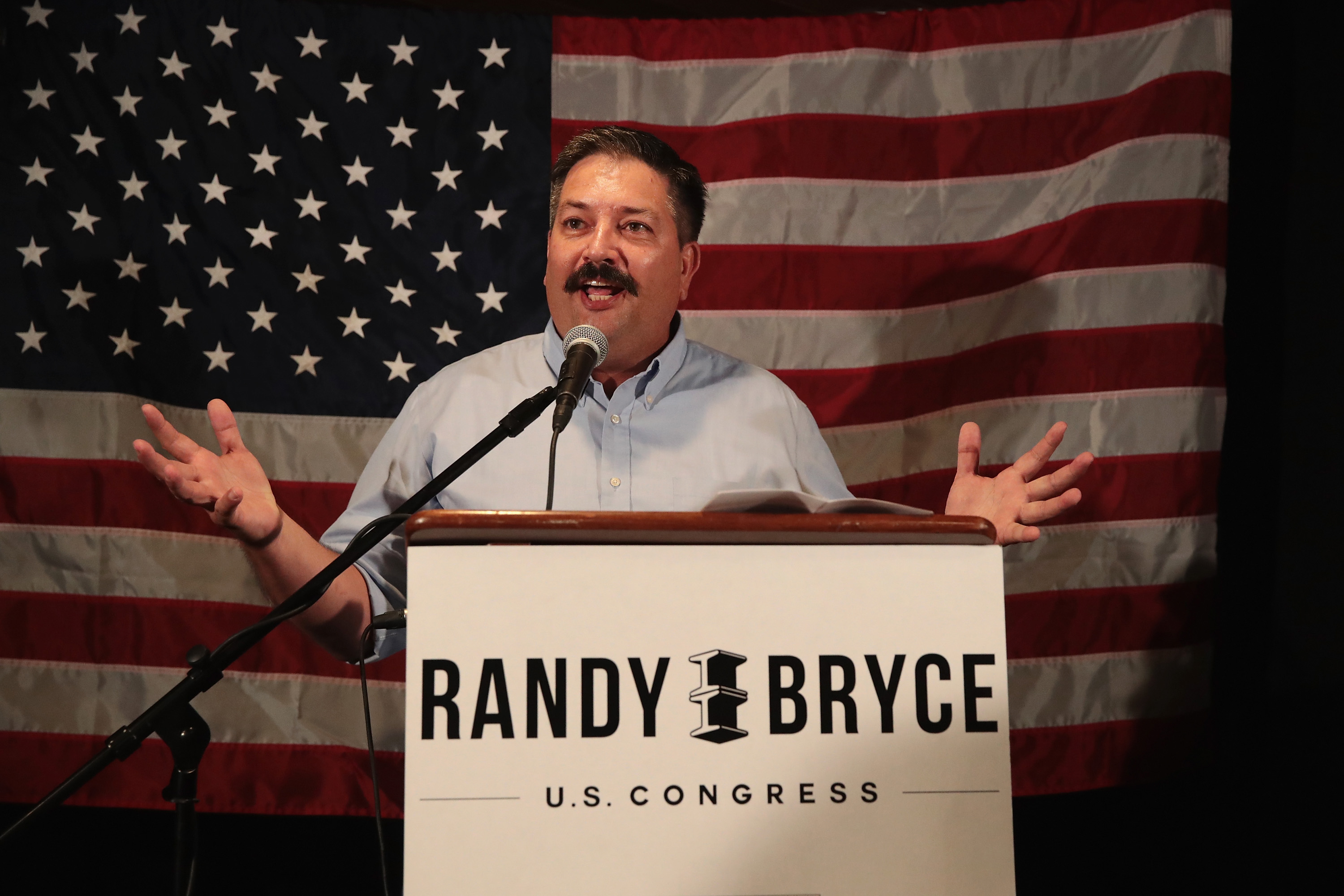 RACINE, WI – AUGUST 14: Democratic congressional candidate Randy Bryce speaks to supporters at an election-night rally after being declared the winner in the Wisconsin Democratic primary on August 14, 2018 in Racine, Wisconsin. Bryce will face Republican contender Bryan Steil for the congressional seat being vacated by retiring Speaker of the House Paul Ryan’s (R-WI) in the upcoming general election. (Photo by Scott Olson/Getty Images)

“When you’re in the middle of a campaign, obviously the Republican opposition research people go to work,” Sanders said in a statement prior to Monday’s event. “I think people are far more concerned about Randy’s views on how we can create living wages and provide health care for all people and improve education in this country [than] they are about what may have happened 20 years ago.”

Bryce was also delinquent on his child support payments for two-and-a-half months in 2015 and did not pay his ex-wife what he owed her until after launching his congressional bid, reported CNN.

Bryce was most recently arrested in 2018 for participating in a protest. He is competing with Republican Bryan Steil for House Speaker Paul Ryan’s seat in a race that RealClear Politics rates as “Leans GOP.”

Arizona candidate Garcia was arrested for not having proof of insurance or motorcycle license in 1990, and he was also placed under arrest for disorderly conduct in 1993. The disorderly conduct stems from an incident in which a police officer asked Garcia to quiet down a party and he did not comply. (RELATED: Pelosi ‘Pretty Comfortable’ She’ll Be House Speaker As She Says ‘I Am A Great Legislator’)

“All they could find was that twenty-five years ago, while in college, David had a house party that got too loud,” Garcia spokesperson Sarah Elliott told The Daily Caller in July. “David was apologetic and respectful. He was never handcuffed, placed in a police vehicle, detained, or even taken away from the house — he [was] simply issued a citation as a college student because the music was too loud and he paid the fine.”

Democrat David Garcia is running for governor of Arizona. YouTube screenshot/azcentral.com and The Arizona Republic

“I am proud to support David Garcia for Governor of Arizona,” Sanders said in a statement. “As a first-generation college graduate, who went to school on the G.I. Bill, David knows what it means to have access to an affordable education. The Arizona Constitution says college should be ‘as nearly free as possible’ and David has a plan to make that a reality.”