Many of the thousands of migrants streaming north through Mexico in a so-called “caravan” have been deported from the U.S. before, and they have joined the group in hopes of slipping back into America undetected by authorities at the southwest border.

The caravan formed in northern Honduras earlier in October, swelling from a few hundred migrants to more than 5,000 as it passed through Guatemala and into Mexico over the weekend. For some of the participants, the mass march is an opportunity to return to the U.S. amid chaos caused by large numbers of people arriving at the U.S-Mexico border at the same time. (RELATED: Trump Alerts Border Patrol Of ‘National Emergency’ As Caravan Progresses)

“When I heard about the caravan, I knew it was my chance,” Guatemalan national Job Reyes, 36, told The Washington Post in Mexico.

Reyes said he had returned to Guatemala 14 year ago and found work at a call center for Metro PCS, a cellular service provider. But the low pay and lack of opportunity for advancement had him pining for a return to the U.S., where he spent his teenage years.

“It’s time for me to go back to the United States. It’s a country where I can live my life, unlike Guatemala,” Reyes told WaPo.

President Donald Trump has warned that caravan migrants must apply for asylum in Mexico before trying to come to the U.S. Those who don’t will be turned away, he said Sunday.

“Full efforts are being made to stop the onslaught of illegal aliens from crossing our Souther Border. People have to apply for asylum in Mexico first, and if they fail to do that, the U.S. will turn them away,” Trump wrote on Twitter. “The courts are asking the U.S. to do things that are not doable!” 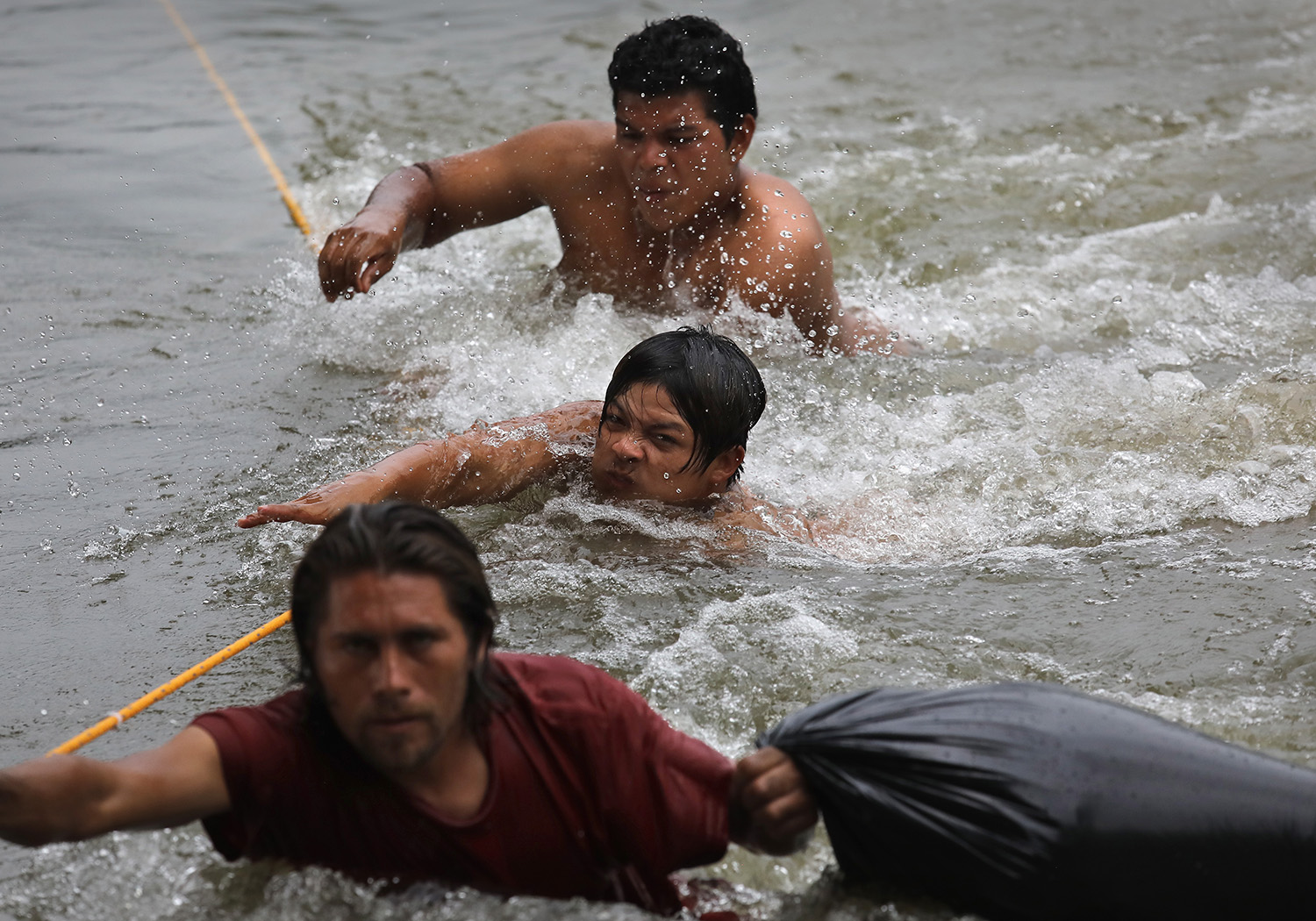 Immigrants wade across the Suchiate River while crossing the border from Guatemala into Mexico as part of the immigrant caravan on October 20, 2018 in Ciudad Hidalgo, Mexico. The caravan of thousands of Central Americans, mostly from Honduras, hopes to eventually reach the United States. U.S. President Donald Trump has threatened to cancel the recent trade deal with Mexico and withhold aid to Central American countries if the caravan isn’t stopped before reaching the U.S. (Photo by John Moore/Getty Images)

The Mexican government has offered to grant temporary humanitarian visas to caravan members in an effort to break up the mass of migrants into smaller groups. But the vast majority have refused to apply for asylum in Mexico, and Mexican authorities have largely allowed the migrants to continue their journey without proper documentation.

As they continue to trek northward, previously deported migrants make no secret of their intentions to cross the southwest border illegally.

Fuentes said he had been deported six times, most recently five months ago from Birmingham, Alabama.

“They catch you, and you try to get back,” he said.