“But it’s not analogous to the other women that are talking about what he did to them,” she added. “Because he could offer me nothing. We were only just friends. So, sometimes yeah I wanted to see it. It was amazing.”

Silverman continued, “Sometimes I would be like, ‘f–king gross no,’ and we would go get pizza. We talked openly. You know, we were letting our freak flags fly.” 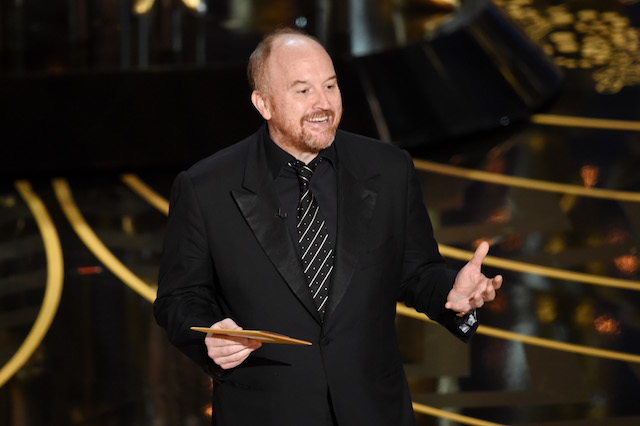 The actress then shared that the disgraced 51-year-old comedian used to live in an atrium building and they used to take off all their clothes in the middle of the night and throw them out the window down to the first floor. Then they would jump on the elevator naked and ride down to the bottom, “terrified someone was going to come in.”

The comments come in light of the former “Louie” star attempting recently to make a comeback after disappearing from the spotlight last year when several women accused him of a variety of sexual misconduct allegations. One day after the reports surfaced, the comedian admitted the accusations were true.

“I have been remorseful of my actions. And I’ve tried to learn from them. And run from them,” his statement read. “Now I’m aware of the extent of the impact of my actions. I learned yesterday the extent to which I left these women who admired me feeling badly about themselves and cautious around other men who would never have put them in that position.”