Colbert, who never misses a chance to rip on President Donald Trump, had a bodyguard in tow. The comedian was here for the Mark Twain awards at the Kennedy Center Sunday night.

And get this — his dark wool coat offered a concise explanation of who he is. In case anyone couldn’t recognize him. It reads: Stephen Colbert: TV HOST.

Colbert attended the evening gala to help roast Julia Louis-Dreyfus, who won this year’s Mark Twain Prize. But a lot of political journos are well acquainted with him — CNN’s Jake Tapper has appeared on his program numerous times. CNN’s Brooke Baldwin also recently sat down with him and discussed an m-word she can’t stand (a.k.a. “mob”).

“We’re going to be hearing a lot tonight about her characters like Elaine from ‘Seinfeld’ and ‘Old Christine’ from ‘The New Adventures of Old Christine’ but I want to talk about another performance, one that truly speaks to me,” Colbert told the audience. “I bet it speaks to a lot of people in this room, too. I’m talking about Julia’s turn as Jeanette Cooper in 1986’s ‘Troll.’ ”

See Colbert and his bodyguard below. 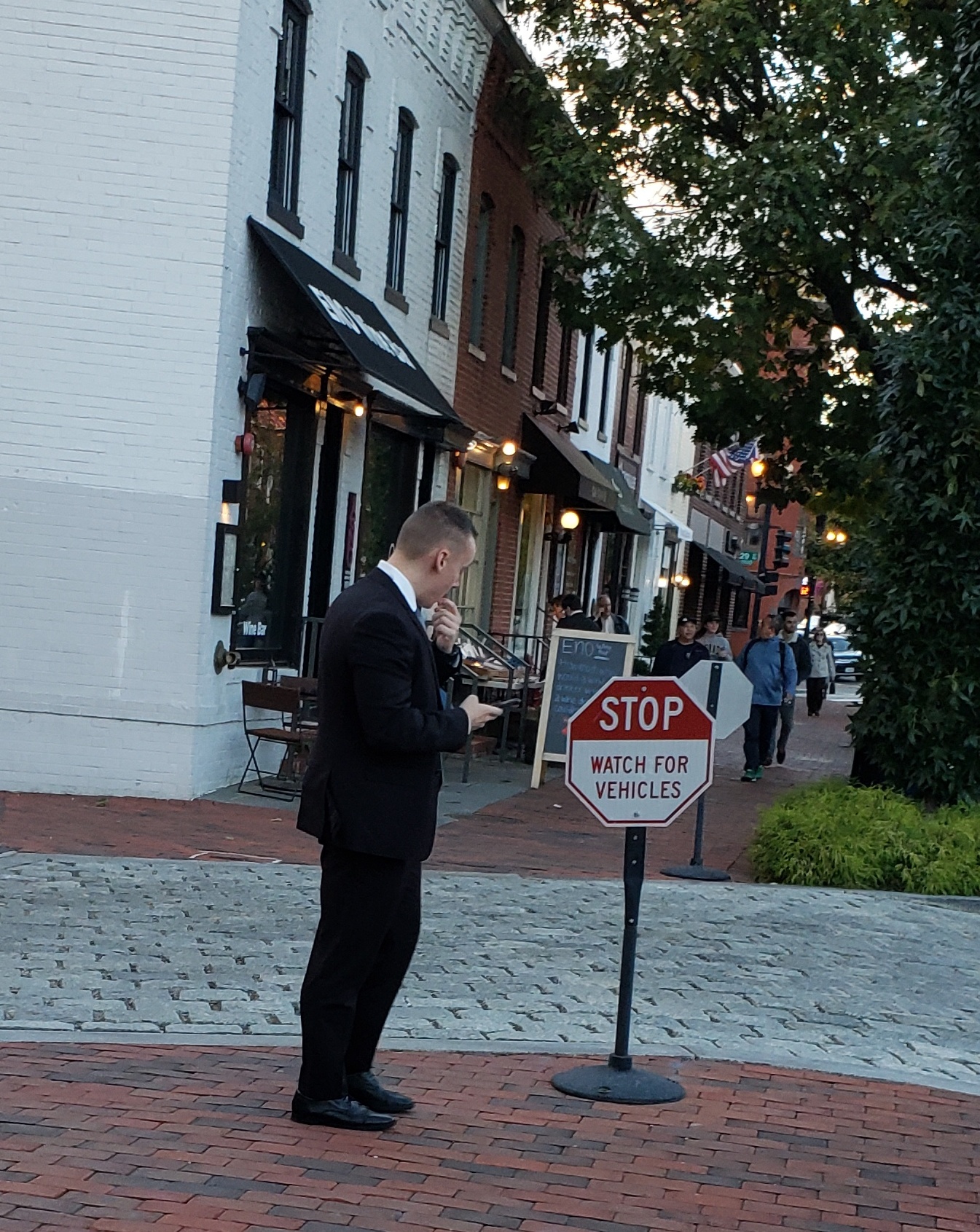