A number of renowned scientist Stephen Hawking’s possessions will be auctioned for thousands of dollars that will go to charity, according to a Monday report.

One of the Hawking’s wheelchairs, along with his 1965 Ph.D. thesis, his “A Brief History of Time” signed with a thumbprint, a number of medals and awards, and his script from comedy show “The Simpsons” are among the items that will by auctioned by auctioneer Christie’s.

Famous for his work on black holes and time relativity, Hawking appeared on “The Simpsons” multiple times and had a figurine from the show in his office, The Associated Press reported Monday.

His “Singularities and The Geometry of Space-Time,” “Spectrum of Wormholes,” “Fundamental Breakdown of Physics in Gravitational Collapse” and “Wave Function of the Universe,” are among the papers to be auctioned.

Hawking was diagnosed with amyotrophic lateral sclerosis (ALS) at 21 and was given only a few years to live. He long outlived his prognosis and died in March at 76 years old.

“There is no God. No one directs the universe,” Hawking wrote in his final book, “Brief Answers To The Big Questions,” which he was writing at the time of his death. (RELATED: Stephen Hawking’s Last Book Makes An Explosive Claim About God)

One of the scientist’s wheelchairs, whereby he moved and communicated through a speech-generating computer will also sell for $13,000 to $19,500, according to the AP. Proceeds will go to the Stephen Hawking Foundation and the Motor Neurone Disease Association. 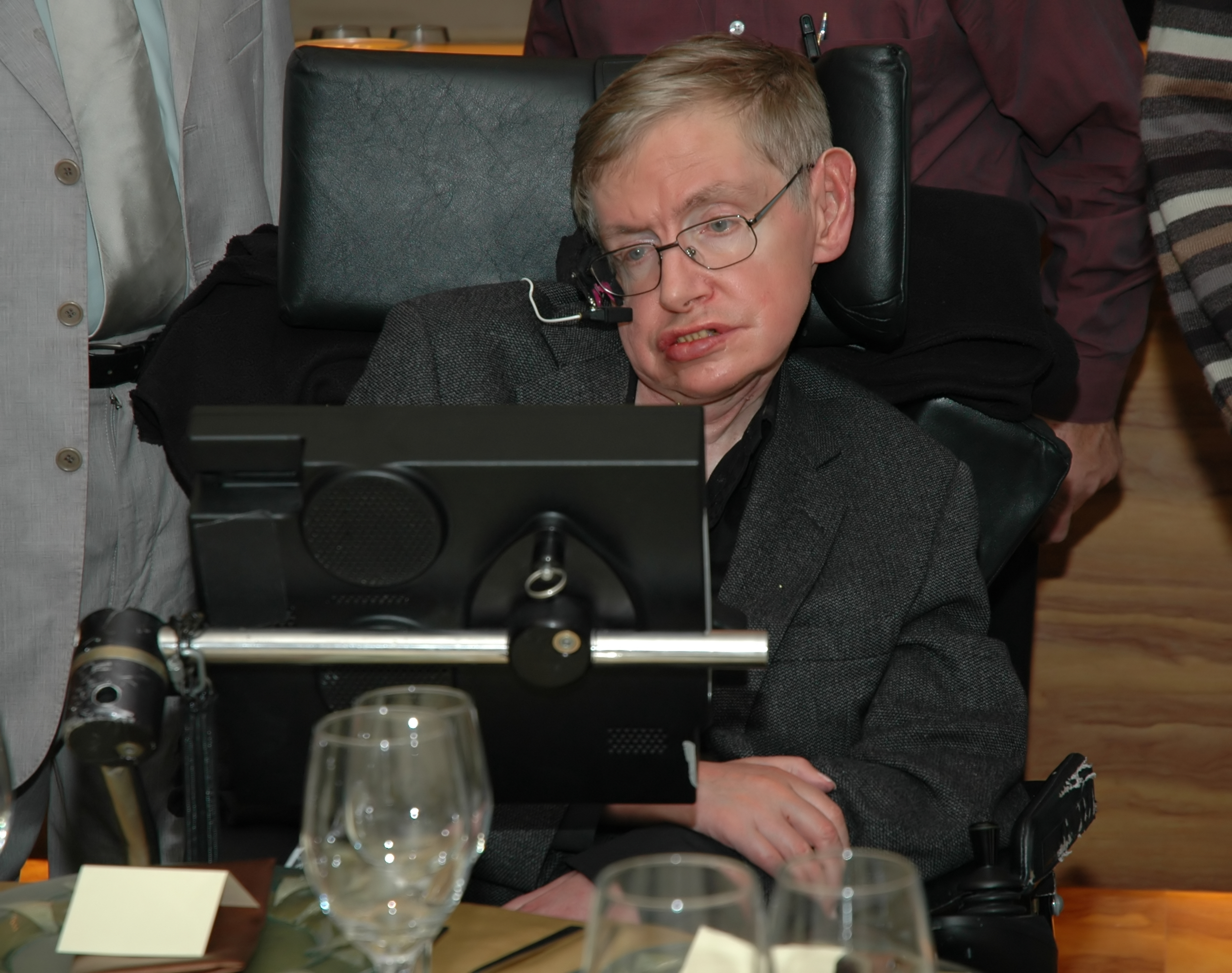 The auction items are part of a larger science sale that includes works by Albert Einstein, Charles Darwin and Isaac Newton, according to the AP. Hawking’s auctioned items will be on display in London for a number of days before the auction is complete, according to the report.

The auction will give “admirers of his work the chance to acquire a memento of our father’s extraordinary life in the shape of a small selection of evocative and fascinating items,” said Hawking’s daughter, Catherine Lucy Hawking, according to the AP.