The Catholic church’s synod of bishops is debating whether to adopt an official message of welcome to Catholics who identify as LGBT individuals.

Questions over whether to adopt such a message in the synod’s final document arose after Catholic youth delegates insisted that the bishops do so in order to reconcile with LGBT individuals who feel the church has shunned them. While bishops warmed to the idea, others said that such a message would be inconsistent with a Catholic view of human identity. (RELATED: Washington National Cathedral To Become Pilgrimage Site For LGBT Community By Interring Matthew Shepard’s Remains) 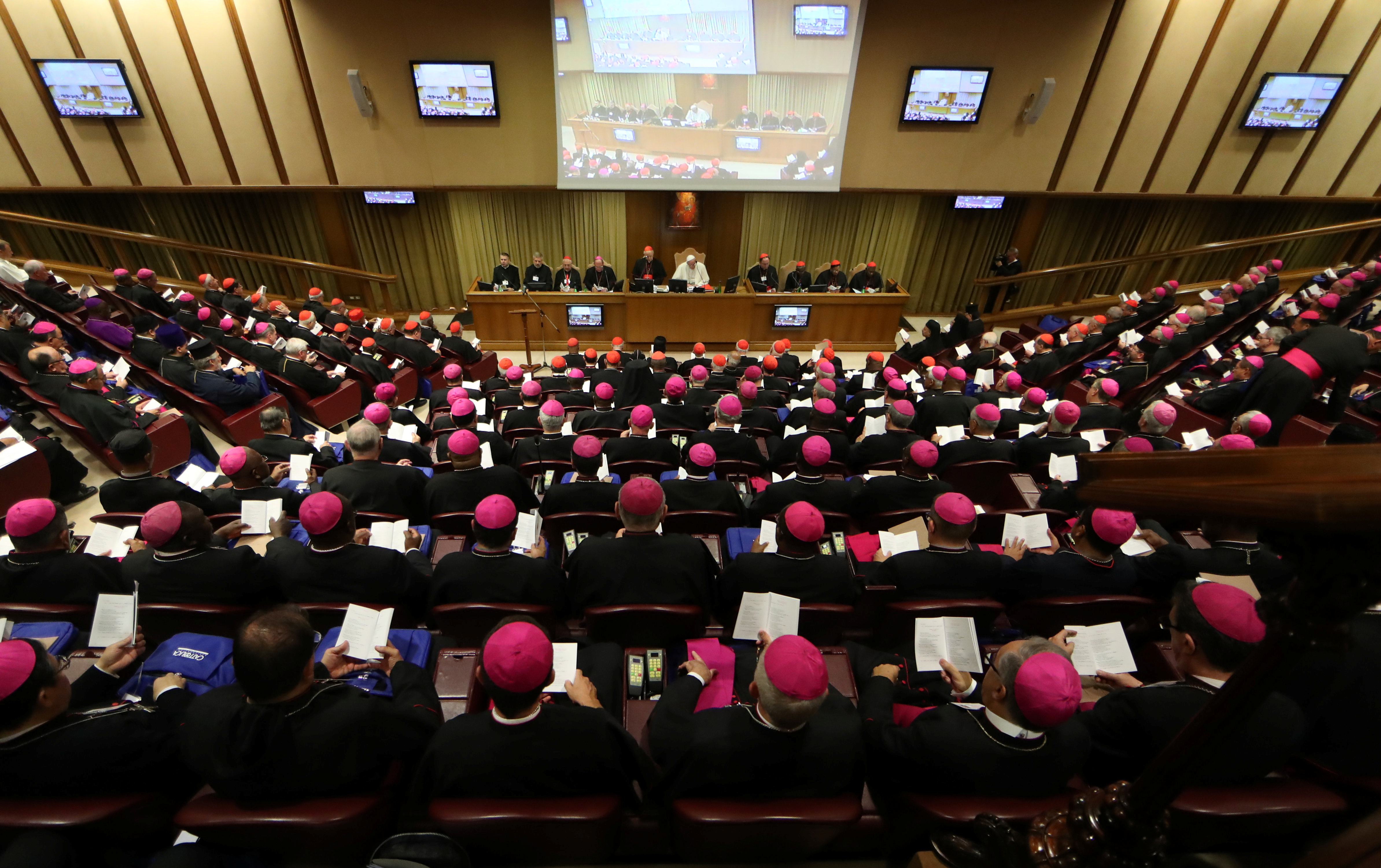 A general view shows a synodal meeting at the Vatican, October 3, 2018. REUTERS/Tony Gentile

“There is no such thing as an ‘LGBTQ Catholic’ or a ‘transgender Catholic’ or a ‘heterosexual Catholic,’ as if our sexual appetites defined who we are; as if these designations described discrete communities of differing but equal integrity within the real ecclesial community, the body of Jesus Christ. This has never been true in the life of the Church, and is not true now,” said Philadelphia Archbishop Charles Chaput, according to Crux Now.

“It follows that ‘LGBTQ’ and similar language should not be used in Church documents, because using it suggests that these are real, autonomous groups, and the Church simply doesn’t categorize people that way,” Chaput added.

The church has already used that language, however, as for the first time ever the Vatican used the term LGBT, acknowledging youth who identify as such in its instrumentum laboris — a working document meant to summarize the challenges faced by modern youth to serve as a precursor for discussions held at the synod.

One of the youth delegates to the synod, Yadira Vieyra, explained that the message the delegates have called for is not an apology to LGBT individuals, but one clarification that the church is and has been willing to welcome and minister to them. Vieyra said that kind of message would be especially meaningful to those who experience same-sex attraction and feel that the church has attacked them in some way.

“We know that’s not true, any Catholic knows that’s not true,” she said of the notion that the church attacks or shuns gay people, according to The Associated Press. Still, she said, it is necessary for bishops to explain that “the church is here for them.”

Cardinal John Ribat of Papua New Guinea expressed support for the idea of incorporating a message to LGBT individuals in the synod’s final document.

“The youth are talking about it freely and in the language they use, and they are encouraging us ‘Call us, address us this because this is who we are,'” Ribat said.

The bishops will vote on each paragraph of the synod’s  final document, which will be adopted on October 27. If a message of welcome to youth who identify as LGBT is included, it must by approved by a two-thirds majority.