President Donald Trump said Monday he will move to slash foreign aid to three Central American governments as punishment for failing to stop a massive caravan of their citizens from trekking north toward the U.S. border.

“We will now begin cutting off, or substantially reducing, the massive foreign aid routinely given to them,” Trump wrote on Twitter, referring to Guatemala, Honduras and El Salvador. (RELATED: Trump To Cut Off Aid To Central America For Failing To Stop Caravan)

The White House did not elaborate on Trump’s threat, so it was not immediately clear how much money he would seek to withhold. Washington plans to send about $180 billion in foreign aid to the three Central American countries in fiscal year 2019 — $69 million for Guatemala, $66 million for Honduras and $45 million for El Salvador, according to the State Department.

Other than Colombia, the so-called “Northern Triangle” countries are the top recipients of U.S. foreign aid in the Western Hemisphere. Most of the funding goes toward rule-of-law and democracy programs, as well as counternarcotics and border security initiatives.

Trump has repeatedly threatened to cut foreign aid or defense assistance to countries that don’t enact his administration’s preferred policies, but Central American governments may have less incentive to act than others. That’s because Washington’s foreign aid to the three countries is a drop in the bucket compared to the amount of money each receives in annual remittances from the U.S.

Immigrants from the Northern Triangle countries living and working in the U.S. sent a combined total of $14.32 billion to their home countries in 2016, according to a January 2018 Pew Research Center analysis of World Bank data. In all three countries, remittance money represents a substantial slice of gross domestic product and dwarfs the amount of foreign aid from Washington.

Because of the strong U.S. economy, remittances to Latin American countries hit a record of about $80 billion in 2017 and are expected to surpass that total by the end of this year, according to the World Bank. As long remittance money constitutes such a large share of national income, many of those governments have little incentive to limit out-migration of potential income earners in the U.S. even if they could. 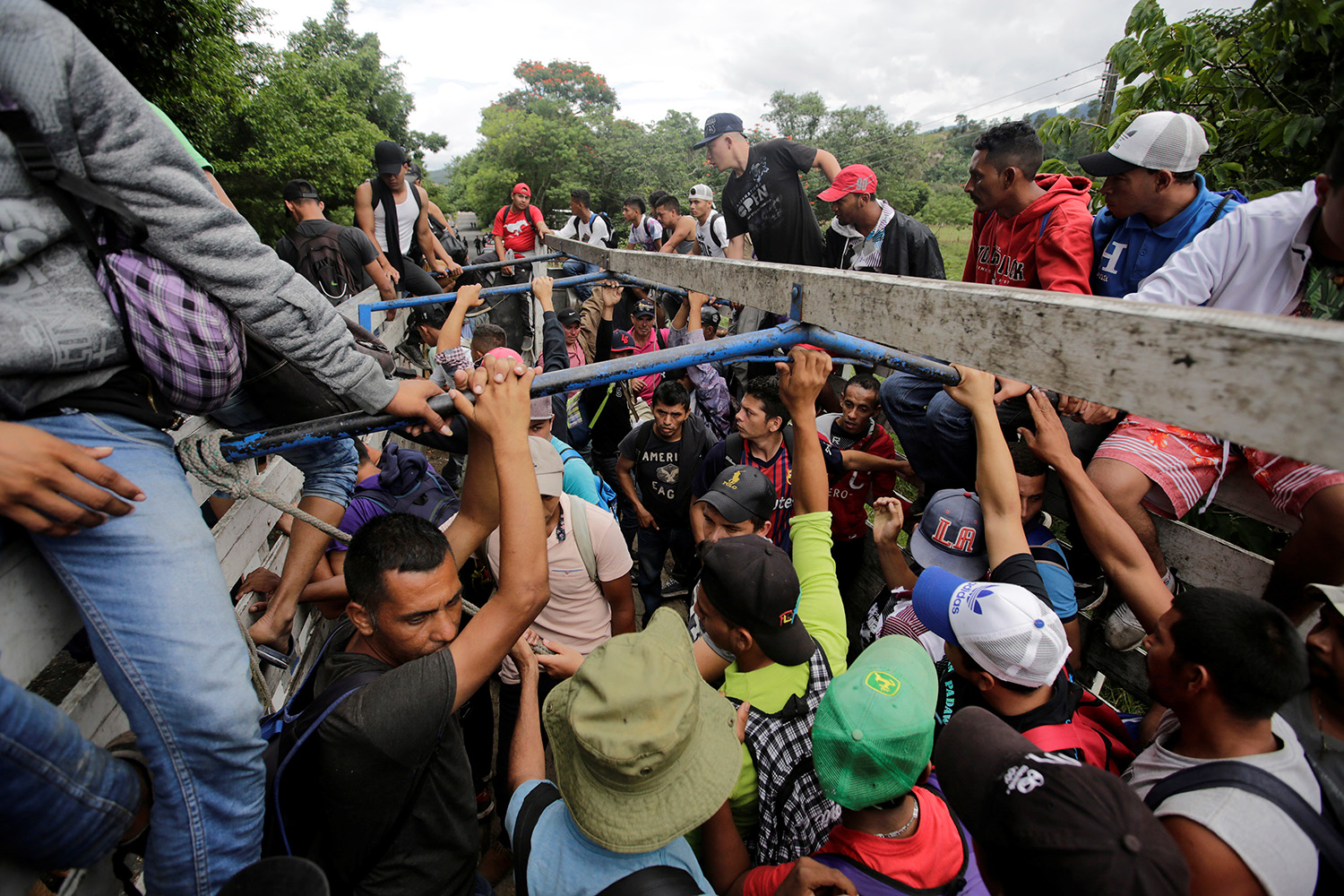 Honduran migrants board trucks sending them back to Honduras, after they crossed the border into Guatemala illegally in their bid to reach the U.S., in Agua Caliente, Guatemala October 17, 2018. REUTERS/Jorge Cabrera

In El Salvador, for example, the $4.19 billion in remittances sent from the U.S. was equal to about 17 percent of the country’s GDP in 2016. That same year, Washington sent about $68 million in foreign aid to Guatemala, meaning its remittance haul was 62 times larger than its U.S. foreign aid.

The disparity was almost as large for Guatemala, which received about 50 times more money from immigrants in the U.S. — $6.76 billion — than it did from U.S. foreign aid programs — $131 million. Honduras took in $3.37 billion in remittances, or about 34 times the $98 million it received in direct assistance from Washington.

Trump has floated the idea of taxing remittances before, but it was in the context of levying a surcharge on wire transfers to Mexico to pay for a wall along the southwest border.