As the New York Times reported Tuesday, Kelly and Lewandowski started with an argument that quickly escalated to the chief of staff pushing Lewandowski against the wall. The Secret Service had to come to Lewandowski’s rescue, according to a “half-dozen” witnesses, the Times reports. (RELATED: John Kelly Called Elizabeth Warren An Impolite Arrogant Woman In Email After Trump Travel Ban Conversation)

The episode had not yet been reported and might provide another example of the rough-and-tumble style of Trump’s White House. The exact reasons for the spat are not known, except that Kelly was experiencing a raft of media speculation at the time that he would not remain long in the key White House position.

White House Chief of Staff John Kelly waits while Governor of Puerto Rico Ricardo Rossello and US President Donald Trump make statement to the press before a meeting in the Oval Office of the White House October 19, 2017 in Washington, DC.  (Photo: BRENDAN SMIALOWSKI/AFP/Getty Images)

Kelly, who served with the Marine Corps and rose to the rank of four-star general, showed his willingness to defend his views last week when he and National Security Advisor John Bolton engaged in a loud argument, apparently over Trump’s immigration policies. (RELATED: Omarosa Recorded John Kelly In The Situation Room)

Although the Times received no comments from the White House on the report, former Defense Secretary and Democratic operative Leon Panetta praised Kelly for his demeanor and loyalty. 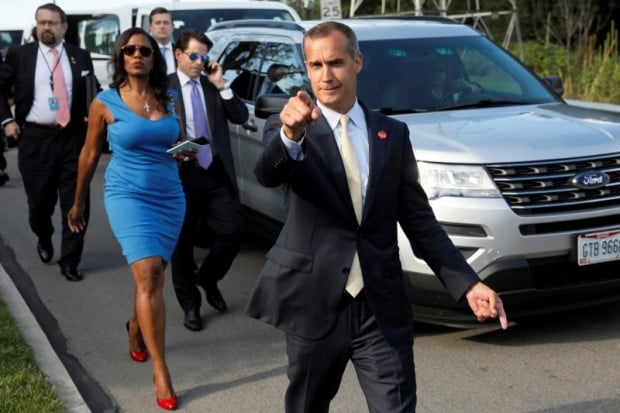 Panetta suggested Kelly’s “level of frustration must be rising” if he’s losing his temper at work.

“That doesn’t happen unless he is totally frustrated,” Panetta said.