One of the attorneys involved in New York’s climate lawsuit against ExxonMobil is a special assistant attorney general in the state who receives funding from former Mayor Michael Bloomberg.

Matthew Eisenson, a special assistant in the New York AG’s office, signed a lawsuit the state filed Wednesday alleging Exxon misled investors about the risks the company’s oil products pose to the environment. He is one of several lawyers associated with Bloomberg Philanthropies the state hired through the NYU State Environmental Energy Impact Center.

Eisenson’s previous work experience includes the Natural Resource Defense Council as a policy aide, according to his LinkedIn. Eisenson’s work on the lawsuit appears substantial given that his name is one of eight people attached to it, one of which includes current NY AG Barbara Underwood.

The lawsuit follows more than three years of investigation first orchestrated by former AG Eric Schneiderman, who resigned in April over abuse allegations from former romantic partners. NY’s probe seemed to come to a halt shortly after his resignation – Wednesday’s lawsuit revives the moribund legal pursuit.

Exxon engaged in a “longstanding fraudulent scheme” to deceive investors, analysts and underwriters “concerning the company’s management of the risks posed to its business by climate change regulation,” the lawsuit notes. (RELATED: SEC Investigators Decide Not To Punish Exxon For Alleged Climate Heresy)

Underwood brought the lawsuit under the Martin Act, a state law that gives her broad authority to prosecute securities fraud. The suit demands Exxon turn over any profits the company made through the alleged fraud and make restitution to investors. Exxon could be made to pay out hundreds of millions of dollars if the suit is successful.

Bloomberg, a prominent Democratic donor and potential presidential contender in 2020, launched the foundation in 2017 with a $6 million campaign to embed attorneys in AG offices to push back against President Donald Trump’s efforts to roll back environmental regulations. (RELATED: EXCLUSIVE: Memos Shed Light On Michael Bloomberg’s Role In NY’s Climate Crusade) 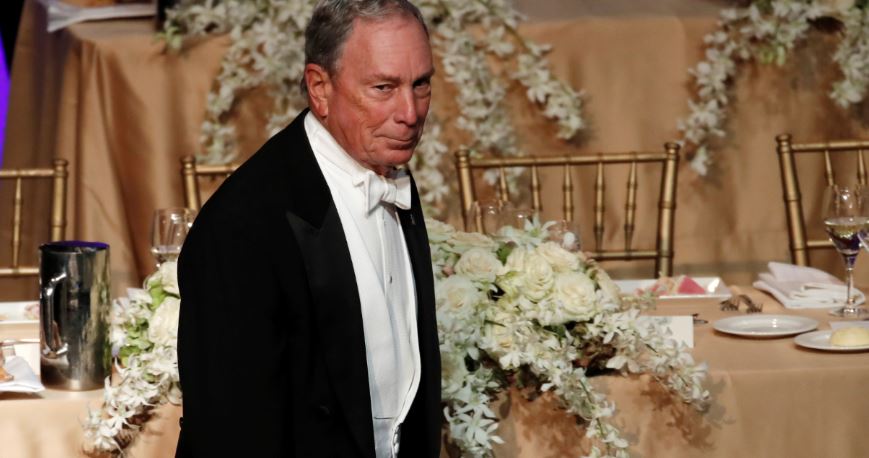 Eisenson is not the only Bloomberg-funded fellow involved in litigation targeting Exxon. Gavin McCabe also signed an amicus brief in June supporting New York City’s year-long climate lawsuit against Exxon, according to a document The Daily Caller News Foundation obtained on Oct. 13.

McCabe is one of at least eight attorneys hired by attorneys general across the country to work on environmental litigation. Bloomberg founded Bloomberg Philanthropies in 2017 in part to provide attorney general (AG) offices with attorneys to help push green energy policies.

Critics believe Bloomberg Philanthropies is being used as a type of pass-through entity through which donors can support elected officials with resources that legislatures will not provide and which donors cannot legally provide directly.

Oregon AG Ellen Rosenblum also raised alarms in June after her office hired environmental lawyer Steve Novick as a special assistant AG (SAAG). Rosenblum is a longtime Democrat and politician who has served as the state’s top law enforcer since 2012.

Schneiderman’s probe stems from research conducted by Inside Climate News and The Los Angeles Times, both of which reported in 2015 that the company has consistently downplayed whatever role it has played in contributing to man-made global warming.

The Securities and Exchange Commission (SEC) engaged in a similar investigation into whether the company overvalued assets in the face of future climate regulations. The SEC eventually dropped the probe in August and noted in a letter that it would not recommend enforcement actions. The message included a disclaimer stating the probe could be reopened at a later dated.

NY’s AG office did not respond to TheDCNF’s request for comment about the nature of Eisenson and McCabe’s role in the litigation.