Three weeks after Phillips prevailed at the U.S. Supreme Court on June 4, the CCRC issued a probable cause determination finding he likely discriminated against a transgender patron who asked him to create a custom cake celebrating their gender transition. In turn, Phillips sued the commission alleging several constitutional violations. Tuesday’s filing asks a federal court in Denver to issue a preliminary injunction stopping the commission’s proceedings while Phillips’ lawsuit is heard.

“The same agency that the Supreme Court just said is hostile to Jack Phillips remains committed to treating him unequally and forcing him to express messages that violate his religious beliefs,” said Kirsten Waggoner of the Alliance Defending Freedom (ADF), a public interest law practice that represents Phillips.

In its June decision in the Masterpiece case, the high court found the CCRC was impermissibly hostile to Phillips’ religious beliefs during its consideration of his case, as when one commissioner compared his invocation of religious liberty to defenses of slavery and the Holocaust.

“The record here demonstrates that the commission’s consideration of Phillips’ case was neither tolerant nor respectful of his religious beliefs,” Justice Anthony Kennedy wrote for the seven-justice majority. (RELATED: The American Legion Is Asking The Supreme Court To Protect A Cross-Shaped War Memorial)

Phillips and his attorneys argue in Tuesday’s filing that the commission is still tainted by anti-Christian feeling, violating his right to due process. They note one commissioner, Jessica Pocock, styled Phillips the “cake-hater” in a 2013 Twitter conversation with former Commissioner Heidi Hess. A second commissioner, Anthony Aragon, shared pro-LGBT imagery on Facebook while discussing Phillips’ Supreme Court case. 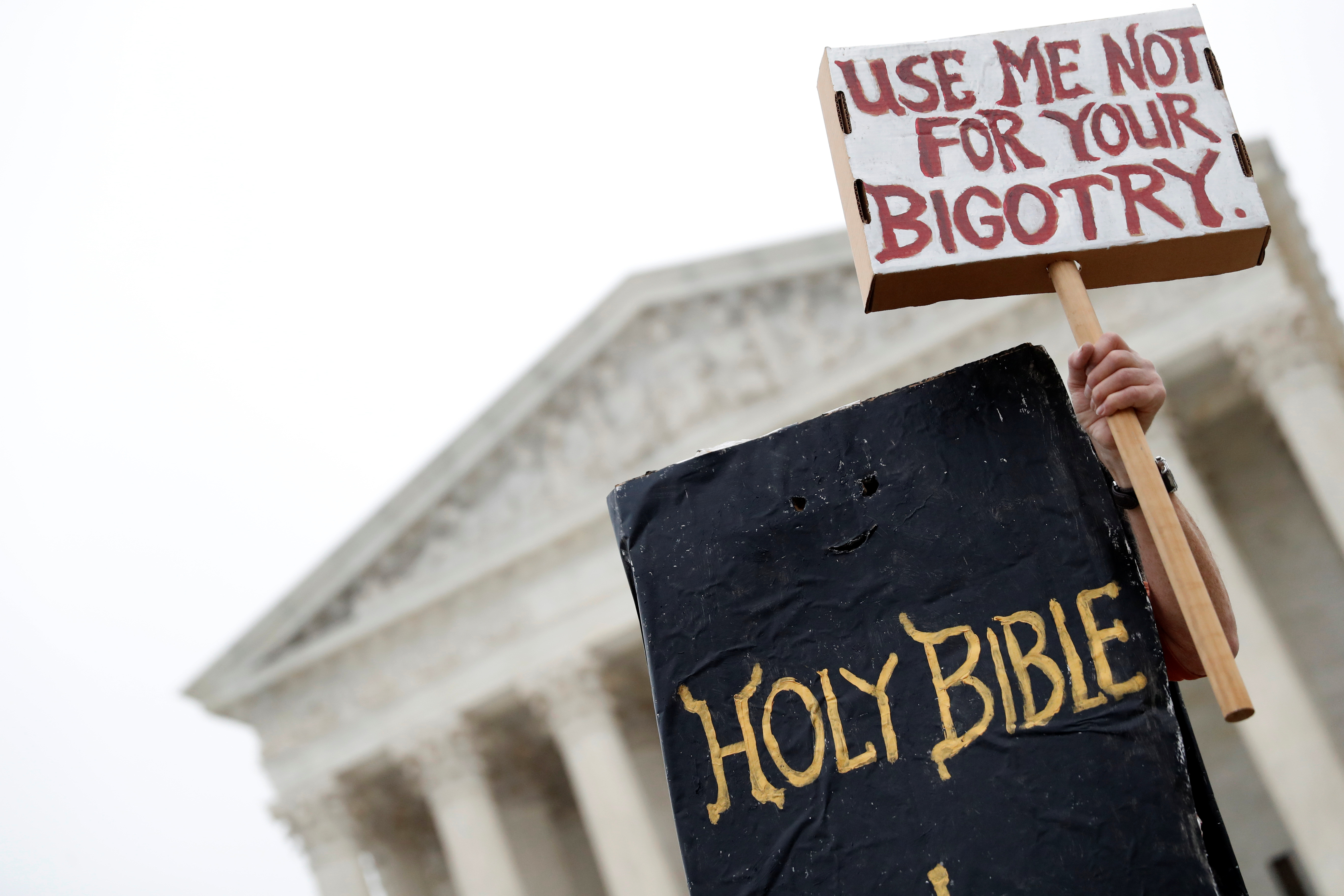 The filing also alleges that the CCRC’s process is itself unlawful. Since the commission decides whether to prosecute alleged offenders and — if found guilty — makes a final decision as to their punishment, ADF argues the commissioners effectively act as both prosecutor and juror.

“This arrangement, which places the commission over the decision to begin proceedings and the decision to punish the accused, is an affront to due process,” Phillips’ motion reads.

Elsewhere in the motion, ADF argues the CCRC’s latest prosecution of Phillips also violates his rights to speech and free exercise of religion.

The commission asked the court to dismiss Phillips’ lawsuit on Oct. 10 on jurisdictional grounds.

Decision on both motions are expected in the coming weeks. A motion hearing is currently scheduled for Nov. 20.