Alpine ski racer Lindsey Vonn reflected on her upcoming retirement and admitted she’s not sure what’s next after skiing, a sport that’s been the major focus of her entire life.

“Announcing my retirement has been the most difficult reality I have ever faced,” the 34-year-old Olympic gold medalist shared Wednesday in a Sports Illustrated op-ed. (RELATED: Check Out The Hottest 2018 U.S. Female Winter Olympians [SLIDESHOW]) 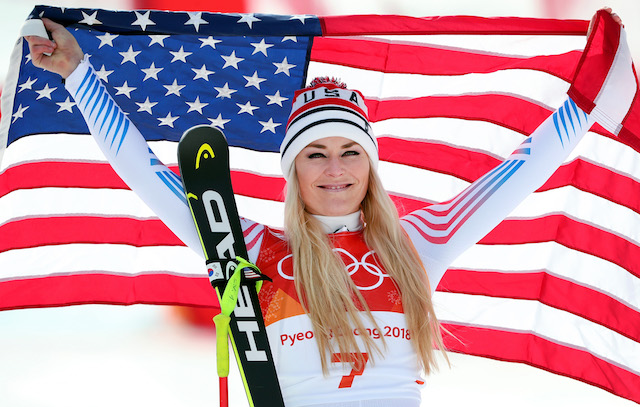 Bronze medallist Lindsey Vonn of the United States celebrates during the victory ceremony for the Ladies’ Downhill on day 12 of the PyeongChang 2018 Winter Olympic Games at Jeongseon Alpine Centre on February 21, 2018 in Pyeongchang-gun, South Korea. (Photo by Tom Pennington/Getty Images)

“My intention wasn’t to announce it the way I did, but when asked the question about how much longer I would continue racing, the answer just poured out of me,” she added. “At this point in my career I don’t think anyone is surprised by the decision, but saying it out loud and on the record made it real.”

The World Cup champion then explained that even after she had to step away from the sport due to numerous injuries, never skiing again was not an option.

“Even after two ACL reconstructions, MCL dislocation, multiple meniscal repairs, four tibial plateau fractures, a spiral fracture of my humorous with a plate and 18 screws, a broken ankle, broken fingers and many concussions, I have never questioned my decision to keep skiing,” Vonn explained.

“Now, as the oldest Olympic medalist at 34 years old, I’ve come to realize that while I’ve accomplished great things with skiing, I need to look past podiums, goals, and competition and find out what my future looks like without it,” she added. “I need to accept that I am good enough without skiing because, at this point, my health and my family need to come first.”

Regardless of the record, I am still proud of who I am and what I have accomplished during my career. I have nothing left to prove to myself or anyone else. I am not the nervous little girl standing on top of a mountain anymore; I am a woman ready for the next chapter. I can do this! My legacy will be more than skiing and there are many chapters left to write.