Longtime TV and radio journalist Roland Martin refuses to give NBC “TODAY” Show host Megyn Kelly an A+ for putting her tail between her legs and returning to a topic that got her in a load of trouble Tuesday.

Which would be race.

On Tuesday, Kelly blew up the internet by saying that dressing up in blackface for Halloween is no big deal as long as it’s done respectfully. And with that, the white host unintentionally created a horror show for herself a week before Halloween by appearing to be ignorant about race and the historical connotations of blackface.

Kelly apologized internally late Tuesday. On Wednesday, she began her show with two words: “I’m sorry,” she said as her voice began to quake with what looked like might be impending tears. Her studio audience gave her a long standing ovation. The camera panned to many black men and women around the studio clapping and cheering for her. 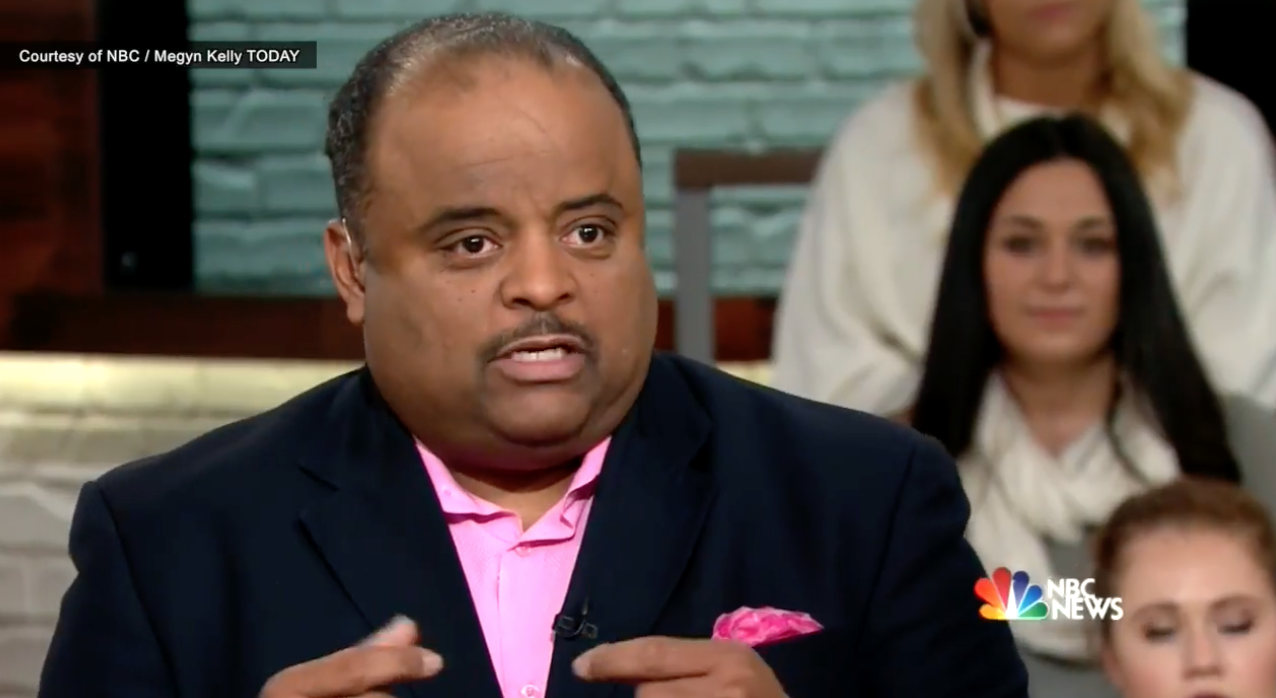 In a conversation with The Mirror Wednesday, Martin, who hosts the left-leaning digital talkshow, Roland Martin: Unfiltered,  made it abundantly clear that he couldn’t care less about fixing Kelly’s PR image by inviting two black journalists on her program to hash out her ignorance. Martin appeared on Kelly’s show with PBS’s Amy Holmes, a conservative journalist who co-hosts a show called In Principle.

This isn’t the first time Kelly has gotten into hot water with racial matters. When she worked at Fox News, she said Santa Claus and Jesus are white.

CNN’s Don Lemon wasn’t nearly as kind to her as Martin and Holmes when he talked about her comments Tuesday night.

Asked about the experience of helping to educate Kelly and, in the process, fix her tattered rep, Martin replied, “I think it was fine. Look, bottom line when one of these issues arises, is you have the PR goal to sustain the bleeding. You also have the impact when someone is beat up on social media. That’s never a good thing.”

Martin stressed repeatedly that he was not there to help her.

“The point I tried to make today, is we have to confront the reality that as a nation we continue to struggle with the issue of race,” he said. “Too many of us don’t look inward. You live with these blinders on because there’s nobody there to check you, nobody to say this really ain’t cool. This story is an example of that.”

Martin said this issue won’t end with Kelly. As we become a nation whose majority is people of color, he said, you’re going to see a need for substantive dialogue that is one-on-one, on television, radio, in churches and communities.

“I don’t look at it as I was there to help Megyn,” he said. “I was speaking to her and the country.”

So how does he think she did? After several tries of asking this question, he said, “Well, she made an apology. Today was not an ending, it really should be a beginning. I did her show several times when she was on Fox News. I’ve met her at Christmas parties. It’s not like we email or text. It’s a professional relationship.”

Martin said the “heavy lifting of confronting race” in America affects us all. “When this happens, you want people who are going to be unapologetic and unfiltered. In media, we shy away from real conversations. There is no conservative talk show host on television or radio that I am afraid to go up against anytime.”

(Here’s looking at you FNC’s Laura Ingraham and Sean Hannity.)

Martin said he believes Kelly can repair the damage.

He continued, “Who is in your circle? Who do you have to your house for dinner?”

Did he find her genuinely wanting to understand another point of view?

“I don’t think I would have been on there if that wasn’t the case,” he said. “…I wasn’t there just to talk to her. I was very clear that I was also speaking to everybody who was watching.”