OTTAWA — The Official Opposition Conservatives criticized Canadian Prime Minister Justin Trudeau’s promise of carbon tax rebates for consumers Tuesday. At the House of Commons, Conservative Leader Andrew Scheer held a news conference to call the rebates “an election gimmick,” saying what the Trudeau government proposes to give back to Canadians is a pittance.

“Canadians have known all along that Justin Trudeau’s carbon tax was just a tax plan dressed up as an emissions plan,” he said. “Now we know it’s all an election gimmick. And now Canadians are supposed to take his word that a measly $12.50 a month will cover the true cost of the carbon tax.” (RELATED: Canada Opposition Party Demands Action Against Canadians Who ‘Committed Atrocities’ For ISIS) 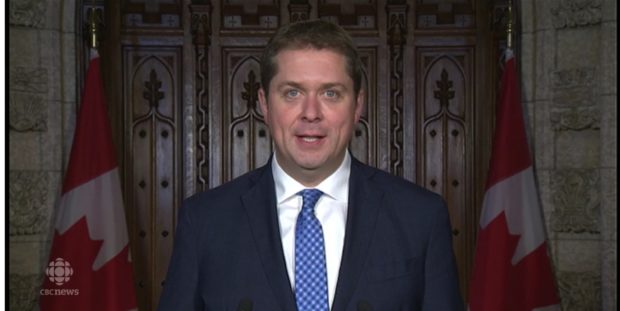 Trudeau was in Toronto on Tuesday where he officially outlined his carbon tax and rebate plan in Ontario Premier Doug Ford’s constituency. Trudeau now routinely refers to carbon emissions as “pollution” and refers to his carbon tax as “the price of pollution.”

“Starting next year, it will no longer be free to pollute anywhere in Canada. And we’re also going to help Canadians adjust to this new reality,” Trudeau said. “Every nickel will be invested in Canadians in the province or territory where it was raised.” (RELATED: Poll: Trudeau Disapproval Rate Remains Above 50 Percent) 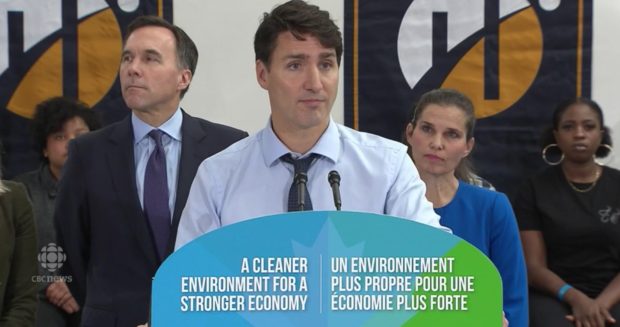 The Liberals plan to impose the carbon tax on all gasoline, propane and natural gas products. But they won’t directly tax all Canadian voters; instead the government will go after the distributors of these products, who will then pass it along to consumers. The tax is expected to increase the price of each of these energy sources by about four cents a liter.