Trump on Wednesday called for unity and pledged to “spare no expenses” to “bring those responsible for these despicable acts to justice.”

“I want to say at these times we have to unify and send one very clear and strong message that acts of political violence of any kind have no place in the United States of America,” Trump added.

Schumer and Pelosi rejected the president’s call for unity as insufficient. 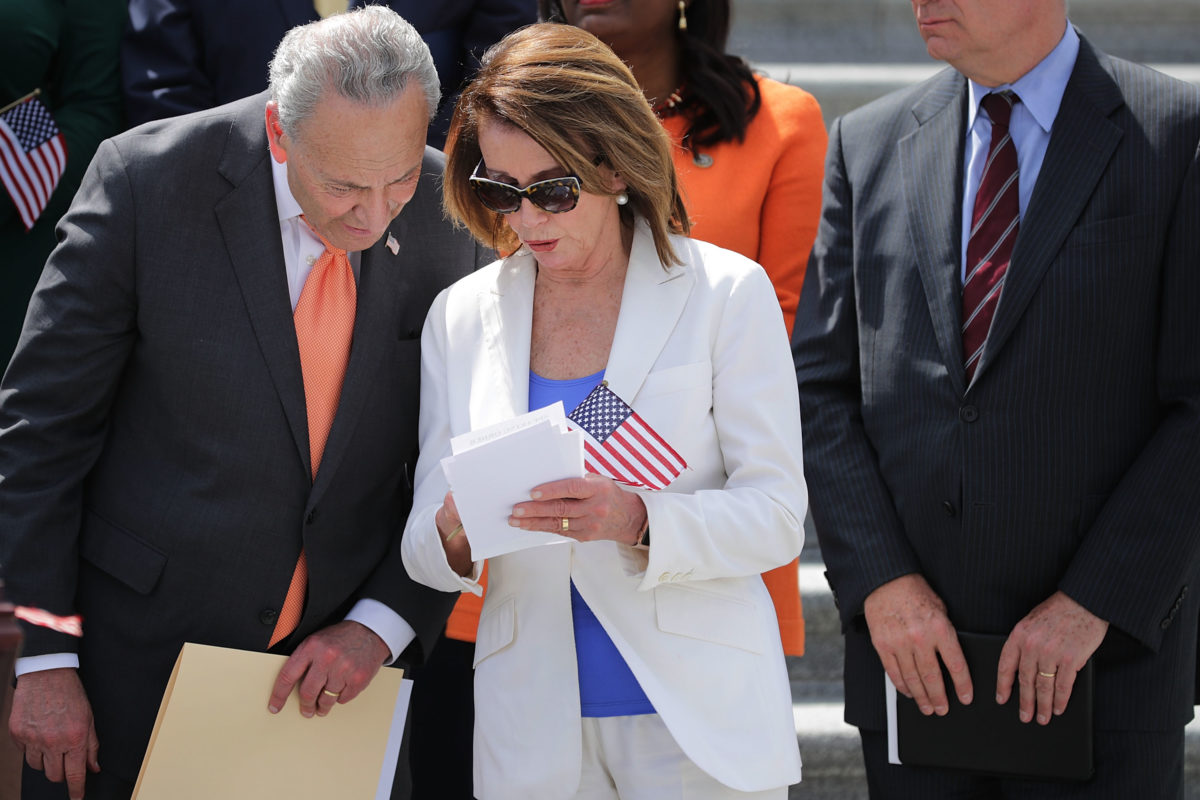 Senate Minority Leader Chuck Schumer (L) and House Minority Leader Nancy Pelosi look over notes during an event to introduce a new campaign to retake Congress during a news conference at the U.S. Capitol May 21, 2018 in Washington, D.C. (Photo by Chip Somodevilla/Getty Images)

“Time and time again, the President has condoned physical violence and divided Americans with his words and his actions: expressing support for the Congressman who body-slammed a reporter, the neo-Nazis who killed a young woman in Charlottesville, his supporters at rallies who get violent with protestors, dictators around the world who murder their own citizens, and referring to the free press as the enemy of the people,” Schumer and Pelosi continued.

The joint statement came one day after Schumer emphasized the need for a bipartisan response to recent political violence. (RELATED: Schumer Tips Hand On Impeachment: ‘The Sooner The Better’) 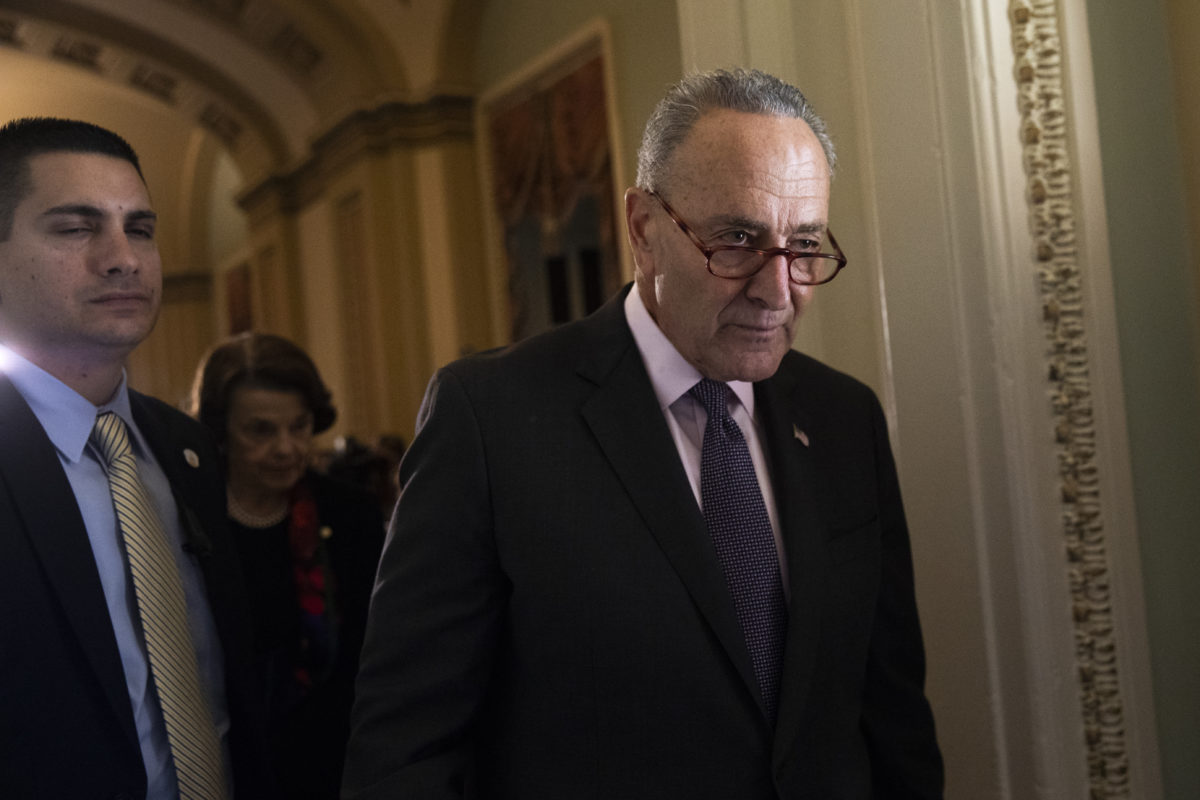 “Make no mistake: Despicable acts of violence and harassment are being carried out by radicals across the political spectrum—not just by one side,” Schumer wrote in a tweet Tuesday. “Regardless of who is responsible, these acts are wrong and must be condemned by Democrats and Republicans alike. Period.”