Darwall, author of the book “Green Tyranny: Exposing the Totalitarian Roots of the Climate Industrial Complex,” recently sat down with The Daily Caller News Foundation to discuss his book, the Trump administration and climate change.

“Donald Trump has fundamentally changed the whole politics of climate and energy because of pulling out of the Paris agreement, but most of all talking about American energy dominance,” Darwall told TheDCNF.

WATCH THE FULL INTERVIEW WITH DARWALL:

“There is no country in the world which has more to lose from decarbonization,” Darwall said. “The United States is the hydrocarbon superpower.”

“It’s got 500 years of reserves of coal, fracking has turned it into the world’s leading supplier of oil and gas, and that fundamental change means the U.S. can go on a different path and take some of the rest of the world with it, one hopes,” Darwall told TheDCNF.

However, meeting the UN’s goal could require massive taxes on greenhouse gas emissions equivalent to a $240 per gallon tax on gasoline by the end of the century. By 2030, the UN said a carbon tax would need to be as high as $49 per gallon of gas to limit emissions enough.

That target is inline with the goals of the Paris climate accord that the Obama administration joined in 2016, pledging to cut U.S. emissions 26 to 28 percent below 2005 levels by 2025. Trump announced in 2017 he would withdraw from the Paris accord by 2020. 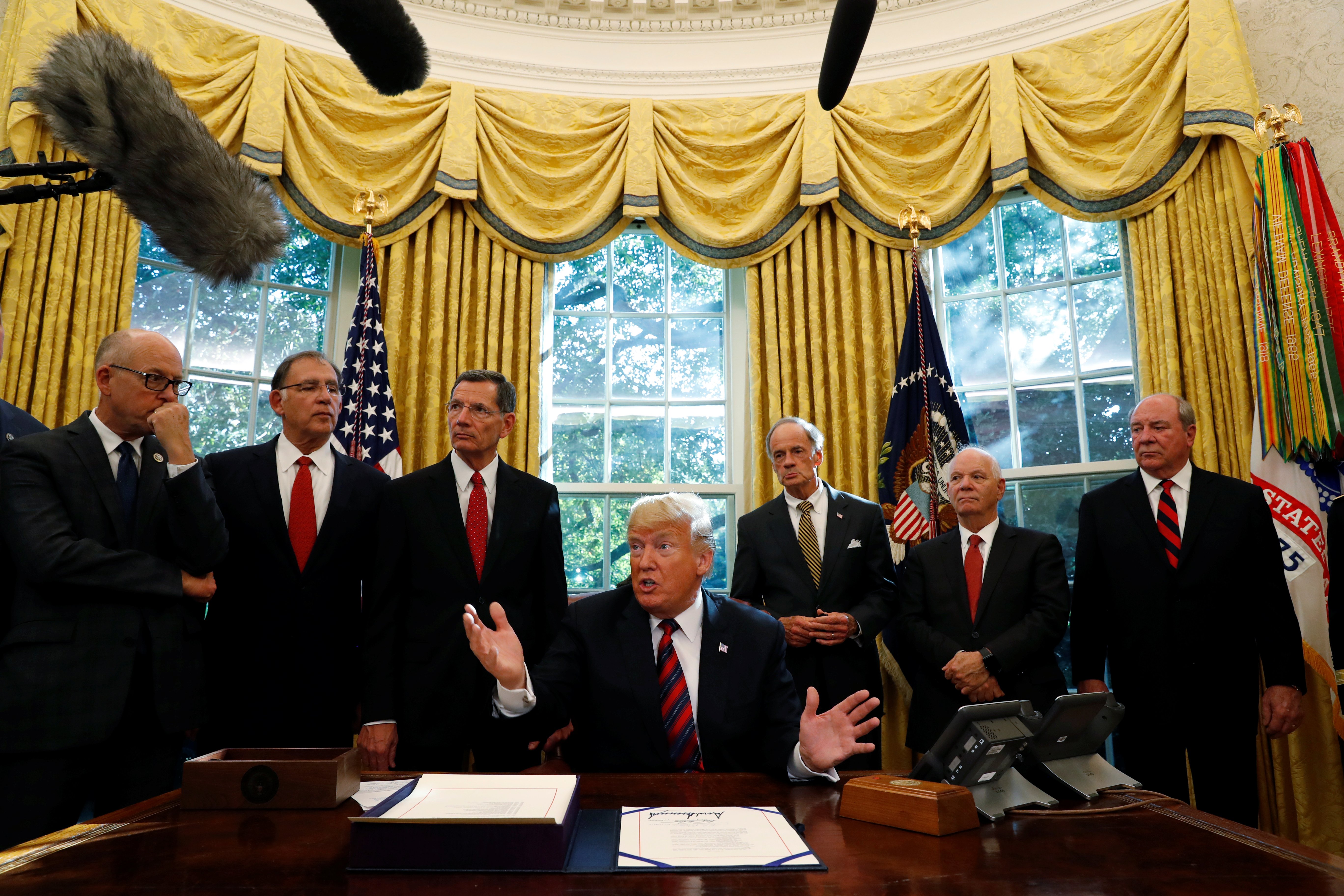 U.S. President Donald Trump talks to reporters about the killing of journalist Jamal Khashoggi in Turkey during a bill signing ceremony at the White House in Washington, U.S., October 23, 2018. REUTERS/Leah Millis.

Trump’s pledge to withdraw from the Paris climate accord presents a major opportunity for the U.S. to build a block of countries opposed to the United Nations agreement. Darwall said whoever Trump chooses to replace U.N. Ambassador Nikki Haley should work towards this goal.

“What the new ambassador to the UN should be doing is looking around to … create a solid block of countries that sees this problem the same way as the United States,” Darwall said. (RELATED: Finance Reports Reveal Tom Steyer Completely Bankrolled A Clean Energy Campaign In Arizona)

Darwall noted countries, like Australia, stand to lose a lot if the Paris accord is fully implemented. Indeed, the country’s conservative government is more in line with Trump on global warming policies than other U.S. allies. Haley is expected to leave office by the end of the year. 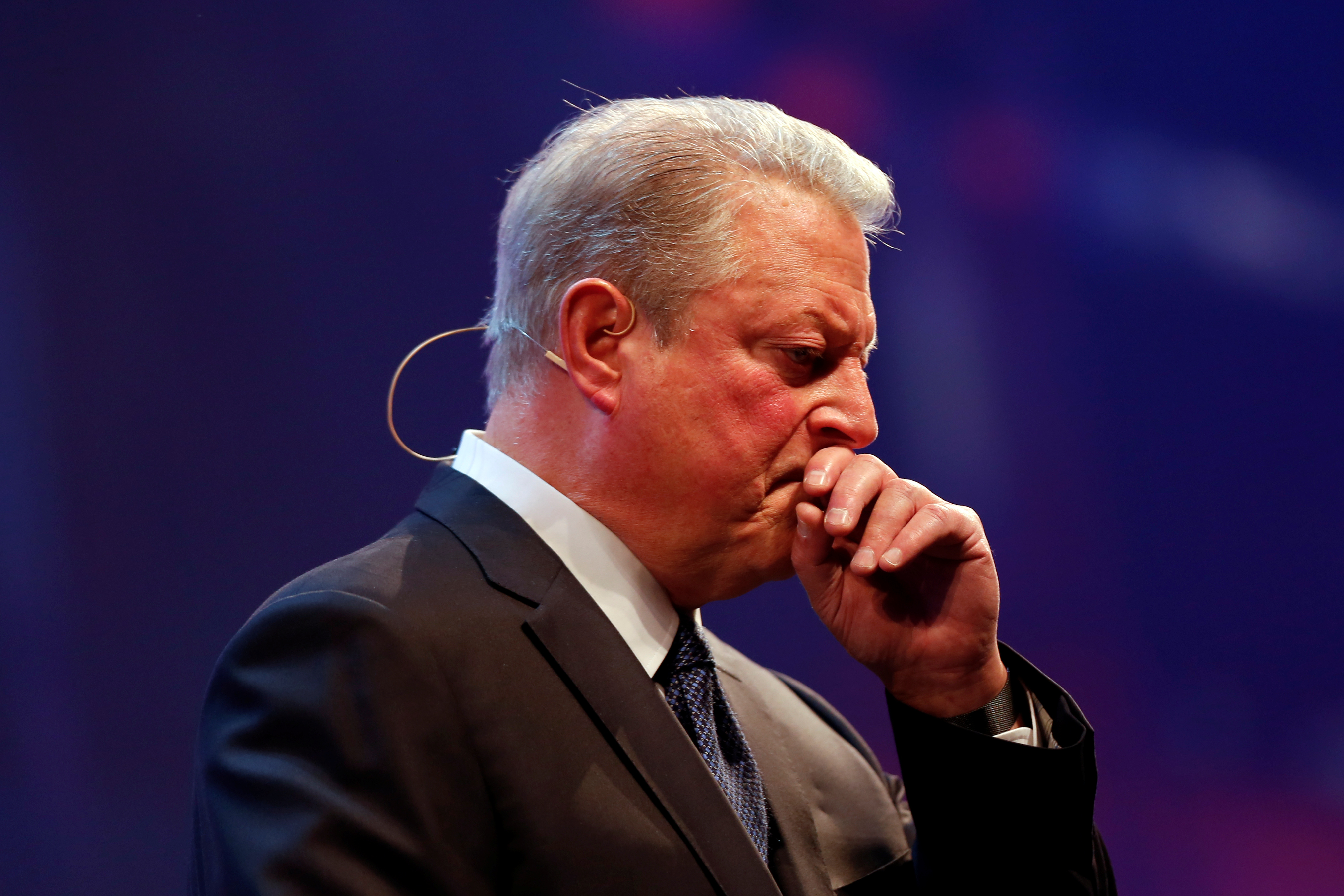 Darwall also poked fun at former Vice President Al Gore’s endorsing a penguin for Congress. Gore endorsed the penguin, named Earth, in early October as part of a ploy to highlight the importance of voting for candidates who want to fight global warming this November.

“One of the things about Al Gore that surprised me … is how widely disliked he is by people on that side of the debate,” Darwall said. “For some reason — I haven’t gotten to the bottom of it — they really, really don’t like him at all.”