The oil and gas company Chevron settled with the Environmental Protection Agency (EPA) Wednesday, agreeing to pay over $160 million in penalties, maintenance and safety upgrades. 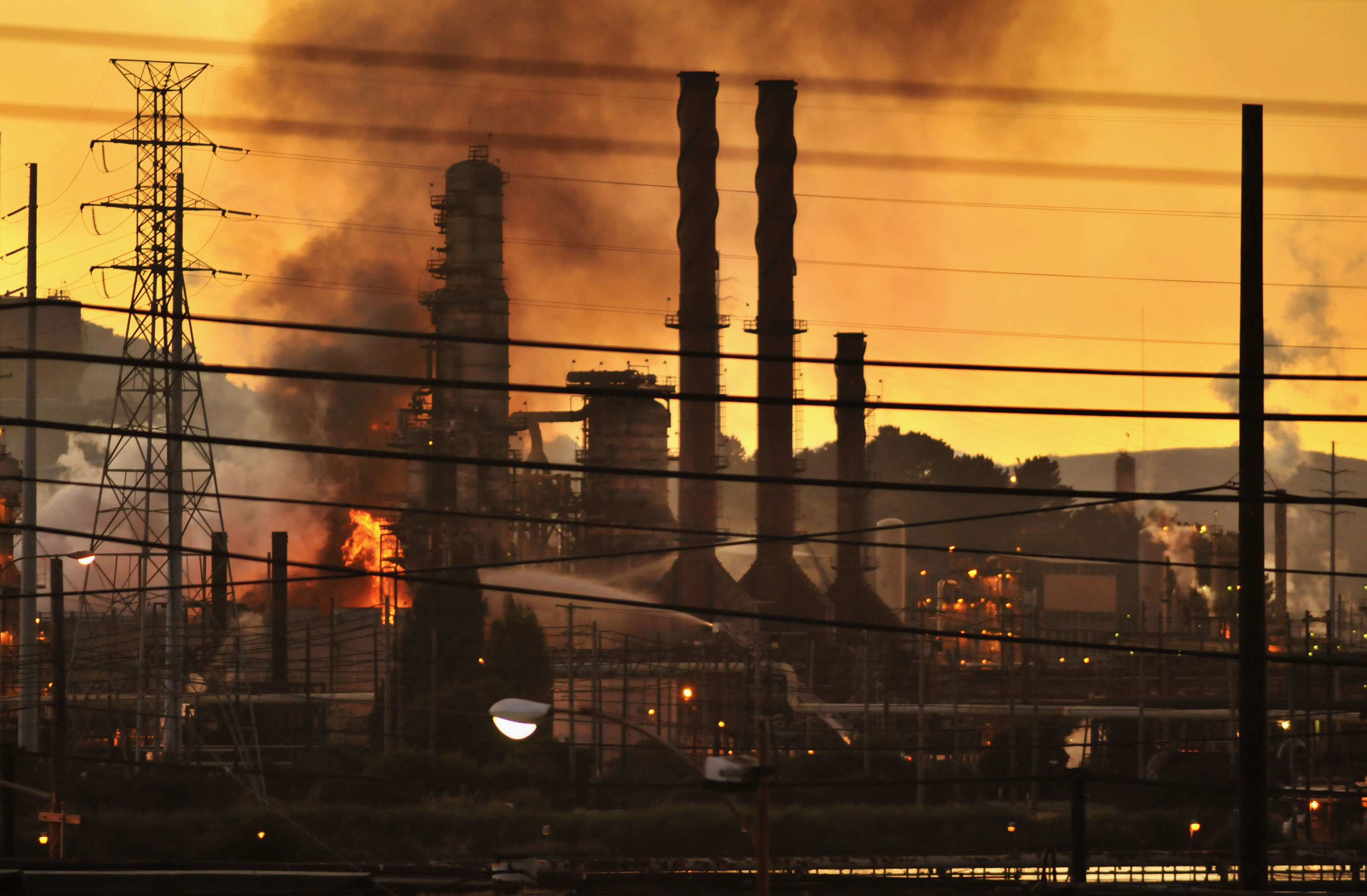 Firefighters douse a flame at the Chevron oil refinery in in Richmond, California Aug. 6, 2012. A fire struck the core of Chevron Corp’s large Richmond refinery on Monday evening, sending flames and a column of smoke into the air and prompting authorities to order nearby residents indoors. The fire, which authorities said was still blazing more than two and a half hours after it erupted, hit the sole crude unit at the 245,000 barrel per day (bpd) plant, which accounts for one-eighth of the state’s refining capacity. REUTERS/Josh Edelson

“This case demonstrates the importance of performing equipment inspections and maintenance in accordance with environmental regulations,” Susan Bodine, assistant administrator of EPA’s Office of Enforcement and Compliance Assurance (OECA), said in a statement. “Under this settlement Chevron, U.S.A Inc. will improve their safety systems and monitoring equipment, protecting their employees and the surrounding communities.”

During the investigation, two more Chevron facilities in California and Mississippi had accidents that released “regulated chemicals” in 2013. One employee died after an explosion and fire broke out at the facility he was working at.

The oil company will spend $150 million replacing pipes and equipment and on better training and procedures for personnel at its U.S. plants. It will also centralize authority for company safety.

Chevron will spend another $10 million on environmental cleanup and protection projects and pay a nearly $3 million civil penalty.

“The company places the highest priority on the protection of employees, communities and the environment, and continually works to enhance the safety of its operations,” Chevron spokesman Braden Reddall said, according to the San Francisco Chronicle. “As part of this settlement, Chevron U.S.A. Inc. has agreed to significant investments at its refineries to enhance the safety and reliability of operations.”