Raiders quarterback Derek Carr said he’s not worried following numerous reports about him possibly being on the chopping block or that his teammates have issues with him.

“The amount of texts that I received yesterday, people hitting me up former teammates, a whole bunch of teammates obviously that are on the team now just saying, ‘Don’t worry about this crap man, we got your back,'” the Oakland QB shared Thursday when he appeared on JT the Brick show, according to TMZ. (RELATED: NFL Week 6: Here Are The Most Important Moments You May Have Missed) 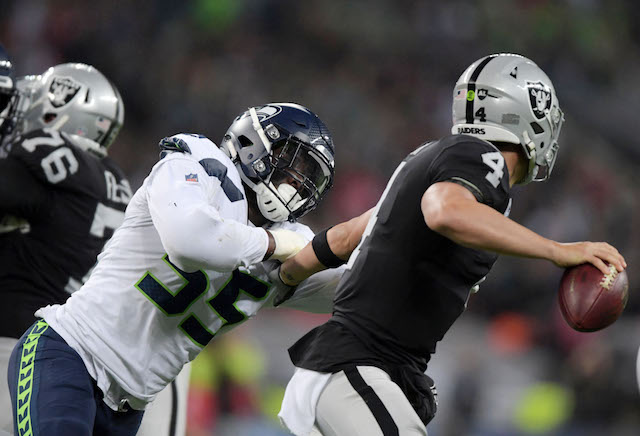 The 1-5 quarterback said when “you lose” rumors and speculations surface like what’s been coming out about him, but it’s just not true.

“A lot of people don’t like going through tough times, but I tell you what, I love it,” he added. “I actually embrace it.”

On Wednesday, Raiders coach Jon Gruden talked about trading wide receiver Amari Cooper and basically sounded like rumors that he was looking to trade Carr were far-fetched.

“I’m not going to speculate today. I don’t see us making any more trades, certainly, I don’t see us trading our quarterback,” the Oakland coach said.