Alabama Democratic Sen. Doug Jones spoke out against President Donald Trump after several pipe bombs were sent to the homes and offices of Progressive leaders on Wednesday, including former Presidents Barack Obama and Bill Clinton.

“I can tell you that there was a bomb that exploded in Birmingham in 1963 that killed four girls because [former public safety commissioner] Bull Connor and [former Gov.] George Wallace said things that empowered them,” Jones said.

Since his victory over the controversial Judge Roy Moore in Alabama’s 2017 special election that was triggered after former Alabama Republican Sen. Jeff Sessions was confirmed as attorney general, Jones has emerged as a fierce critic of Trump, despite representing a state that the President won by nearly 30 points in 2016. (RELATED: Legal Group Files Complaint Against Pro-Doug Jones Super Pac For Concealing Donor Identities) 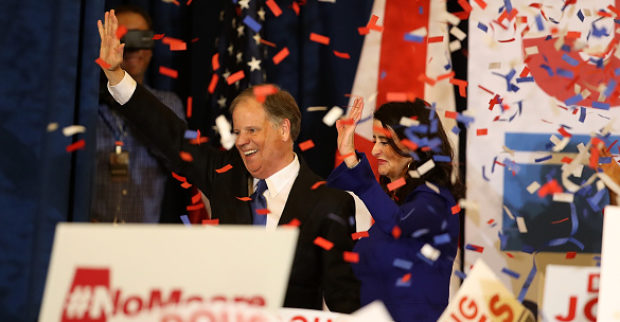 Since he began his U.S. Senate campaign, Jones has made his successful convictions of the bombers an essential part of his political career.