Rep. Maxine Waters responded on Thursday to the slew of suspicious packages potentially containing explosives that were sent to multiple high-profile Democrats the prior day.

One package addressed to Waters caused Capitol Police to evacuate its offsite mail screening facility on Wednesday, and a second package sent to Waters, which evacuated a Los Angeles postal facility. (RELATED: Conservatives Condemn Right-Wing Mob Within Days For Going After Pelosi)

“If you pay attention, or you paid attention, to the president doing his campaign when he talked violence he talked about beating up on people and taking them out on a stretcher and even said he would pay their lawyers fees to get them out,” Waters continued. “Just the other day he was laughing and basically appreciating the fact that a member of Congress had slammed a journalist … and he in his own way really does do a lot to promote violence. Now they’re trying to turn it on us.”

In June, Waters faced backlash after she encouraged her supporters to harass the Trump administration when they are seen in public. She doubled down on her sentiment in September while accepting an award, telling the Young Democrats that she thought Republican officials should not be “welcome” in public spaces.

“Just because the women were outside of the legislature when [Justice Brett] Kavanaugh was being considered for confirmation and they were opposing him, [Trump] turned it into ‘they’re a mob’,” Waters said. “He’s an expert at lying and deceiving and of course encouraging people in his own way to be valid or to be racist or to be separatist. I think it’s the worst thing to ever happen to us, to have a president of this nature.” 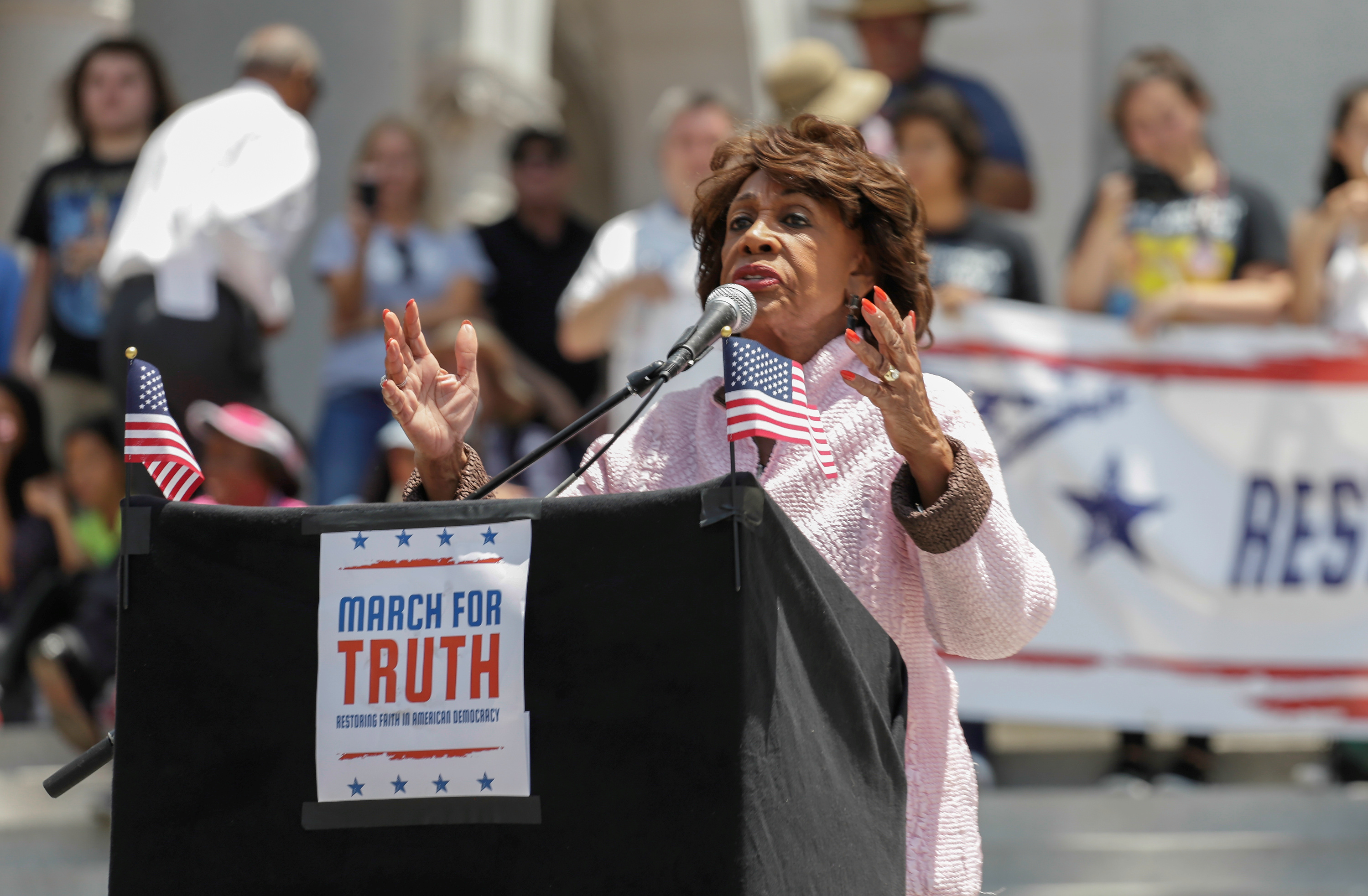 Congresswoman Maxine Waters addresses people as they take part in a “March for Truth” protest to demand an investigation into Russian interference in the U.S. election, in Los Angeles, California, U.S., June 3, 2017. REUTERS/John Fredricks

“This bombing and these packages that are being sent out — one that evidently was directed to my office, was intercepted by the post office — we don’t know what’s in them,” Waters said. “We must not be intimidated to the point where we stop advocating and protesting for justice.”

Waters did not immediately respond to a request for comment.