Republican Bob Hugin and Democratic Sen. Bob Menendez met Wednesday night for the first and only debate of the contentious New Jersey U.S. Senate election, where they maintained a relatively civil atmosphere in an otherwise ugly campaign.

Where Hugin tried to cast Menendez as a corrupt and ineffective scion of the state’s political machine, Menendez said Hugin is little more than a typical pro-Trump Republican.

“We deserve better. Bob Menendez has failed and embarrassed us,” Hugin said.

“He will be another vote for Donald Trump,” Menendez replied in his closing statement. “I will stand up to Donald Trump.”

The embattled Democrat escaped a federal corruption conviction in November 2017 after a jury deadlocked on all counts of the indictment, resulting in a mistrial.

“I understand there are people in our state who are disappointed, and I apologize to them,” the senator said Wednesday night, before asking to be judged by the totality of his record.

The sharpest exchanges took place when the moderator pressed Hugin about campaign ads accusing Menendez of consorting with underaged prostitutes in the Dominican Republic, allegedly procured by his longtime supporter Salomon Melgen.

“It’s a lie, Bob, you know it’s a lie,” Menendez said. Though federal prosecutors pursued corruption charges against the senator, he was never indicted with leaving the country for sexual liaisons, and some of the women who accused him have since recanted. (RELATED: Menendez Underwater In New Jersey Senate Race) 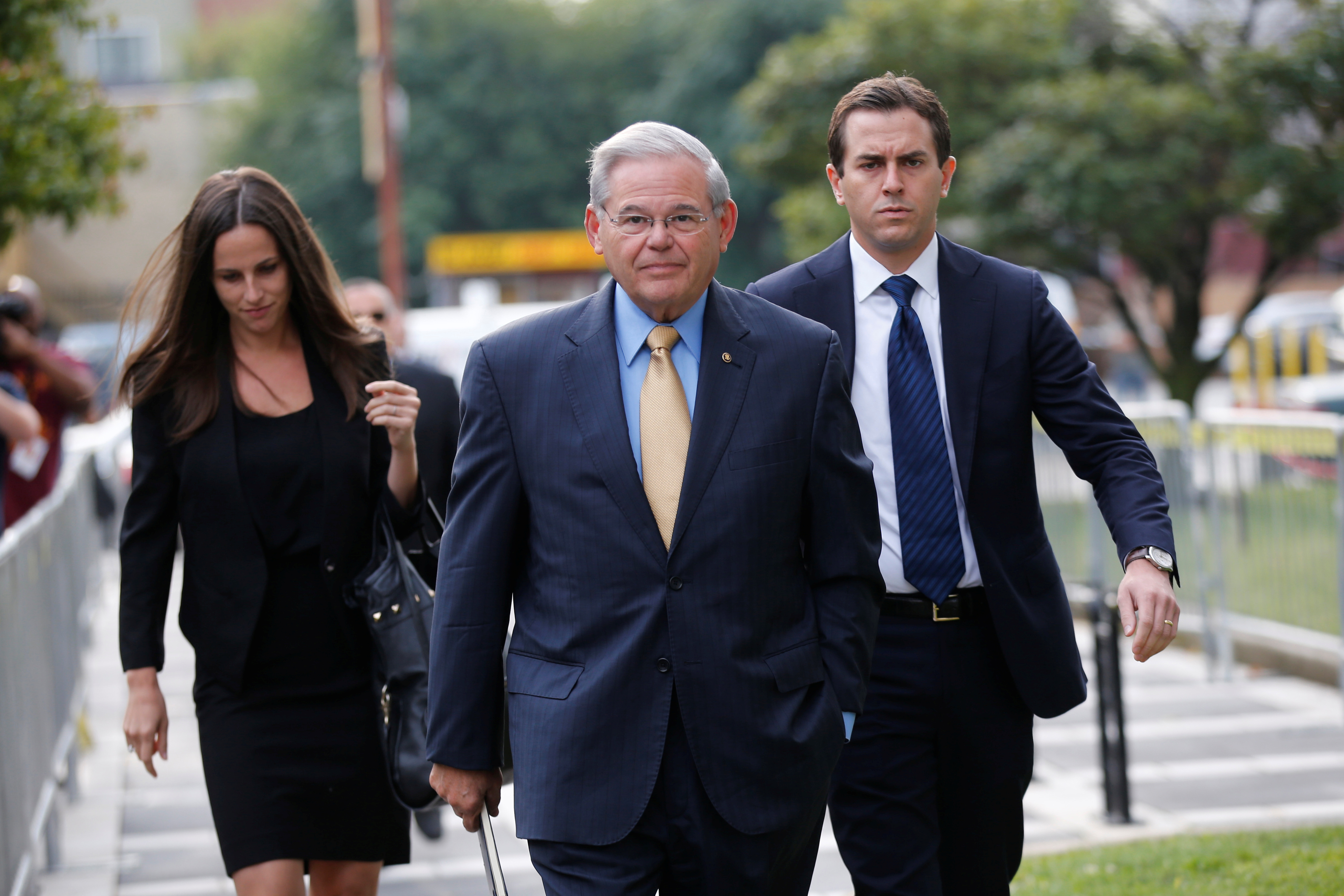 Ethics charges notwithstanding, local issues featured prominently throughout the debate. Hugin attacked Menendez for failing to secure more federal aid for the state, and put some space between him and national Republicans who enacted comprehensive tax reform in 2017. The legislation narrowed a federal tax deduction for state and local taxes, which packed a punch in high tax states like New Jersey.

The pair also sparred over the Gateway project, a years-long effort to build a new rail line between New York and New Jersey. While both men support the initiative, Menendez attacked Hugin for casting his lot with powerful Republicans who oppose it, like Trump and former Gov. Chris Christie.

Menendez leads Hugin by almost eight points in the RealClearPolitics average, and FiveThirtyEight has Menendez as a 90 percent favorite for re-election.