A registered sex offender accused of killing a University of Utah track star Monday was a guard and the security company is now facing questions.

That is because a convicted felon cannot be licensed as a security guard, according to KSL Thursday.

Rowland was a contract worker for Black Diamond Security Group (BDSG). The security company is under investigation by the state. The company and Rowland did not have licenses, KSL reported.

“No one that has been convicted of a felony will be licensed — period, end of discussion,” said Rob Anderton, chairman of the Professional Alliance of Contract Security Companies, KSL reported.

Anderton helped write the training standards for Utah security officers, according to KSL. Utah Department of Commerce filed a cease and desist order against BDSG Thursday.

The chairman did not know how the company hired Rowland.

BDSG said the organization knew Rowland under the name of Shawn Fields, according to a statement on its website. 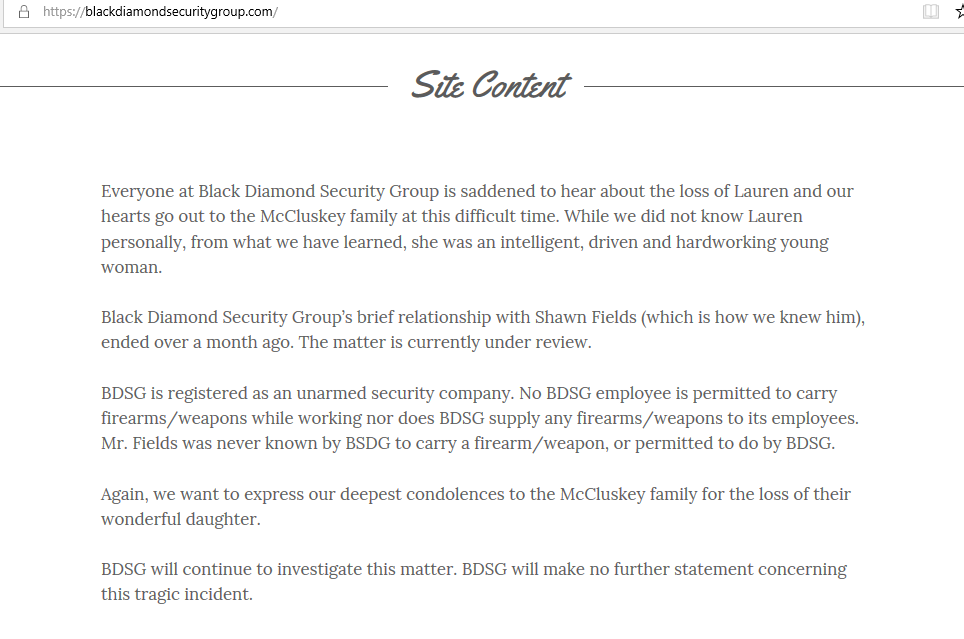 A registered sex offender accused of killing a University of Utah track star Monday was a guard and the security company is now facing questions. (Image: Screenshot/Black Diamond Security Group)

Rowland allegedly killed student Lauren McCluskey. She dated Rowland for a month until she found out about her alleged killer’s criminal past.

Lauren McCluskey’s parents sent us this statement about 30min ago. She is the victim from last night’s shooting on @UUtah campus.

BSDG did not immediately respond to The Daily Caller News Foundation’s request for comment.