The right to free expression does not protect defamation of the Muslim prophet Muhammad, the European Court of Human Rights (ECHR) ruled Thursday.

Upholding a lower court’s ruling, the ECHR found that defaming Muhammad “goes beyond the permissible limits of an objective debate” and “could stir up prejudice and put at risk religious peace” and is therefore not protected expression, the court said in a press release. The case pertained to an Austrian woman – referred to as “Mrs. S.” in court documents – who held two seminars in 2009 on the subject of Islam, in which she accused Muhammad of pedophilia. She was fined 480 Euros, roughly $545, for “disparaging religious doctrines,” the Express Tribune reported.

Europe has long struggled with Islam’s ban on depictions of the prophet, a ban some adherents enforce with violence. Radicals murdered 12 people at the satirical french magazine Charlie Hebdo in 2015 for depicting and mocking the prophet in its pages. The attack sparked many news outlets to publish the “offending” cartoon in solidarity, a decision that could now be punishable in court with the ECHR’s ruling. (RELATED: Paris Attack Death Toll At Least 5 Times That Of Charlie Hebdo) 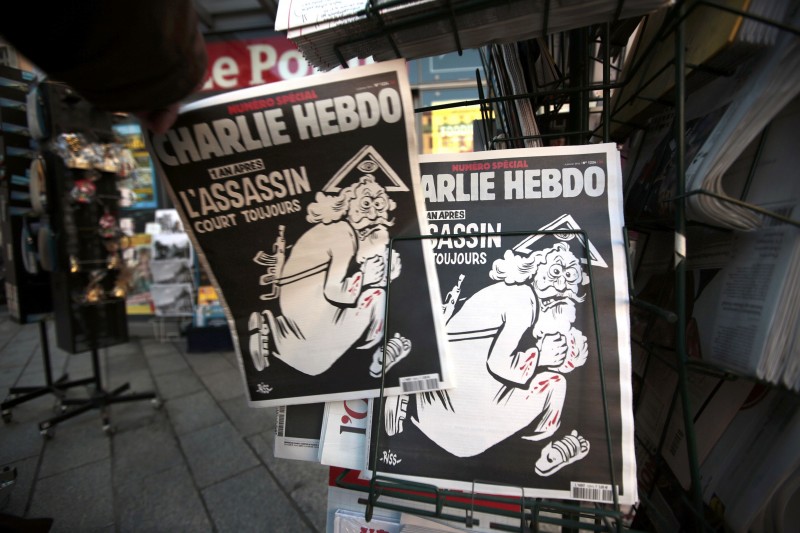 A copy of the French weekly newspaper Charlie Hebdo with the title “One year on, The assassin still on the run” [REUTERS]

The claim of pedophilia made by Mrs. S. in her seminar is not a fringe belief, as several traditional sources within Islam recount Muhammad being betrothed to a 6-year-old and consummating the marriage when she was 9-years-old. One of those sources is from a Hadith or “tradition” said to be written by the wife herself.

Muslim apologists defend Muhammad with the claim that such marriages were common at the time and that Islam requires marriage to be between consenting adults, implying the wife could have gone through puberty early.