President Donald Trump and Melania are getting ready to host a Halloween celebration at the White House for military families and local school children this Sunday.

The president and first lady “will hand out commemorative candy in front of the South Portico, and several departments and agencies will be in attendance along with a variety of fun items and activities for the children to participate in” on the South Lawn as they celebrate Halloween 2018, according to a Friday press release from the First Lady’s office.  (RELATED: The View Has Fiery Debate Over Melania’s #MeToo Comments) 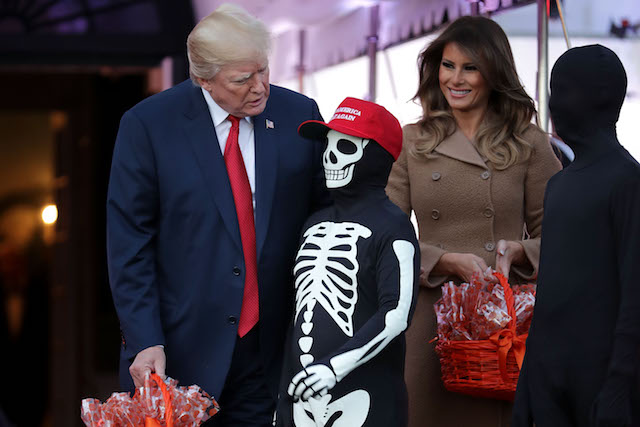 “Gates will be open to military families, and local schoolchildren with their parents from 4:30 to 7:30 PM (tickets were distributed by the Department of Education and the White House Military Office),” the release added.

The release continued, “Cornstalks as tall as the Truman balcony will hang from the White House columns, while colorful fall foliage drapes the South Portico staircases.  A sprawling harvest of decorative pumpkins, gourds, and hay bales will be on display for the trick-or-treaters.”

“Children will also be able to see the Presidential Limo known as ‘The Beast,’ which is being brought in by the United States Secret Service.” Trump’s office shared. “Before departing the grounds, children will be invited to explore a hay bale maze.” 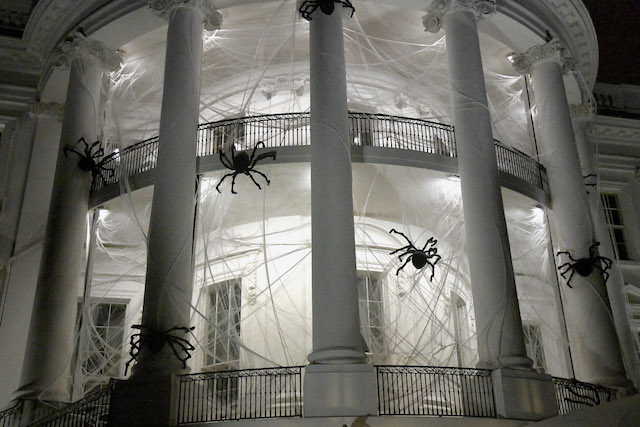 The South Portico of the White House is covered in decorations for Halloween, October 28, 2017 in Washington, DC. (Photo by Olivier Douliery-Pool/Getty Images)

Last year, the White House was all decked out for the festivities, complete with giant cobwebs and spiders. 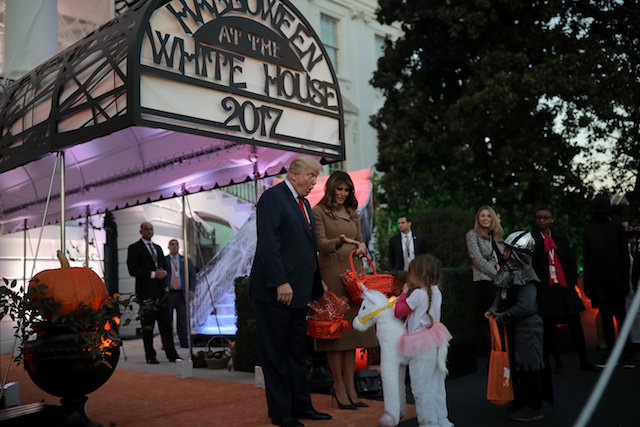 U.S. President Donald Trump and First Lady Melania Trump give out Halloween treats to children at the South Portico of the White House in Washington, U.S., October 30, 2017. REUTERS/Carlos Barria