President Trump called for unity and criticized the media during his Friday night rally in North Carolina, taking particular issue with their coverage of the alleged mail bomber.

“The media has a major role to play, whether they want to or not … and they do indeed, they have a major role to play as far as tone and as far as everything. And we all say this in all sincerity, but the media’s constant unfair coverage, deep hostility and negative attacks, you know that, only serve to drive people apart and to undermine healthy debate,” Trump stated. (RELATED: Trump Issues Forceful Rebuke Of Political Violence)

Cesar Sayoc Jr., 56, was arrested on Friday in connection with the suspicious packages uncovered over the last 48 hours. He is suspected of sending at least 12 potentially explosive devices to Democratic leaders and public figures and faces five federal charges and up to 58 years in prison if convicted.

“For example, we have seen an effort by the media in recent hours to use the sinister actions of one individual to score points against me and the Republican Party,” he continued. 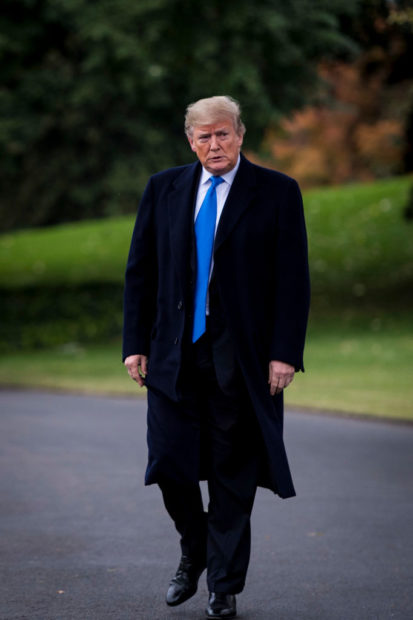 WASHINGTON, DC – OCTOBER 26: US President Donald Trump walks over to speak to the media as he prepares to board Marine One on the South Lawn of the White House on October 26, 2018 in Washington, DC. Trump was traveling to a rally in Charlotte, NC. (Photo by Pete Marovich/Getty Images)

“Yet when a Bernie Sanders supporter tried to murder congressional Republicans and severely wounded a great man named Steve Scalise and others, we did not use that heinous attempt of mass murder for political gain because that would have been wrong. It would have been the wrong thing to do,” the president added. 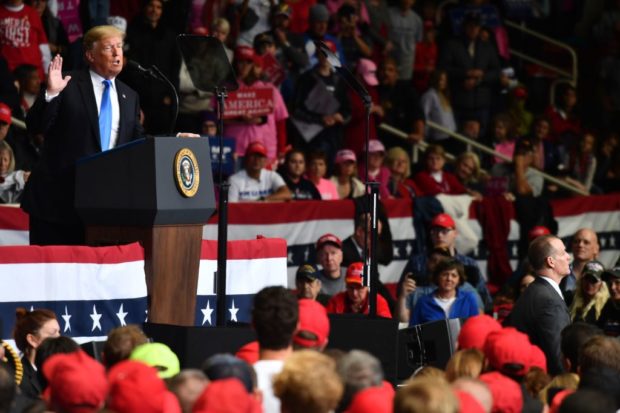 “Nor do we blame the [Democratic] Party every time radical leftists seize and destroy public property and unleash violence and mayhem. Yet the media has tried to attack the incredible Americans who support our movement to give power back to the people, it’s what the movement is,” he concluded.