“I want [Avenatti] to be the Democratic candidate,” Grassley told The Washington Examiner. “So it finally shows how ridiculous the base of the Democratic Party is.”

The Iowa senator took umbrage with Avenatti after he came forward as the attorney for Julie Swetnick, a woman who accused Supreme Court Justice Brett Kavanaugh of being present while girls were drugged and gang-raped in the 1980s.

Grassley has since referred both Avenatti and Swetnick to the Justice Department and FBI for a further investigation in to their claims regarding Kavanaugh. (RELATED: Michael Avenatti Launches A PAC)

Avenatti has shown interest in running for president in 2020 on the Democratic ticket. He officially launched his own political action committee (PAC) in August in preparation for the presidential run. 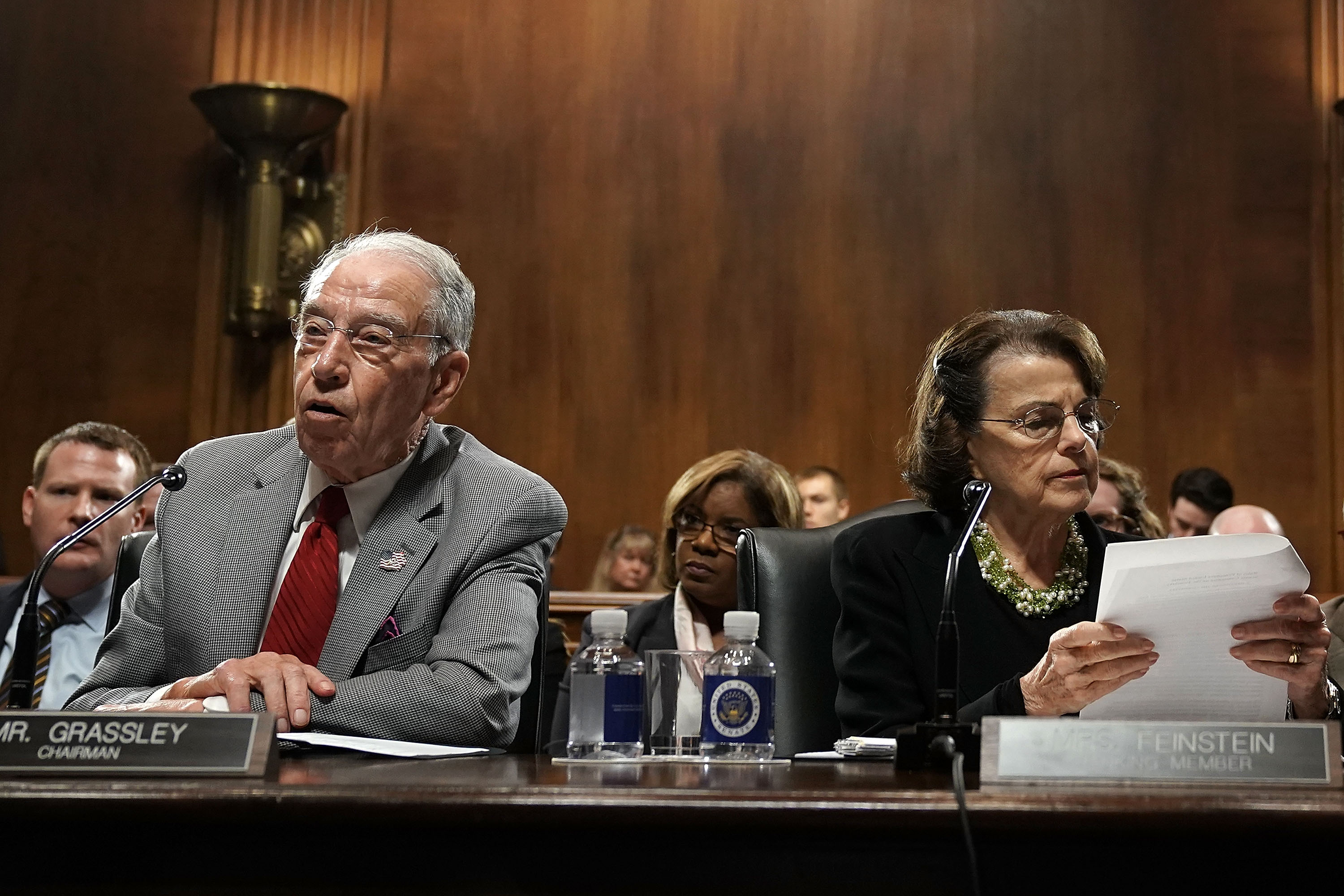 Committee Chairman U.S. Sen. Chuck Grassley (R-IA) (L) speaks as ranking member Sen. Dianne Feinstein (D-CA) (R) listens during a markup hearing before the Senate Judiciary Committee September 13, 2018 on Capitol Hill in Washington, DC. A request during the hearing by the Democrats to subpoena documents on Supreme Court nominee Brett KavanaughÕs job as staff secretary in the George W. Bush administration was rejected by the Republicans. Chairman Grassley announced that the committee will hold its final vote on the nomination on September 20, 2018. (Alex Wong/Getty Images)

Avenatti is also a frequent critic of Trump — he announced in September that he would hold a “resistance rally” in Texas at the same time Trump was scheduled for a Sen. Ted Cruz rally in order to “send a message” and to “fight fire with fire.” While around 100,000 individuals RSVP’d for Trump’s rally, Avenatti bowed out of his rally.

Grassley explained to the Examiner that Avenatti is “a good public relations man, opposite of the good that Trump does.” However, he also noted that “Trump’s just as good.”