Attorney General Jeff Sessions said Saturday that the Justice Department is filing federal hate crime charges that could lead to the death penalty for Robert Bowers, the 46-year-old man who murdered 11 people at a Pittsburgh synagogue.

“These alleged crimes are reprehensible and utterly repugnant to the values of this nation. Accordingly, the Department of Justice will file hate crimes and other criminal charges against the defendant, including charges that could lead to the death penalty,” Sessions said.

Armed with an AK-47 and two handguns, Bowers opened fire at the Tree of Life Synagogue in Pittsburgh’s Squirrel Hill neighborhood. Witnesses report that he yelled “All Jews must die!” as he opened fire on the congregation. 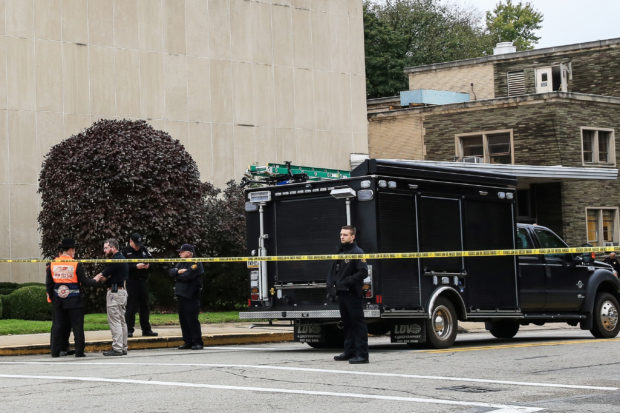 Several police officers who responded to the attack were injured. Bowers was arrested after surrendering to police.

A social media account operated by Bowers showed that he spread anti-Semitic rhetoric and conspiracy theories.

President Trump called the attacks devastating and said that the gunman must “pay the ultimate price.”

President Trump speaks for the first time after Pittsburgh synagogue shooting: “It’s a terrible, terrible thing what’s going on with hate in our country, frankly, and all over the world, and something has to be done” https://t.co/hmkCGdFSF4 pic.twitter.com/j4t37kkNQP