Surveys conducted in Florida, Arizona and Indiana indicate all three Senate races in these states to be neck and neck just nine days before the midterm elections.

The surveys were conducted between Oct. 23-26 among likely voters, with all three being within the margin of error.

The latest survey comes as welcome news for Braun, a former Republican state lawmaker who had previously trailed Donnelly in most of the recent polls out of Indiana. Donnelly led in three separate surveys earlier in October. However, Braun has since closed the gap and surpassed the Democratic senator, leading in the latest two polls.

“We have all the momentum in the final nine days because Hoosiers are ready for solutions, not more of the same from politicians who’ll say anything to get elected,” Braun said Sunday on Twitter, celebrating the CBS poll.

Braun has also cited the “Kavanaugh effect” for his recent poll surge — he is not the only Republican candidate to enjoy better numbers after Supreme Court Justice Brett Kavanaugh’s confirmation brawl.

Scott, the GOP governor of Florida, also appears to have momentum in his direction. A Gravis Marketing poll conducted between Oct. 22 and 23 showed him trailing Nelson by 4 percentage points. However, Scott and Nelson are now at a dead heat. Many respondents in the CBS survey gave the outgoing governor positive marks for his response to Hurricane Michael, which smashed the state’s panhandle region. 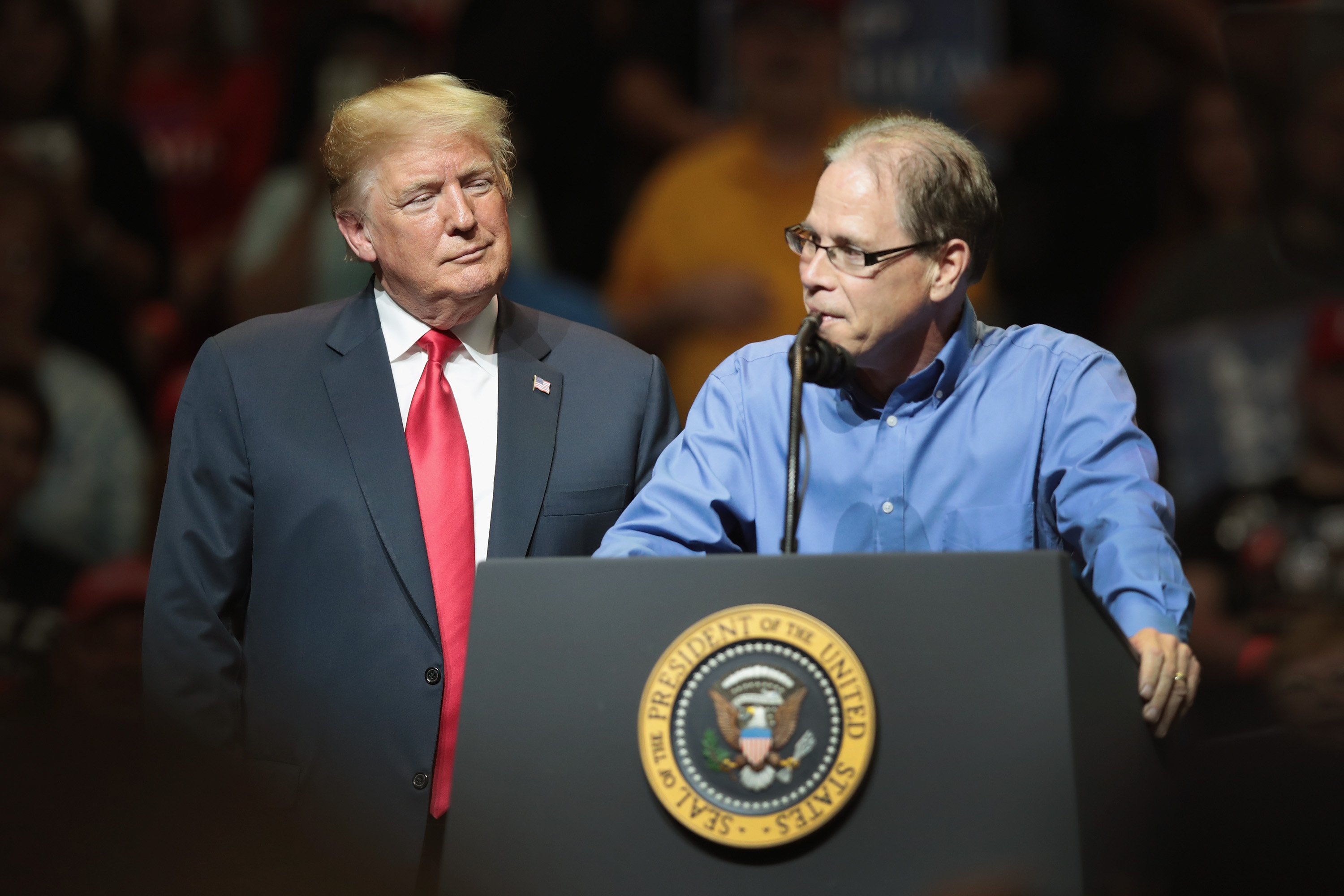 ELKHART, IN – MAY 10: President Donald Trump turns the mic over to Rebublican candidate for U.S. Senate Mike Braun at a campaign rally on May 10, 2018 in Elkhart, Indiana. The crowd filled the 7,500-person-capacity gymnasium. (Photo by Scott Olson/Getty Images)

McSally, an Arizona GOP congresswoman, had trailed Sinema by as much as double digits over the summer. However, recent revelations into Sinema’s past has made the race much more competitive. The RealClearPolitics average of recent polls shows McSally barely ahead by 0.7 percentage points. (RELATED: Kyrsten Sinema Loses Arizona State Troopers Endorsement)

FiveThirtyEight, a polling aggregate and election website, gives the Republican Party a 5 in 6 chance of retaining control of the Senate.