James was seen in the hat as he arrived at the AT&T Center in San Antonio for the Lakers game against the Spurs, which they lost 110-106. (RELATED: LeBron James Signs With The Lakers)

This is not the first time James has shown his support for O’Rourke. In August, the Lakers superstar tweeted praise for the Texas representative after a video went viral of O’Rourke speaking about his thoughts on NFL players kneeling during the anthem. He called the video “a must watch” and called his response “candid” and “thoughtful.”

A Must Watch!!! Salute @BetoORourke for the candid thoughtful words! https://t.co/E1YrbqGciZ

James has been very critical of President Trump and vice versa.

“What I’ve noticed over the last few months that [Trump’s] kinda used sport to kinda divide us, and that’s something that I can’t relate to,” James said in an interview with CNN’s Don Lemon last July. 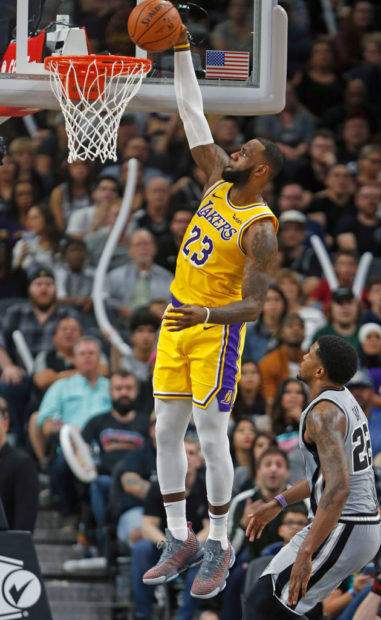 After the interview aired, Trump tweeted, “Lebron James was just interviewed by the dumbest man on television, Don Lemon. He made Lebron look smart, which isn’t easy too do. I like Mike!” (RELATED: This Interview Of LeBron James Shows His Incredible Level Of Brilliance [VIDEO])

O’Rourke is challenging incumbent Sen. Ted Cruz, who is currently up in the polls with the election slightly over a week away.