Democrats are on pace to outspend Republicans — $143 million to $86 million — on television ads for House races. The bulk of that spending came from Bloomberg, who pledged to spend roughly $20 million in House campaign ads in the final week by way of Independence USA, his super PAC, according to the report.

The Democratic National Committee (DNC) has not been so fortunate. The Republican National Committee (RNC) held a fundraising advantage over the DNC earlier this cycle as of September. The party is still trying to rebuild following reports it was in tatters after the 2016 presidential election.

Democratic congressional candidates combined raised over $1 billion this election cycle through September, while Republicans pulled in $709 million. One of those candidates to benefit is Beto O’Rourke, a Democratic representative in the running to unseat Texas Republican Sen. Ted Cruz.

O’Rourke has raised nearly $40 million in the third quarter of 2018, smashing the record for most raised in one quarter, previously set at $22 million. Comparatively, Cruz raised roughly $12 million over the same period. (RELATED: Texas Politics Project Dissects Polls, Explains Why Ted Cruz Will Win)

Bloomberg is one of two major billionaires considering running for office in 2020 who have become major players this midterm. 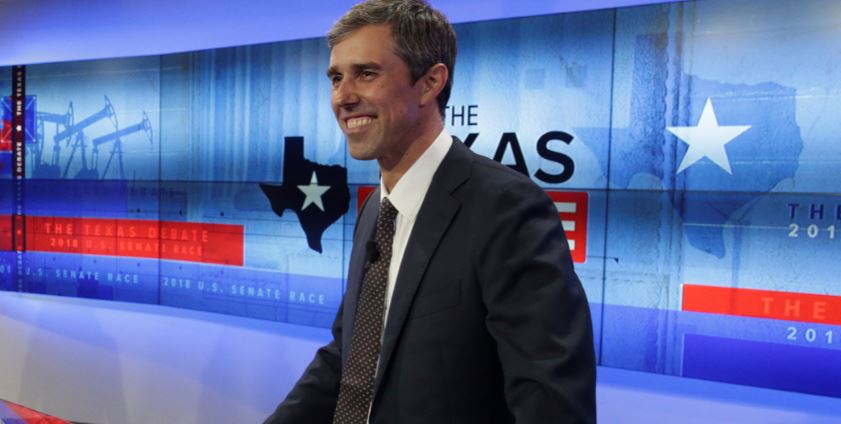 Liberal financier Tom Steyer’s PAC has given over $42 million this midterm election cycle to Democrats and other progressive causes. That number makes him the second highest political donor across the partisan spectrum, behind Republican booster Sheldon Adelson.

Steyer is also forking over $5 million into the progressive candidate’s campaign war chest as the California billionaire works to turn a reliably Republican office blue. Florida gubernatorial nominee Andrew Gillum is one of a handful of Democratic candidates pushing for President Donald Trump’s ouster.

Bloomberg, meanwhile, is using his PAC to dump more than $9 million ahead of the midterm elections on campaign ads targeting vulnerable Republicans vying for re-election in California, both to promote Democrats and run advertisements against GOP members, according to the Los Angeles Times.