“In terms of interpreting what [McCarthy] said, that seems to me like a straight up anti-Semitic move. I think that is a classic attempt to separate Americans. I think that absolutely falls in the category of what I’m describing as political violence,” Steyer stated Sunday on CNN’s “State of the Union.”

Stayer’s comments were in regard to a tweet that McCarthy, a California congressman, posted, but then subsequently deleted.

“We cannot allow [George] Soros, Steyer, and [Michael] Bloomberg to BUY this election! Get out and vote Republican November 6th,” McCarthy tweeted Tuesday before deleting it Wednesday.

CNN host Jake Tapper related the tweet to the attack at a Pittsburgh synagogue Saturday, and brought up that Soros, Bloomberg and Steyer have Jewish backgrounds. Tapper asked if the shared Jewish identity was a “coincidence.” (RELATED: Ted Cruz Chased Out Of DC Restaurant By Anti-Kavanaugh Protesters)

“I believe what we are looking for in America is something completely different from that,” Steyer said.

However, the three men included in McCarthy’s deleted tweet do share one other thing in common: They have all been major donors to Democratic candidates and causes this election cycle. The three have given a combined total of $64,452,092 during the 2018 election cycle, according to data compiled by the Center for Responsive Politics. 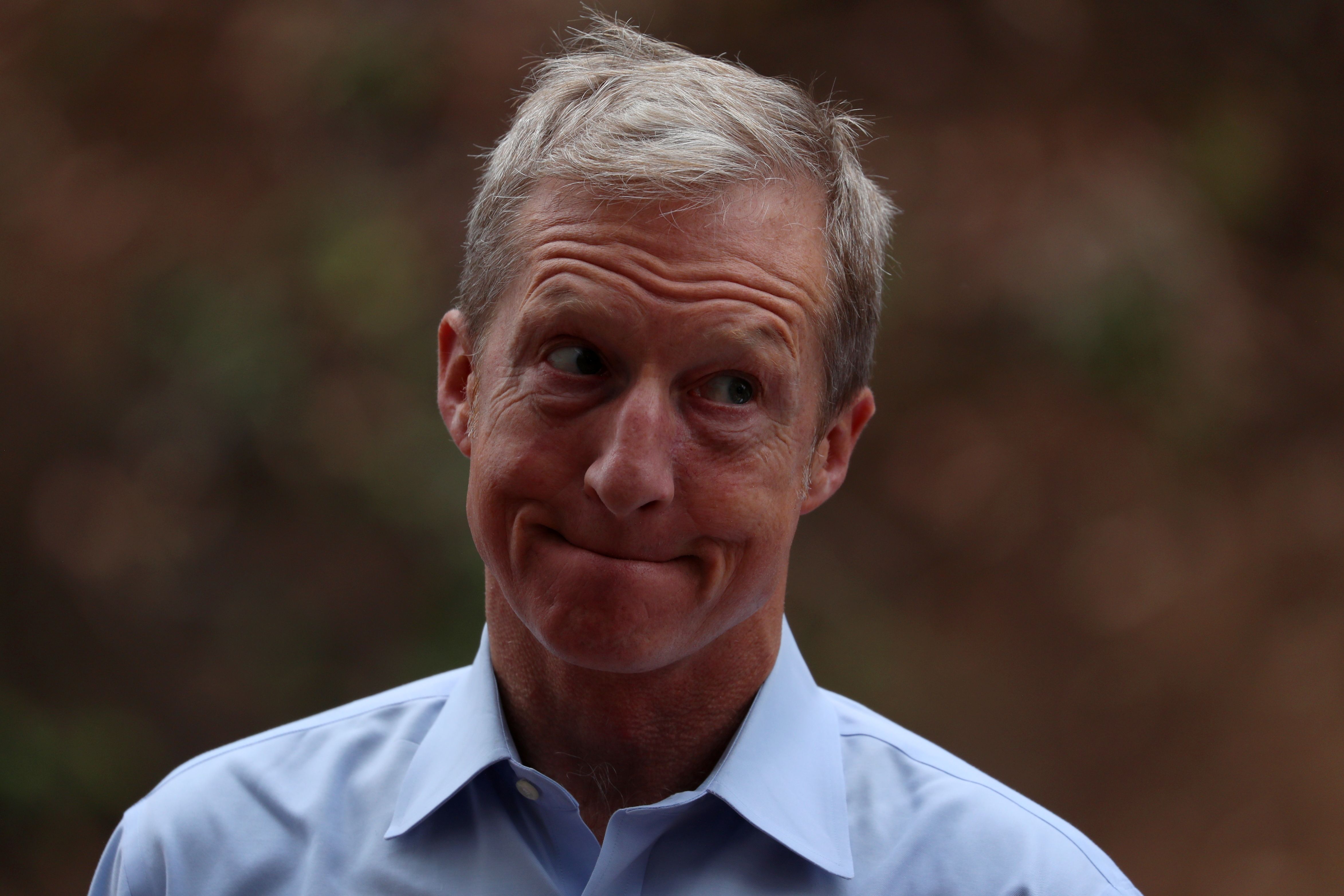 Steyer himself is the most prolific Democratic donor in the country, having burned, together with his wife, well over $42 million. Aides to the billionaire activist say he is going to drop another $16 million in the final days of the election. Soros has donated $15 million and Bloomberg has donated over $6.5 million.

Despite examples such as a supporter of Independent Sen. Bernie Sanders of Vermont shooting up a baseball field of GOP lawmakers, numerous Republican senators having their personal information compromised after getting doxxed, and GOP Colorado Sen. Cory Gardner’s wife receiving a graphic video of a beheading, Steyer said it’s “absolutely false” to say that there is loud language of both sides.

President Donald Trump called Steyer a “crazed [and] stumbling lunatic who should be running out of money pretty soon,” on Twitter Sunday.

Just watched Wacky Tom Steyer, who I have not seen in action before, be interviewed by @jaketapper. He comes off as a crazed & stumbling lunatic who should be running out of money pretty soon. As bad as their field is, if he is running for President, the Dems will eat him alive!