“I humbly beseech thee to make thy presence known on November 6th. Demonstrate your omnipotence through us as we make ink marks on little circles in curtained booths,” a message in the credits at the end of the October 25th CBS sitcom read, according to News Busters Monday. (RELATED: Emily Ratajkowski Blasts ‘Big Bang Theory’ Star For Weinstein Op-Ed) 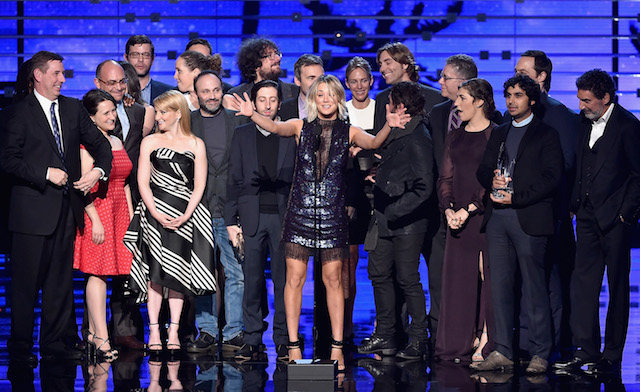 “Of course if you, in your divine wisdom, believe a fascist, hate-filled, fear-mongering, demagogic, truth-shattering, autocratic golf cheater is what we need right now, then, you know, thy will be done,” it added.

The message continued, “But if thou art inclined to more freedom, more love, more compassion, and just more of the good stuff thou hath been promoting in our hearts or our parietal lobes — either one, doesn’t really matter — I submissively ask that thy encourage voter turnout in that general direction.”

“Also God, please help Bob Mueller,” the message from Chuck Lorre’s Productions read. “Guide him and make him strong, brave, wise and true. And yes, I know there must be thousands of guys named Bob Mueller, so why not help them all, just to be on the safe side.”

“Amen,” it added. “Oh, almost forgot, remind those who collaborate with the darkness that thou art the light, and the light is not above whipping out a little Old Testament wrath. Amen again.”

It was not the first time Lorre posted an anti-Trump message after one of the shows. On November 3, 2016, he mocked the “Make America Great Again” slogan with a similar message on what’s called a “vanity card.”

“Don’t be fooled. Big Daddy can’t save us. Our salvation lies within ourselves,” the message read. “Within our own ingenuity and determined effort.”‘Make America great again’ is a bumper sticker for victimhood.”