CNN claimed on Monday that they never “directly” blamed President Donald Trump for the pipe bomb sent to them last week, but a number of chyrons on the network suggest otherwise.

White House press secretary Sarah Sanders said during a press briefing on Monday that “it’s irresponsible of a news organization like yours to blame responsibility of a pipe bomb that was not sent by the president — not just blame the president, but blame members of his administration for those heinous acts.”

CNN tweeted shortly after the briefing negating Sanders’ characterization of their coverage of the bomb scares, writing, “CNN did not say [Trump] was directly responsible for the bomb sent to our office by his ardent and emboldened supporter.”

No @PressSec, CNN did not say @realDonaldTrump was directly responsible for the bomb sent to our office by his ardent and emboldened supporter. We did say that he, and you, should understand your words matter. Every single one of them. But so far, you don’t seem to get that. pic.twitter.com/ZbH5DQggWq

CNN President Jeff Zucker suggested that Trump’s rhetoric was to blame for the bomb scares last Wednesday, saying in a statement that “words matter.” (RELATED: CNN’s John King Claims No One Is Blaming Trump For Bomb Scare, Guest Immediately Does Just That)

“There is a total and complete lack of understanding at the White House about the seriousness of their continued attacks on the media,” Zucker said.

CNN also featured a number of chyrons last week after the bombings that tied the president’s rhetoric to incitement of violence and implied that his words could have emboldened the bomb scare suspect. 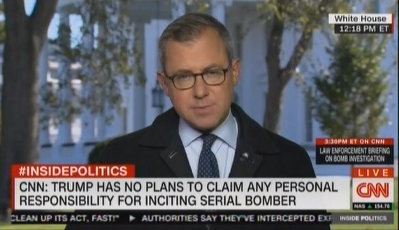 The network also repeatedly noted that all of the people who received pipe bombs — including former President Barack Obama, former Secretary of State Hillary Clinton and left-wing billionaire George Soros — are people that Trump has criticized. 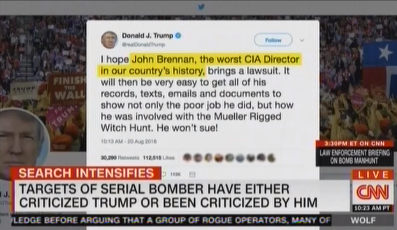 Here are a number of CNN chyrons that implied Trump is responsible for the bomb scare: 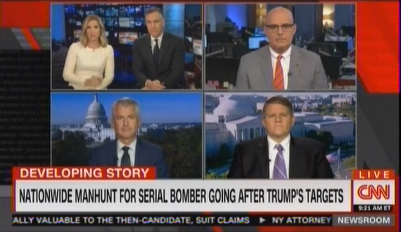 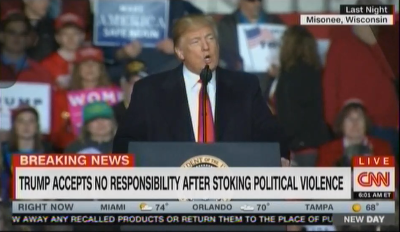 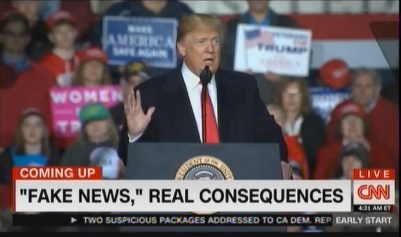 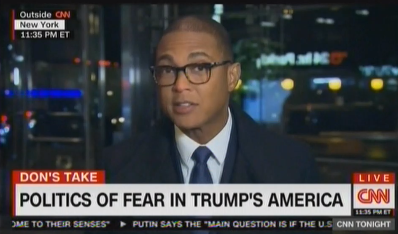 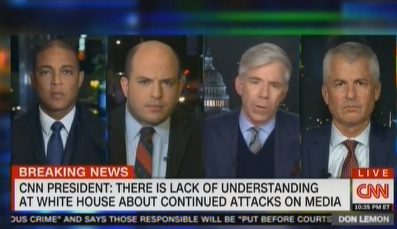 CNN: No Understanding From WH About Trump’s Rhetoric (Screenshot Provided To TheDC) 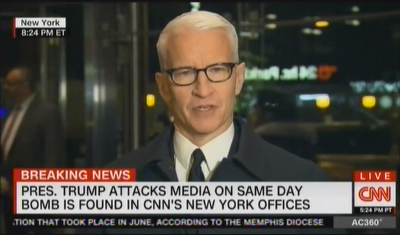