German Chancellor Angela Merkel announced Monday that she will not seek re-election as party leader of the Christian Democratic Union (CDU).

Merkel has been chair of the CDU since 2000 and chancellor since 2005, according to Reuters. While she has said she is not seeking re-election, she announced it is her intention to remain chancellor until the next general election in 2021.

“It is time today for me to start a new chapter. This fourth term is my last term as chancellor of the Federal Republic of Germany. In the next Bundestag election in 2021, I will not run again as chancellor. I will not run for the German Bundestag any more, and I do not want any other political office,” Merkel said to reporters in Berlin, according to CNN. 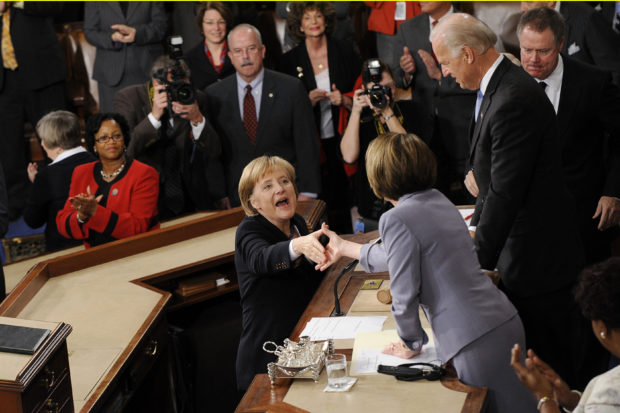 Merkel has been one of the leading proponents of further European integration. Her open refugee policy has been met with the rise of the Alternative for Germany (AfD), which has risen in popularity amid other anti-establishment sentiments in Europe on the right. On the center-left, the Greens have also increased in national popularity, further squeezing Merkel’s fragile CDU-SPD coalition, according to the BBC. (RELATED: ‘Trump Of The Tropics’ Wins Brazilian Presidential Election)

U.S. President Donald Trump in July said Merkel was a “superstar” until she “allowed millions of people to come into Germany.”

“That really hurt her badly as you know,” Trump said in a Fox News interview with Tucker Carlson. “She was unbeatable in any election.”

Domestically, Merkel portrayed herself as a pragmatic moderate.

The CDU’s next party congress is set to take place in December.