The ad features a three-minute long video that accuses the president of following a “dictator’s playbook” modeled by tyrants like Venezuelan dictator Hugo Chavez and North Korean dictator Kim Jong Un, in addition to Hussein.

The ad describes Trump as a “malignant narcissist” and claims he is perpetuating “systemic misogyny.” The video claims Trump’s support for a border wall and attacks on the media make him comparable to dictators like Hussein and Chavez.

A spokesperson for Steyer did not return a request for comment on the video. 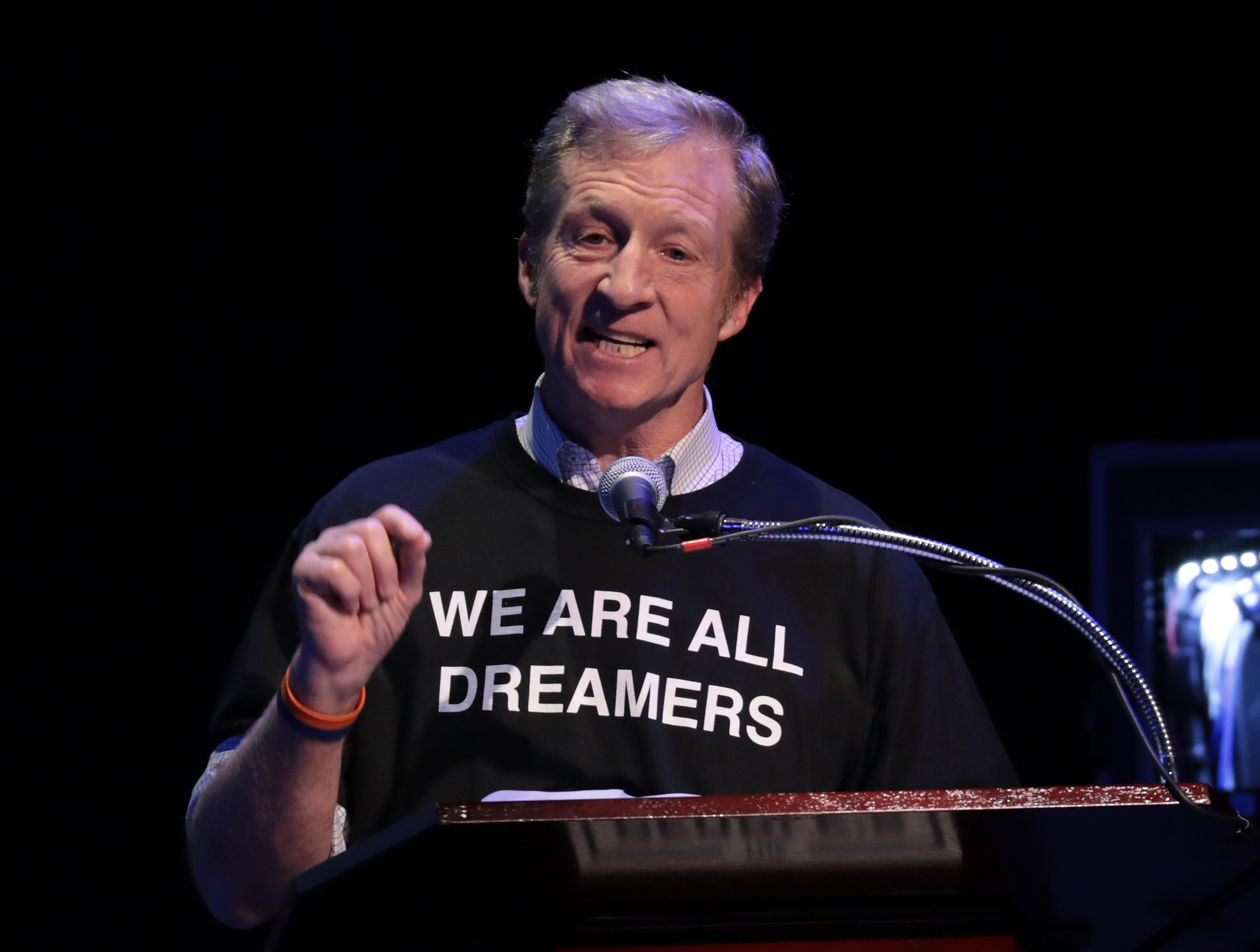 Tom Steyer speaks onstage at The People’s State Of The Union at Townhall on January 29, 2018 in New York City. (Photo by Cindy Ord/Getty Images for We Stand United)

“This disgusting ad has no place running on Facebook and the absurd comparison should be condemned by all Americans,” Republican National Committee (RNC) spokesman Steve Guest said in a statement. Guest is a former Daily Caller reporter.

Steyer is spending $10 million promoting the possibility of impeaching Trump and is spending a $120 million overall to boost Democrats ahead of next week’s midterm elections.

As part of that effort, Steyer is flooding Facebook with political ads.

The left-wing billionaire is considered a potential 2020 Democratic presidential candidate.