Members of the crowd at game five of the 2018 World Series unfurled a blue, pink and white flag Sunday with the words “Trans People Deserve To Live” emblazoned on the front.

The flag billowed in the wind at the final game between the Boston Red Sox and Los Angeles Dodgers Sunday night at Dodger Stadium. Designed by a transgender person from Arizona, the flag design first appeared in 2000, according to CBS News. The design concept itself was created a year earlier, HuffPost reported. 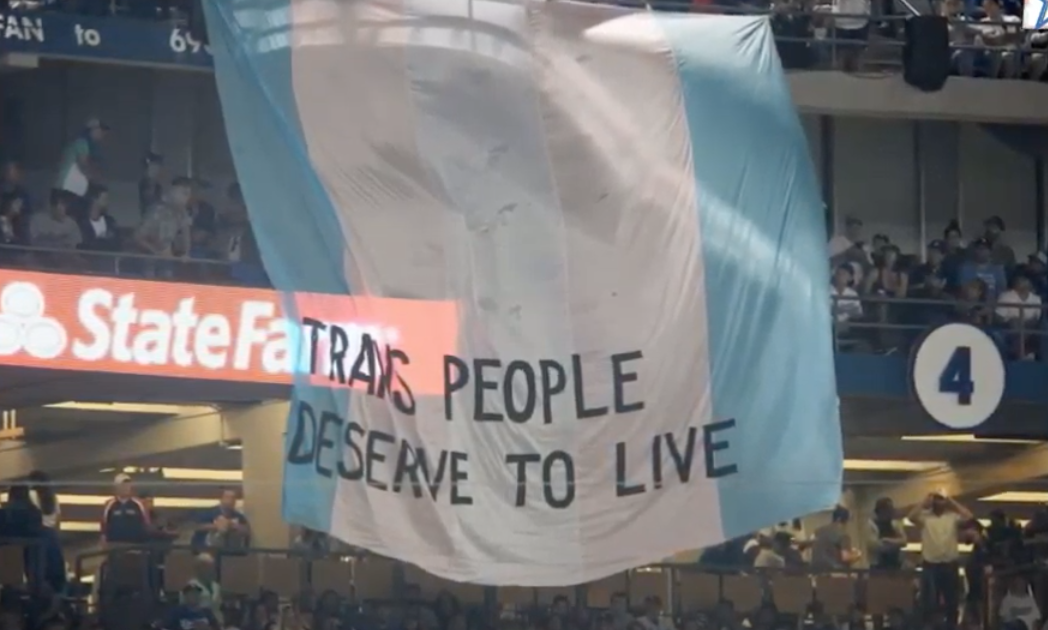 The flag was eventually taken down, but no reports indicate whether activists or security forces were responsible for the flag’s removal. 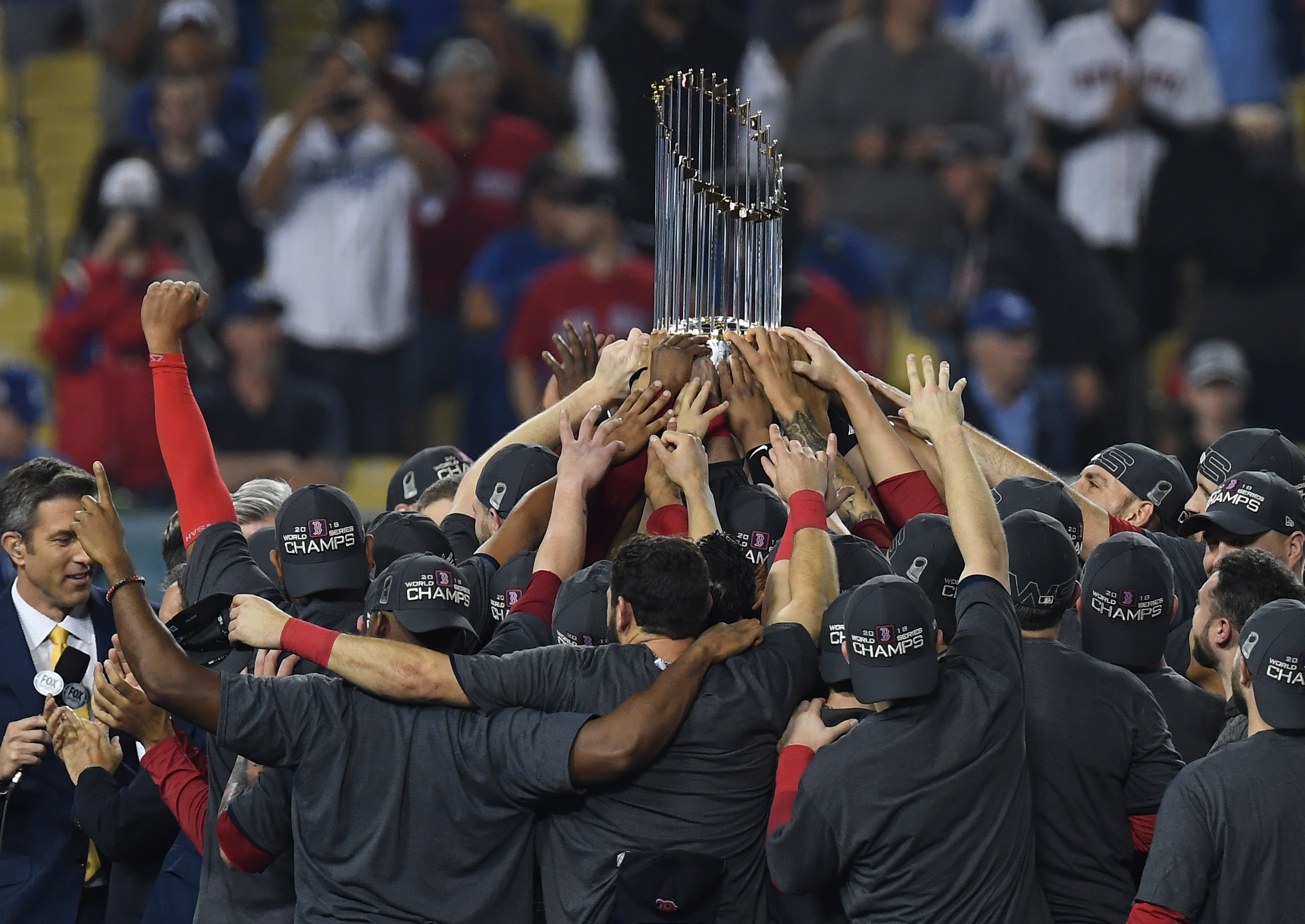 Red Sox players celebrate with the Commissioner’s Trophy after defeating the Dodgers in game five of the 2018 World Series at Dodger Stadium. Richard Mackson-USA TODAY Sports

The flag’s unfurling comes after an Oct. 21 memo reportedly indicated the Trump administration plans to define gender by biological sex, according to The New York Times, defining gender as either female or male, depending on the person’s genitalia at birth. (RELATED: Trump Administration Considering Policy That Eradicates ‘Transgender’ Identity)

“Sex means a person’s status as male or female based on immutable biological traits identifiable by or before birth,” the memo reads. It could potentially implement genetic testing for discrepancies as well. 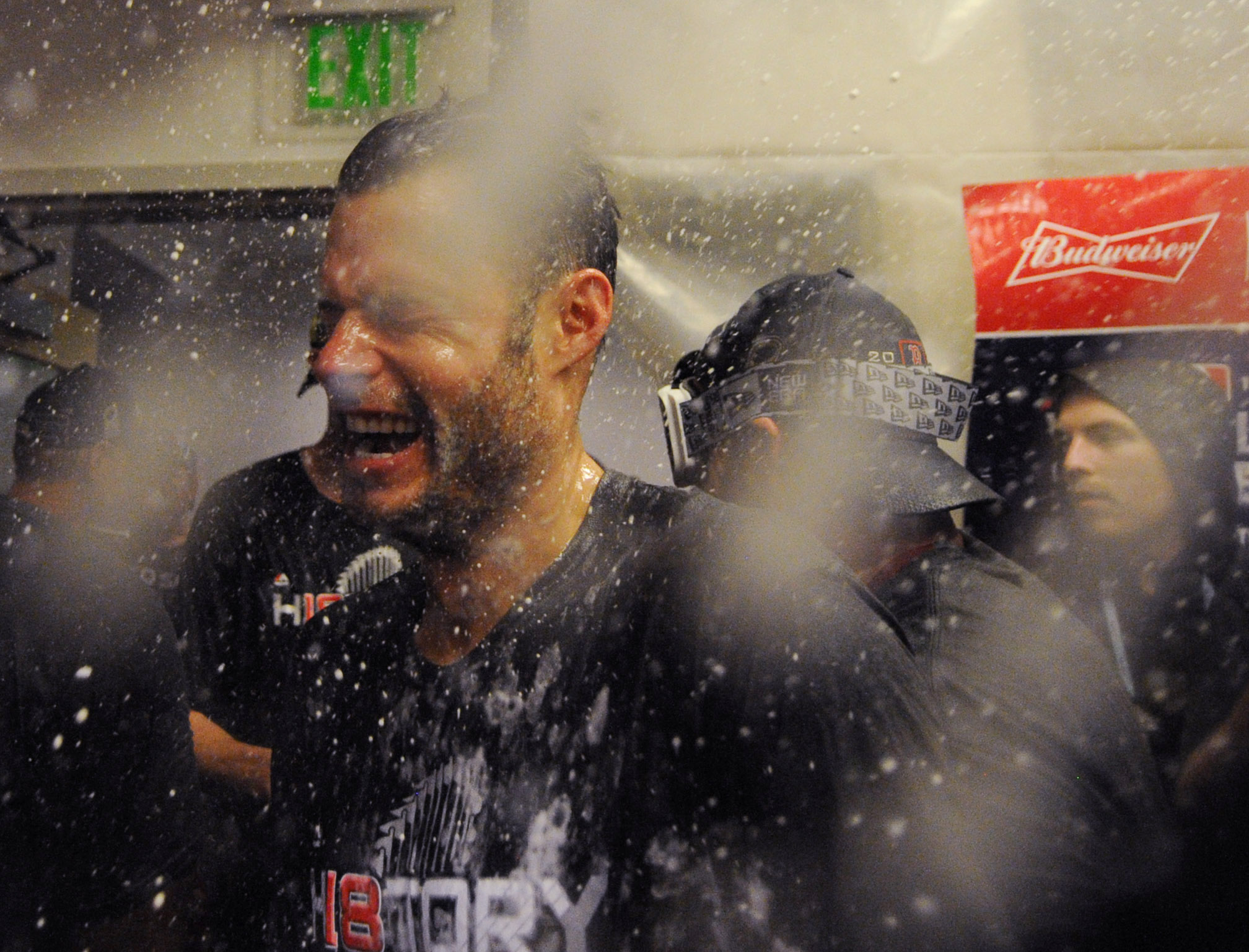 Since former President Barack Obama loosened the definition of Title IX, divisive battles have been fought over which bathroom students can use in school as well as what sports teams they can play on. Some companies have considered adopting plans covering the cost of therapies and surgeries for transgender and transitioning employees.