A combination of slower electricity demand and a changing fossil fuel industry has led to a 28 percent reduction in the power sector’s carbon dioxide emissions.

Despite President Donald Trump’s ambitious rollback of environmental regulations and attempts to revitalize the coal industry, data indicate the U.S. is reducing its carbon footprint under his administration. The country’s power sector has cut its carbon dioxide emissions by 28 percent since 2005, according to a Monday report from the Energy Information Administration (EIA). The country’s power sector had a total of 1,744 million metric tons of carbon dioxide emissions in 2017, the smallest level seen since 1987.

The drop in greenhouse gases are due to two main changes: slower demand growth for electricity, and the decline of coal in lieu of natural gas and subsidy backed renewables. In six of the past 10 years, demand for electricity has decreased. At the same time, natural gas has emerged as a cheaper and more efficient source for energy generation than coal. Natural gas surpassed coal as the main source of electricity generation in 2016. (RELATED: Happy Earth Day, Enviros — Emissions Are Dropping As Natural Gas Stays Top Dog)

Non-carbon sources of electricity generation have also made inroads in the past decade. Largely fueled by state and federal incentives, electricity generation from non-carbon power has increased from 28 percent in 2005 to 38 percent in 2017. Much of this growth is attributed to renewable sources, such as wind and solar, where hydropower and nuclear remained mostly stagnant.

This isn’t the first report to detail reductions in the power sector’s greenhouse gas emissions.

The Environmental Protection Agency’s study on more than 8,000 large facilities found greenhouse gas emissions to have fallen by 2.7 percent from 2016 to 2017. Additionally, large power plants saw their emissions drop 4.5 percent from 2016 levels. The EIA found earlier this year that CO2 emissions have hit a 67-year low under the Trump administration. 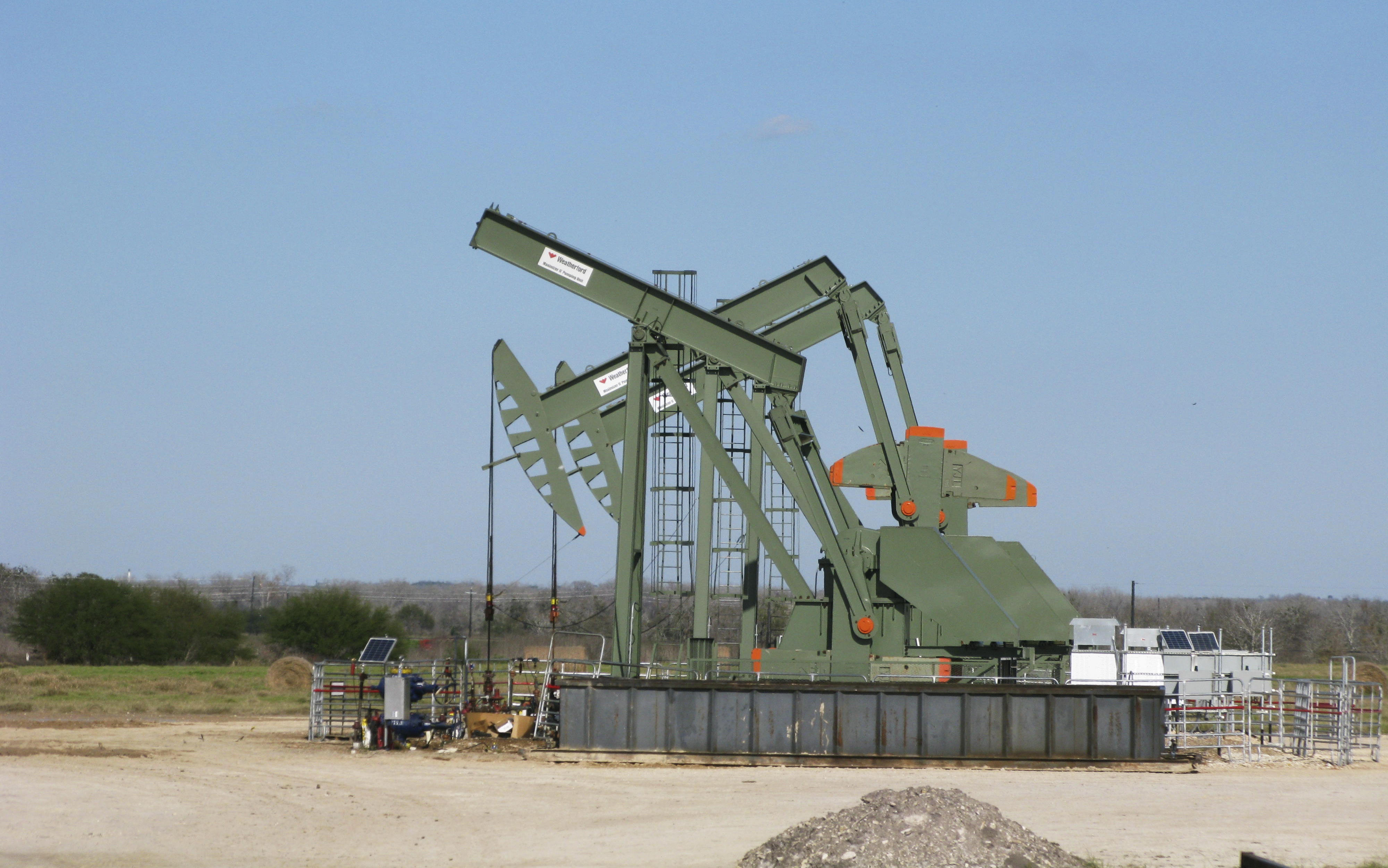 A pump jack stands idle in Dewitt County, Texas, on Jan. 13, 2016. U.S. shale companies, which led the fracking revolution that unlocked vast new supplies of crude from rock, are fast losing their footing as a deeper plunge in oil to below $30 a barrel intensifies a financial tailspin that started more than a year ago. REUTERS/Anna Driver

“We’re now the world’s largest producer of oil and gas, thanks in large part to technological innovation in west Texas and southeast New Mexico. Critics of oil and gas development in the Permian Basin have repeatedly cited methane as some sort of Achilles heel, but the facts show otherwise,” Steve Everley, a spokesman for Texans for Natural Gas, said in a statement on Oct. 18.

Everley’s comments follow news that the Permian Basin — a region in west Texas that is the most productive shale oil formation in the U.S. — was able to dramatically increase its oil and gas output in 2017 while at the same time lower its methane emissions. Much of the success has been due to technological innovation.