A group dedicated to freeing people who “self-induce abortions from policing, prosecution, and unnecessary government restrictions,” launched a helpline Tuesday for women who may be in legal trouble following an abortion or attempted abortion.

SIA Legal launched a hotline Tuesday meant to help women who are “questioned by police, arrested, or jailed in connection with an abortion,” according to its website. The website directs women to call the helpline and share only their first name — or a fake name — before briefly describing their legal needs. An SIA advocate returns the call from a blocked number and uses the alias, “Alex.”

“The problem is that they’re [women who self-induce abortions] getting investigated, arrested and locked up for it,” SIA legal team founder Jill Adams, told The Daily Beast, explaining why the group started its work. “So that’s why we came into existence—to try to help prevent that.”

“They want to know that there’s a number to call when it’s a person in their community, in their neighborhood, who gets nabbed next,” Adams added.

“Join us all week starting tomorrow 10/30 for a tweetchat about the criminalization of self-managed abortions and the launch of the SIA Legal Team’s new helpline! Follow #SelfManagedAbortion #AbortionWithoutPunishment #ReproLegalHelpline to participate!

The legal helpline is staffed by non-lawyer advocates, and their responses “should not be interpreted as a legal opinion,” the website writes in a disclaimer. (RELATED: Group That Helped Women Abroad Have Illegal Abortions Now Sending Abortion Pills To US)

“If they basically confess to the hotline operator and the operator testifies to that, that could conceivably be very damaging to the caller if there as a criminal prosecution,” Cornell Law School vice dean Jens David Ohlin told the Beast.

Adams said that SIA advocates will only request and record a small amount of information in order to protect caller confidentially and minimize risk, according to the Beast. 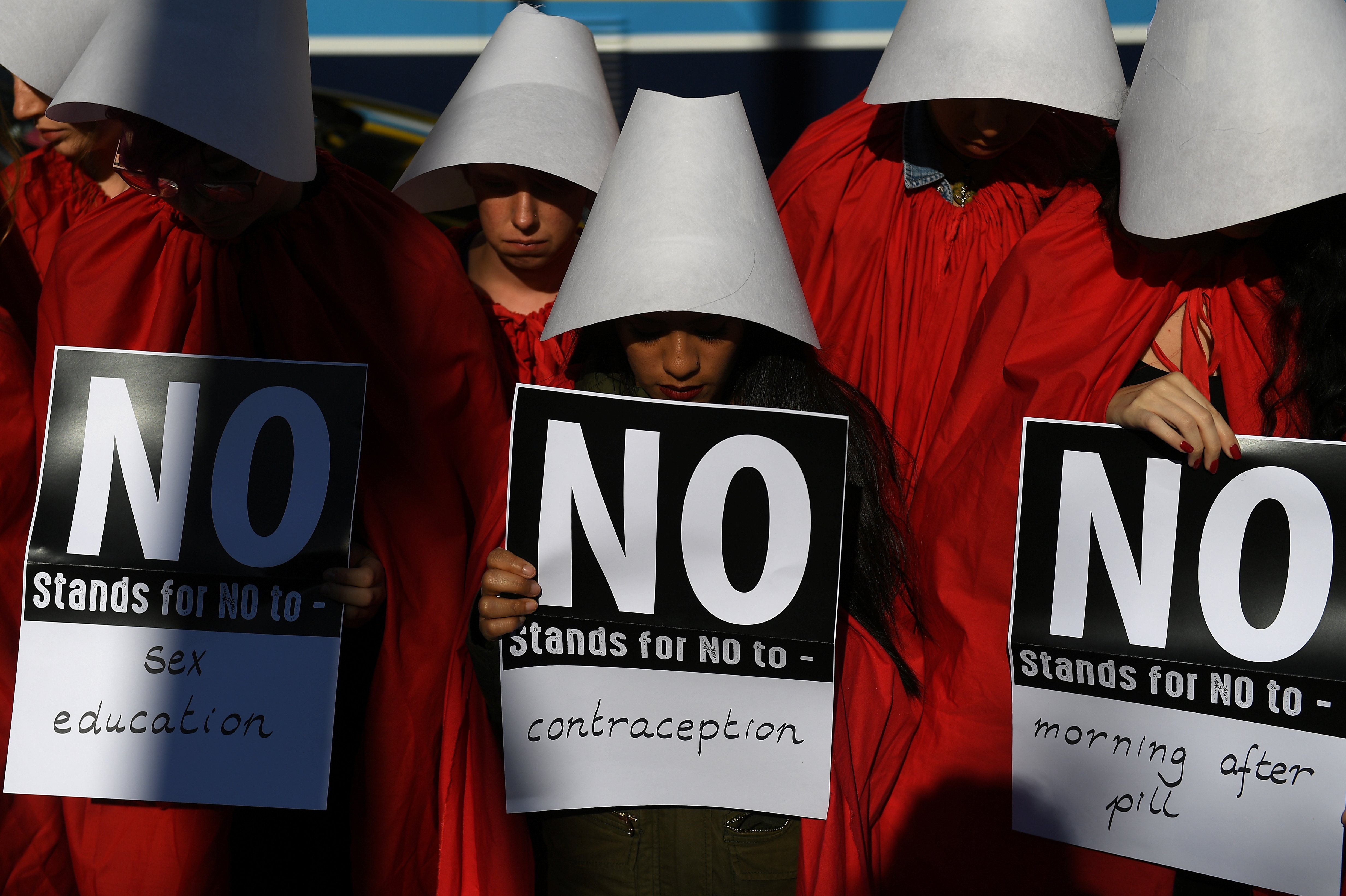 Pro-Choice activists dress up as characters from the Handmaid’s Tale in a City centre demonstration ahead of a May 25 referendum on abortion law, in Dublin, Ireland May 23, 2018. REUTERS/Clodagh Kilcoyne

The helpline’s launch comes after Women on Web founder Rebecca Gomperts quietly launched Aid Access in Amsterdam, a service that sends abortion pills to America. Gomperts alleges her activities are legal, purporting that the Food and Drug Administration allows people to import medicines for their personal use, putting her provision of the pills within the bounds of law.

Aid Access has sent roughly 600 pills to the U.S. The FDA began investigating the group shortly after it began operations.